Savannah Guthrie has been noticeably missing from Today over the summer, having taken a lot of time off the NBC daytime show.

MORE: Inside Savannah Guthrie’s home life with her children and husband

This is because the TV star is wanting to spend quality time with her young children, who are currently off school for the holidays.

Savannah is no stranger to doing this, having worked at home for a lot of the summer back in 2021, allowing for her to be there for her children.

The broadcaster has been making the most of every day she’s been with her kids, Vale and Charles, too, and making fun memories with them while they are not in class.

This has included spending the day at a waterpark – complete with giant slides and a huge pool, and going on a trip to the Dutchess Country Fair, which involved going on countless rides and eating candy floss.

Savannah’s fun-filled school holiday schedule for her children has also included a lot of time at home. The star has shared photos of them making cake pops, and spending the evening outside in the garden by the pool. 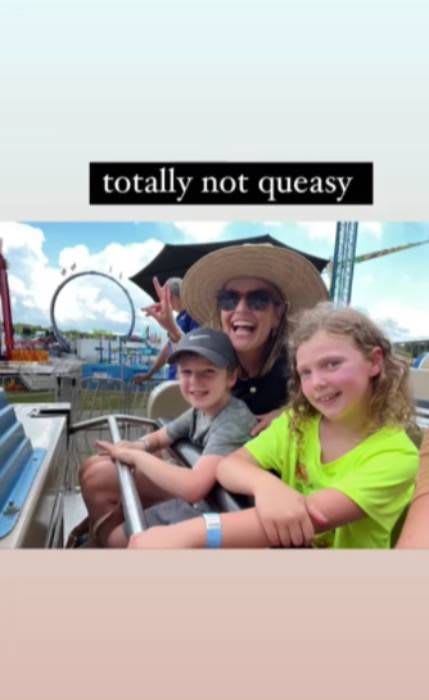 Savannah Guthrie has been making lots of memories with her children

Savannah has been in New York State for the majority of the summer, where she has a country house, complete with a sprawling garden and even a home gym.

MORE: Savannah Guthrie wows in stylish swimsuit photo with a twist during evening by the pool

The mother-of-two also has an apartment in Lower Manhattan, where her family spend the weekdays during school term time and while Savannah is working on Today.

The doting mom loves nothing more than being a parent and has often spoken out about her journey to becoming a mother.

She revealed that her son Charles was her and husband Mike Feldman’s “medical miracle” after she went through several rounds of IVF to welcome him.

“Because we are older,” she explained to Health magazine. “It was important to me for her [Vale] to have a sibling, somebody to do life with.

MORE: Today’s Savannah Guthrie was ‘mad’ at her co-star Hoda Kotb after the star didn’t listen to her

“My husband and I, we decided, ‘OK, let’s give it a shot,’ you know? But it ended up taking more than one attempt. It took a few,” she said.

“But we were lucky. I always say, Charley was, like, the last egg out. He really was. And we’re so blessed.”