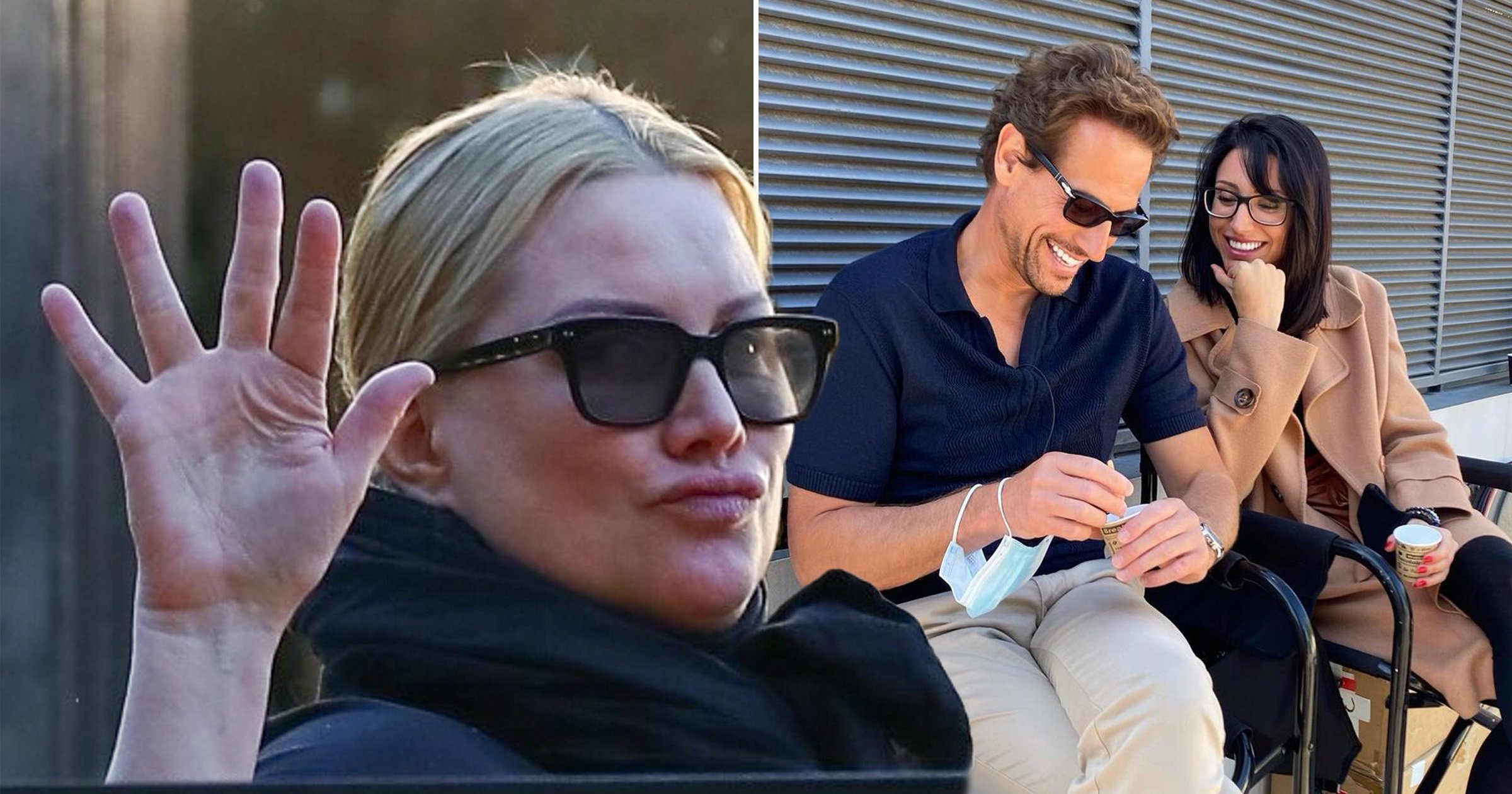 Ioan Gruffudd’s estranged wife Alice Evans has alleged the actor ‘couldn’t abide fatties’ and that he told her he would leave her if she gained weight.

The exes, who were married for 13 years, are going through a very public split, after Ioan, 47, debuted his new relationship on Instagram this week.

Since then, Alice has been very vocal about the split on social media, and in a new string of tweets, the 102 Dalmatians star claimed that Ioan didn’t like when she put on weight.

In response to a follower who wrote: ‘@IoanGruffudd likes his women anorexic skinny. Time to dig out the thighmaster and cigarettes’, Alice responded: ‘You’re not wrong. He told me several times over the years that he couldn’t abide ‘fatties’ and he would leave if I gained weight.

‘I guess he was true to his word this time!’

Alice, who shares two daughters with Ioan, was pictured smiling outside her home in Los Angeles on Thursday, and waved at waiting photographers.

The actress wore a pair of dark sunglasses and a scarf, and did not appear to be wearing her wedding ring.

Liar star Ioan filed for divorce from Alice in February, citing irreconcilable differences, and the papers stated that they separated on New Year’s Day 2021.

The actor is now dating Bianca, 29, after meeting her in Brisbane on the set of his TV series Harrow, on which she was an extra, and Alice accused her ex of cheating on her for ‘three years’.

She tweeted: ‘So it turns out that my husband, after two years of telling me I’m a bad person and I’m not exciting and he no longer want so to have sex with me and he just wants to be on set abroad…

‘‘Has been in a relationship for THREE years behind all our backs. Good luck, Bianca.’

Alice provided no evidence for the affair, and later said of her theory that he had been cheating on her for three years: ‘He’s been in OZ for three years He started becoming weird the first year. Maybe it’s not three years. Would it be better if it was only one, as her family are saying?’

The mum-of-two also called out Ioan’s Harrow co-star Ella Newton, who had commented on his and Bianca’s relationship reveal.

Alice tweeted: ‘So you KNEW they whole time and you CONGRATULATED them? Do you know they have broken up. family? How can you possibly ? This will stay with you forever [sic].’

Ella, who plays Ioan’s daughter on the show, replied: ‘Hey Alice! Definitely have no idea of what’re you’re talking about! Ioan said that he is happy on Instagram and I commented a love heart because we are friends and it’s nice to see him happy! Hope you’re well’ – with Alice responding: ‘ELLA: YOU KNOW.;

Fantastic Four Ioan has yet to comment on his estranged wife’s allegations.