In the music world, there is one starlet who most people generally consider to be an absolute darling and the ultimate celebrity beauty. There is no one quite like the iconic Dolly Parton. Even for those who don’t necessarily appreciate country music, she’s a respectable legend in the music industry.

While her albums speak for themselves, including her one-of-kind melodic voice and heart-tugging songwriting skills, Parton is also a master of her brand. Her look, style, and persona are just as impressive as her music.

You might first think of her petite figure or brilliant blonde hair. But there’s also her famed beauty mark. So, is that beauty mark the real deal or just another piece of her styled look?

An entertainment career for the ages

Parton is just as dedicated to her look as she is to her music. A lot goes into creating and maintaining that style fans know and love. She’s always been all about glitz, glamour, and rhinestone everything. Parton is not shy about admitting to having cosmetic procedures and a rigorous style routine that includes 24/7 makeup and flowing blonde wigs.

Aside from the upkeep of such a high-maintenance appearance, some wonder about Parton’s famous beauty mark below her lip. Is it painted on, or is that an authentic feature? According to the Baltimore Sun, the mole is natural and entirely hers. So, while other stars might have taken to penciling in those beauty marks, Parton’s is believed to be authentic. 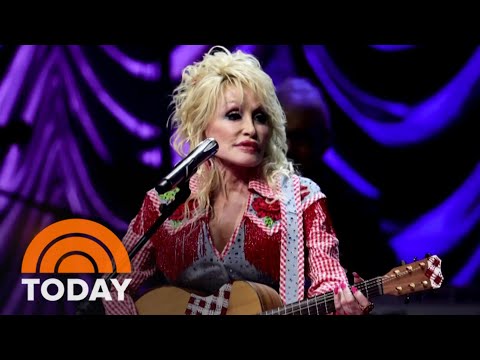 How did facial moles become synonymous with beauty and eventually transform into the term “beauty marks?” The Baltimore Sun suggests it began back in the royal days of the French courts.

Back then, people considered fashionable to be pale and pasty white in complexion. Women would often dot their own lips with a mark intended to look like a mole, to emphasize and accentuate the whiteness of their faces. It was then they were called beauty marks.

But in modern times, the beauty mark also made a comeback in fashion for a number of women. Cindy Crawford’s natural beauty mark helped propel the association with the upper or lower lip mark with beauty. Others, including Janet Jackson, Paula Abdul, Elizabeth Taylor, and Madonna, have profiled their unique marks.

Fans have to decide whose are real and whose are drawn in, of course. Today’s moles aren’t about promoting anything more than the beautiful face they’re situated on, either. Dolly Parton fans expect their darling to continue being incredible in music and with her style. But now they know her beauty mark is just as authentic as her voice — and uniquely hers.