Ivanka Trump donned a black bikini and went yachting with husband Jared Kushner and his pardoned ex-con dad in Miami, while Congress is still investigating the Jan. 6 U.S. Capitol siege.

Ivanka Trump appeared to not have a care in the world as she went yachting in Miami, amid Congress’ investigation into how her former president dad Donald Trump whipped up supporters to incite a deadly riot at the United States Captiol on Jan. 6. Now that Trump has been voted out of office, former presidential advisor Ivanka is back to living large in the one percent, as she and husband Jared Kushner frolicked on a yacht with his billionaire ex-con dad Charles Kushner, who Trump pardoned just before leaving office.

Ivanka, 39, could be seen looking stunning in a black bikini, jumping off the back of the yacht with nine-year-old daughter Arabella into the waters of Miami’s Biscayne Bay on Feb. 28. Her other two children, sons Joesph, 7, and Theodore, 4, were already in the water on floaties next to the yacht’s ladder. You can see the photos here. 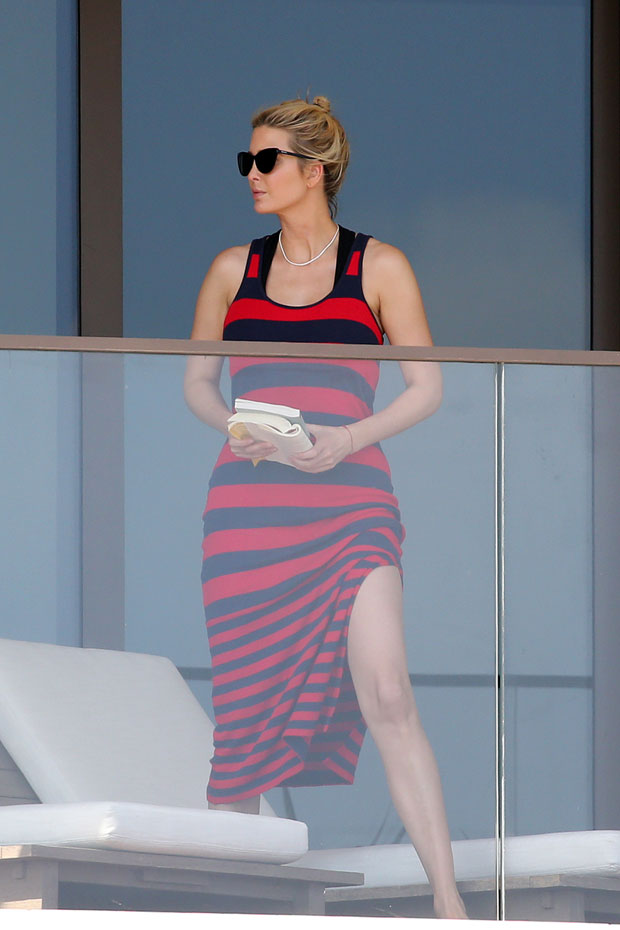 Ivanka Trump is settling in to life as a South Floridian in her ultra luxury Miami Beach rental condo, as seen on her balcony on Feb. 8, 2021. Photo credit: MEGA.

Jared, 40, and Charles, 66, sat on the back of the yacht watching Ivanka and Arabella’s fun in the sun. Charles was sentenced to serve two years in prison in 2005 after pleading guilty to preparing false tax returns, witness retaliation, and making false statements to the Federal Election Commission. He served 14 months at a Federal Prison Camp in Alabama before being released to a halfway house. In a Dec. 23 , 2020 statement from the White House regarding Kushner’s clemency, it read that his “record of reform and charity overshadows Mr. Kushner’s conviction and 2 year sentence.” 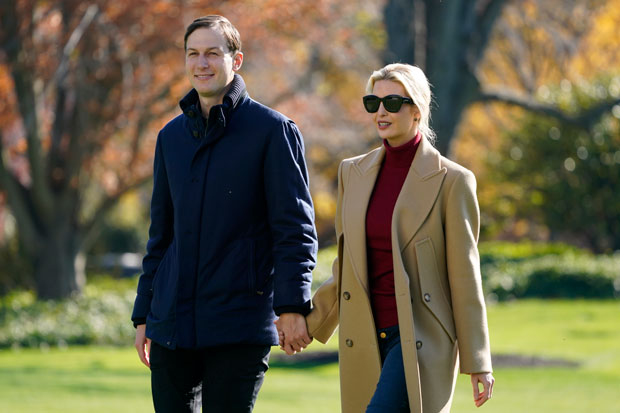 Ivanka and Jared moved to Florida in January as her father left office. They’re currently renting a lavish condo at Arte Surfside, a building of 16 oceanfront Miami Beach luxury condos that start at $8.5 million. In Dec. 2020, the couple plunked down a cool $31.8 million for a 1.84 acre plot of land on the ultra swanky and private Indian Creek Island, which has the nickname “Billionaire’s Bunker.”

The couple has been a regular presence out and about in South Florida after spending four years in Washington D.C. On Feb. 24, the pair took a romantic stroll on the beach where they held hands. They also went for a jog together in the bright Miami sunshine on Feb. 27. Her former POTUS father is now living full time at his Mar-a-Lago estate in Palm Beach, FL, an hour north of where Ivanka and Jared are currently residing. Congress is currently in the midst of investigating the US Capitol attack that Trump incited among his followers at a D.C. rally, after falsely claiming the 2020 presidential election was “stolen” from him and rigged.