Canelo Alvarez is widely considered the greatest pound-for-pound boxer on the planet … and Jake Paul thinks he can beat him in a boxing match — saying he’s “very confident” he’d come out on top!!

Remember, the YouTuber-turned-fighter previously told TMZ Sports he was eyeing a future bout with the Mexican superstar … in an attempt to becoming “the most disruptive boxer in the history of the sport.” 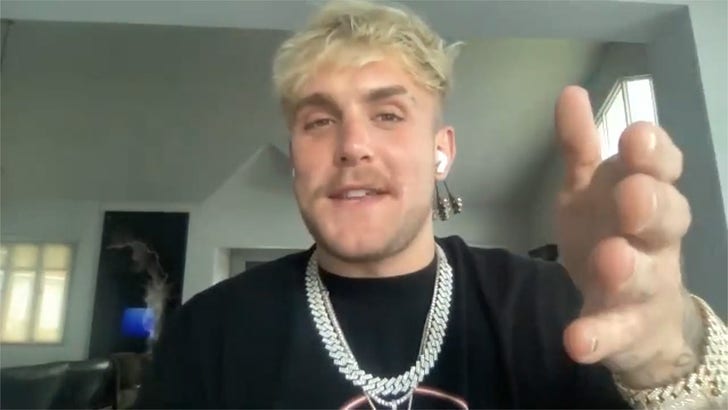 But, Paul doesn’t just think he’ll enter the ring with the guy — Jake’s now saying he thinks he can WIN.

“I’m very confident,” Jake told Maxim. “He’s a killer at 168 pounds, but people forget that I naturally walk around at about 205, so there’s a big weight difference. There’s a big height advantage.”

Paul — who’s set to fight Tyron Woodley in Cleveland next month — adds he’s not impressed with Alvarez’s recent opponents … saying, “They’ve all been easy guys who just sort of fall on their ass.”

There’s a bit of history between the guys — Canelo told us back in December 2020 the Paul bros were disrespectful to the sport, so there’s already a good storyline to go with it.

JP says he understands the opportunity won’t come without hard work — he says he’ll keep fighting tougher opponents and working on his craft every day — but is confident Alvarez will eventually take the bait.

“At the end of the day, this is a business,” he said. “If Canelo sees that, he’s going to want to get in on the business.”

close moose encounter, south pa
You may also like: