James Acaster has opened up about his widely-praised comedy set, which saw him take aim at comedians who ‘punch down’ at marginalised communities.

The comic, who’s currently gearing up for the release of Hypothetical series four on Dave, joked about ‘edgy’ comedians and the need to be ‘challenging’ in his comedy special Cold Lasagne Hate Myself 1999, with the clip later circulating on social media.

‘Most edgy comics look like me,’ he said in the special. ‘Race and gender wise. They say whatever they like, edgy comedians. No one tells them what they can and can’t say.

‘If people on the internet get upset about it, the comedian’s always like, “Bad luck! That’s my job. I’m a stand-up comedian, I’m meant to challenge people. If you don’t like being challenged, don’t watch my shows. What’s the matter guys, too challenging for you?’”‘

‘Oh yeah,’ he went on. ‘Because you know who’s long been overdue a challenge? The trans community!

‘Oh, they’ve had their guard down for too long, if you ask me. They’ll be checking their privilege on the way home now thanks to you, ya brave little cis boy!’ 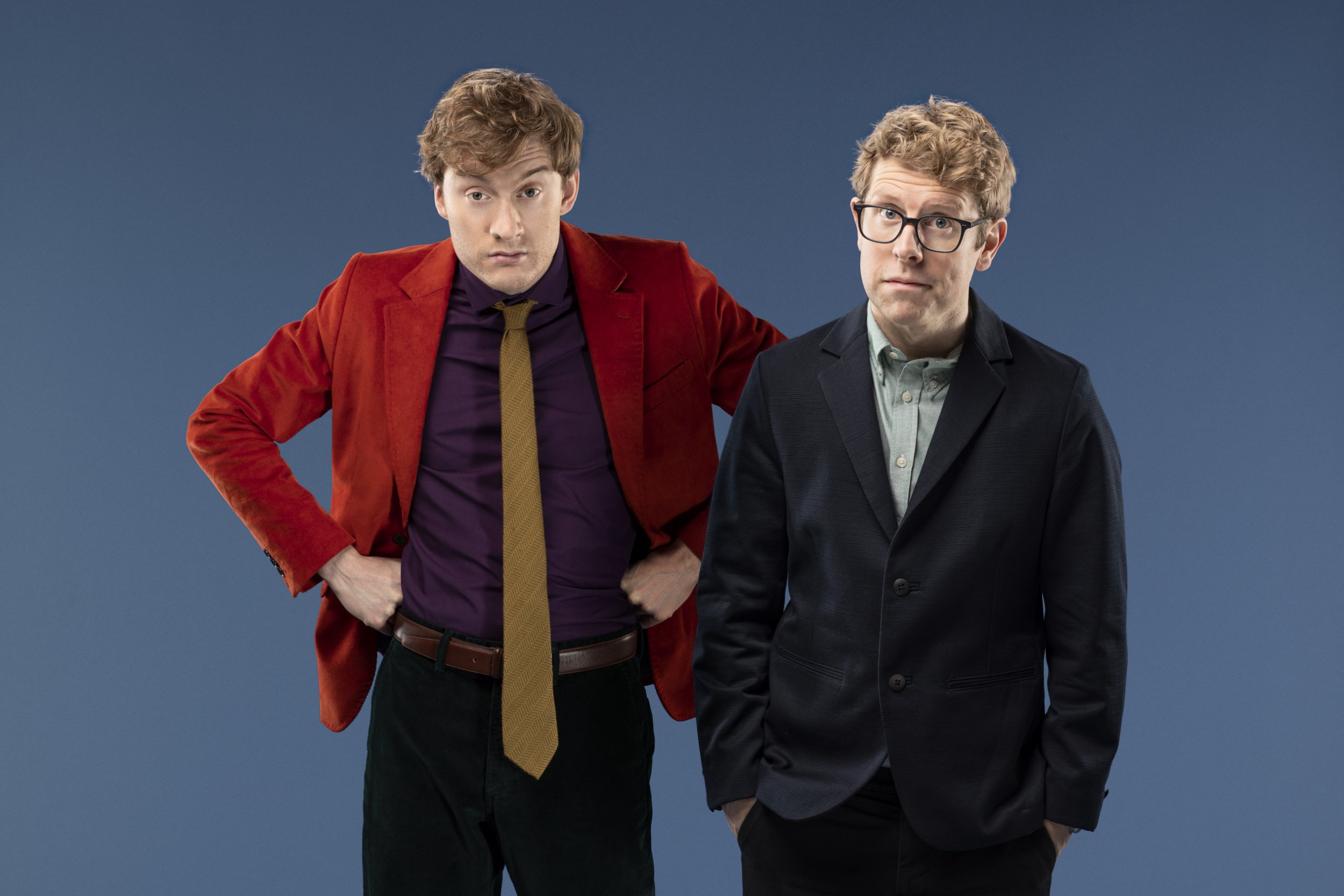 After people became a little obsessed with the clip, James reflected on why it was so important to him.

‘I was nervous in the sense that I didn’t want to mess that joke up,’ he told Metro.co.uk.

‘It was important to me to do it because – first of all, it started, like a lot of comedy routines do, if you see something that’s ridiculous or silly, then you want to make a joke about it and I think the attitude of comedians saying that they’re challenging people with their comedy and then punching down is just completely nonsensical because that’s not how challenging people works.

‘That was the first thing that made me want to do a routine about it and then I guess I carried on doing the routine because if, in your place of work, people are behaving in a way that’s not appropriate or acceptable, or that you’re opposed to, it’s probably on you to speak out about it.

‘I wouldn’t say I was speaking out about it but it was other comedians doing that sort of stuff so I thought I’d rather not totally keep my mouth shut about it.’

As well as his comedy specials, James is known for his podcast Off Menu and shows like Hypothetical, which he hosts with Josh Widdicombe.

Teasing what we can expect from the new series, he explained: ‘There’s loads of guests on that we’ve not had before.

‘New people who approach the hypotheticals completely differently and also returning guests who are hypothetical favourites’.

One guest sure to cause a bit of chaos is Rosie Jones, who’s returning for an episode.

‘Something didn’t go to plan but that made the edit so I’m looking forward to that and it’s in the episode with Rosie Jones and, unsurprisingly, the thing that doesn’t go to plan involves Rosie,’ James recalled.

‘I think with this show, if something goes to plan, it goes in.’

‘It involves Rosie Jones, a table, and a 90s celeb,’ James he added and we’re definitely intrigued.

Meanwhile, although other shows have been covering the pretty chaotic news about the government at the minute, Hypothetical looks to be a full escape from reality – to the point that, in previous series, the hosts weren’t actually allowed to talk about the Covid pandemic.

‘I don’t think we’ve got anything that’s about the government on this particular one,’ James reflected. ‘We can only go so ridiculous on this show – you can’t involve the actual government, that would be too far-fetched.’

Hypothetical series 4 airs Wednesdays from May 18 at 10pm on Dave and UKTV Play.