More details are coming to light about Jana Kramer’s decision to file for divorce from her husband Mike Caussin.

On April 21, the 37-year-old country singer took to Instagram with a lengthy statement hinting that her marriage to the 34-year-old former football pro was over.

JANA KRAMER SEEMINGLY ANNOUNCES SPLIT FROM MIKE CAUSSIN: ‘NOTHING ELSE TO GIVE’

Kramer also listed April 20 as the day of their separation, which was just one day before she announced on social media that she had given her marriage her all.

Kramer requested that the Tennessee court uphold a postnuptial agreement the two had in place after tying the knot. She’s also seeking primary custody of their two children — son Jace, 2, and daughter, Jolie, 5, but requests that Caussin is allowed visitation time.

Kramer has also requested that Caussin cover her legal fees, the report states.

“As I try to make sense of a reality I never wanted to believe could be possible again, those words have now become a reality,” she began. “I’ve fought y’all.”

“I’ve loved hard. I’ve forgiven. I’ve put the work in. I’ve given everything I have, and now I have nothing else to give,”  Kramer’s post continued. 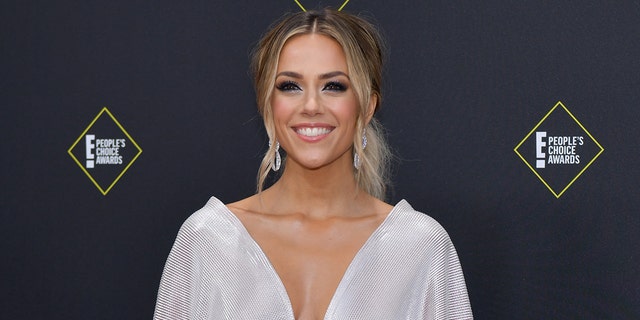 The star assured fans that she still believes “whole heartedly in marriage, love, and rebuilding” despite the split after six years of marriage.

“I just can’t fight any longer. It’s time to heal,” she added. “Thank you for all the love, heart, and support, in many ways you have fought on this journey alongside me, and for that I am grateful.”

They first married in 2015. Kramer revealed last year that Caussin had filed for divorce in 2016 while she was competing on “Dancing with the Stars” and he was in rehab treating his sex addiction, but the two reconciled.

The marriage is Kramer’s third. She was previously married to Michael Gambino in 2004. In 2010, she married Johnathon Schaech, who she divorced the next year.

News of the split comes just seven months after the release of their book, “The Good Fight: Wanting to Leave, Choosing to Stay, and the Powerful Practice for Loving Faithfully,” which discusses how they bounced back from Caussin’s previous cheating.