Jason Oppenheim Invites Chrishell Stause to Dinner With His Parents

It appears Jason Oppenheim’s relationship with Chrishell Stause is getting more serious, as the luxury real estate broker invited his new girlfriend to have dinner with his family at upscale Italian eatery Pace in Los Angeles Wednesday night. In addition to Jason’s parents, Bennett and Deborah Oppenheim, the Selling Sunset stars were joined by his brother, Brett Oppenheim, and girlfriend Tina Louise.

The group of six seemed to be enjoying their time together, exchanging plenty of laughs and hugging goodbye as seen in paparazzi pics taken from their night out. According to an eyewitness, Jason and Chrishell packed on a bit of PDA while waiting for their car. 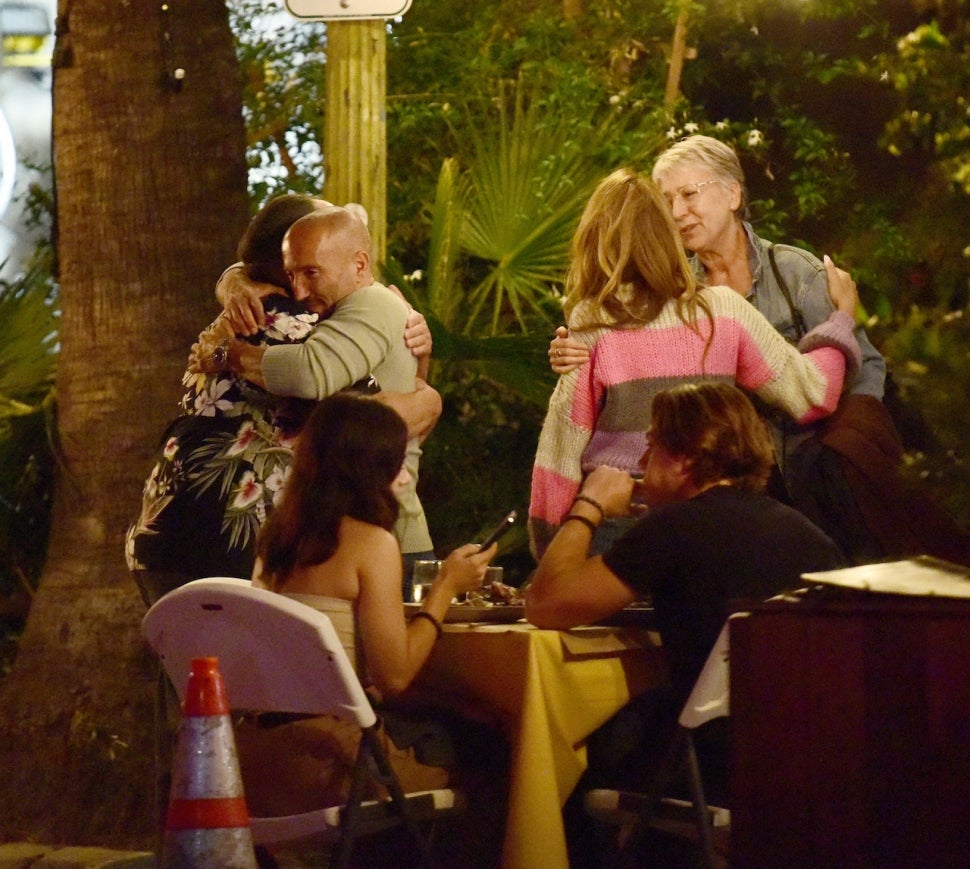 The outing comes just a few days after Jason, 44, and Chrishell, 40, made their red carpet debut as a couple. The lovebirds attended the premiere of Shang-Chi and the Legend of the Ten Rings in Los Angeles Monday night, posing for pics together on the red carpet.

Speculation about the pair began in late July when Chrishell took to Instagram to share pics from her trip to Italy with her Selling Sunset co-stars, and showed PDA with Jason in some of the snaps.

Shortly after, a rep for Jason confirmed their romance to ET.

“Chrishell and I became close friends and it has developed into an amazing relationship,” Jason said in a statement. “I care about her deeply and we are very happy together.”

Hear more in the video below.