Jennifer Lopez and Alex Rodriguez have broken up. After a two-year engagement and four years of dating, the pair officially called it quits, they revealed in a joint statement to ET.

“We have realized we are better as friends and look forward to remaining so,” the former couple said. “We will continue to work together and support each other on our shared businesses and projects.”

“We wish the best for each other and one another’s children,” they continued of Lopez’s 13-year-old twins, Emme and Max, and Rodriguez’s daughters, Natasha, 16, and Ella, 12. “Out of respect for them, the only other comment we have to say is thank you to every one who has sent kind words and support.”

Hours before the announcement, Rodriguez shared an Instagram Stories video of framed photo of himself and Lopez, tagging the performer in the post. 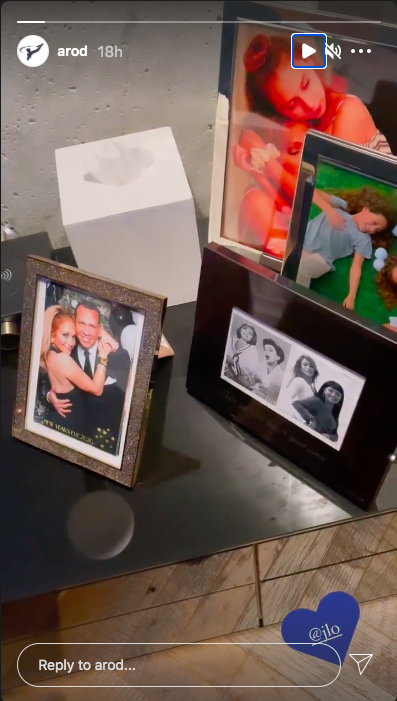 Prior to their split, multiple sources told ET on March 12 that the two had called off their engagement, with one source noting that the 45-year-old former baseball pro and the 51-year-old triple-threat star had decided their relationship “had run its course.” However, one day later, a source told ET that the two were continuing their relationship and “working through things,” and that “no third party was involved.”

Lopez mocked the split headlines in a TikTok set to rapper Saweetie’s song, “Pretty B**ch Freestyle,” while Rodriguez declared he was “not single” in a video obtained by TMZ. He also tagged Lopez in an Instagram post, writing, “New week. New day. Onward, upward.”

Another source later told ET that both Lopez and Rodriguez’s kids wanted them to work things out.

“Their kids have grown to be so close and they are all hoping for the best,” the source said.

Amid the rumors, the former pair visited the Dominican Republic together last month with their children, sharing photos on social media from the trip. But Lopez shared several new photos to Instagram this past week, not wearing her engagement ring, adding further fuel to the split speculation.

ET MÁS, Jennifer Lopez, News
You may also like: