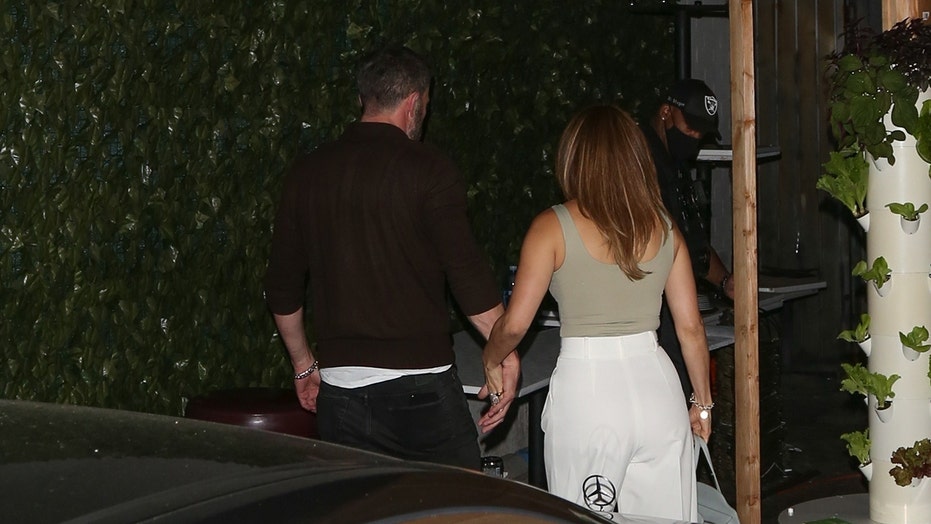 The trio was spotted exiting the famous celeb hotspot Craig’s in West Hollywood on Wednesday.

Lopez, 52, wore white, wide-legged slacks, a green tank top and accessorized with gold chains around her neck for the outing, while Affleck was dressed more casually in a brown sweater and black jeans. 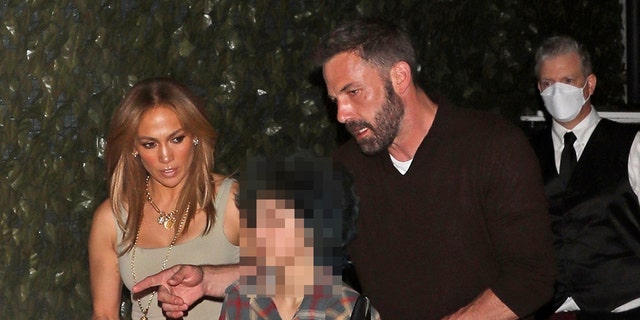 Jennifer Lopez and Ben Affleck went out on the town with her daughter.
(Backgrid)

Emme, like her mama, wore a statement-making outfit and rocked a flannel shirt with paint-splattered jean shorts.

Affleck, 48, appeared to be getting along with J.Lo’s daughter and they were seen chatting as they exited the restaurant. Her twin brother, Max, did not appear to be present.

The “Gone Girl” actor has been seen spending a lot of time with Lopez’s family and even had his own kids join J.Lo’s kids for an outing in July and he dined with both of her kids in Malibu in June. Their families also came together for a day of fun at Universal Studios in Hollywood. 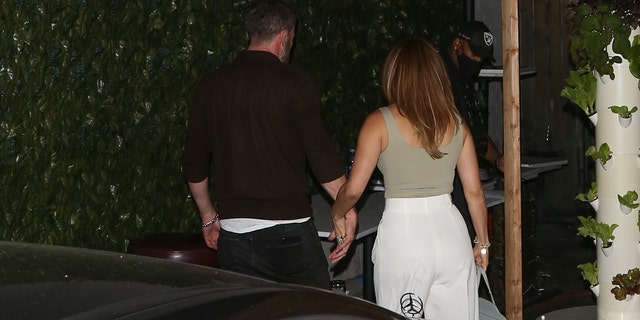 Ben Affleck and Jennifer Lopez go out to dinner in West Hollywood.
(Backgrid)

J.Lo rekindled her romance with Affleck in April following her breakup from fiancé Alex Rodriguez. Her new relationship with Affleck comes 17 years after they called off their initial engagement in 2000.

Lopez shares her twins with ex-husband Marc Anthony, to whom she was married from 2004 to 2014.

Meanwhile, Affleck shares three kids, Violet, 15, Seraphina, 12, and Samuel, 9, with ex-wife Jennifer Garner. The pair finalized their divorce in 2018 after a decade of marriage.