Jennifer Saunders and Joanna Lumley’s Absolutely Fabulous outlandish characters were so popular that they quickly became household names. In fact, the programme was such a hit it was transformed into a glitzy 2016 film which is being shown on BBC Two on Saturday, September 24. Full of tongue-in-cheek gags and touchy subjects, Saunders has previously noted the extent modern culture has changed comedy, with it being likely that the show, known simply as Ab-Fab, would have been altered significantly had it been made today. The 64-year-old, who plays Edina Monsoon, explained how if she were writing today, she would have talked herseelf out of certain creative choices.

During the hit series, Saunders, who plays Edina Monsoon, and Lumley, who plays Patsy Stone,, often made jokes about being fat and ageing. Saunders’ character even once joked that a mixed-race baby is the “finest accessory” a person could have.

Nowadays, Saunders said, you are constantly told “you can’t say that” when you say something controversial.

Speaking to The Sun last year, she mused: “What p****s me off? Quite a lot of stuff actually. I get p****d off by people and gentle criticism all the time. 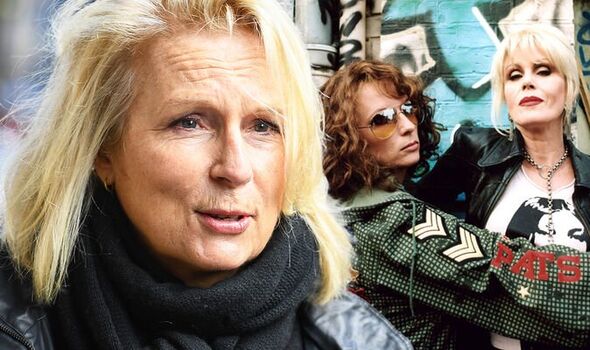 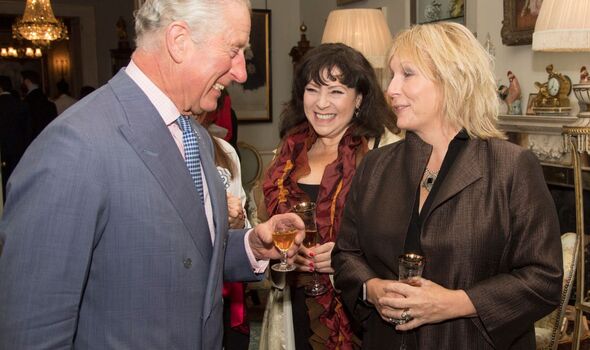 Ab-Fab ran for a decade with the pair leaving audiences in stitches, the characters in a constant haze of drunkenness and cigarette smoke, often ranting to each other.

But the BAFTA award-winning comic said if the show had been made today, it would have been drastically different as she might have shied away from making certain jokes.

She continued: “I think it has changed comedy like what we used to make. I think we would probably talk ourselves out of most of it now. It would be like, ‘We won’t have a good answer so let’s not do that’.

“I think people do talk themselves out of stuff now because everything is sensitive.” 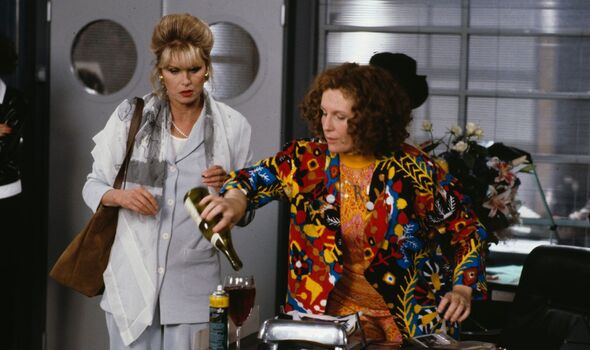 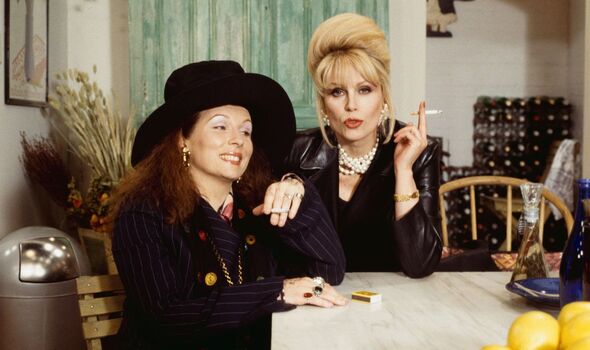 Fellow Ab-Fab star Helen Lederer, who played Catriona, also backed Saunders’ sentiment, agreeing that today comics cannot be as “thoughtless and off the cuff” as they once were.

She told Express.co.uk last year: “Particularly now, we are struggling a bit as a community, you know, we’ve evolved to where we’re at.

“I think we’re learning to communicate and laugh (differently). People are very angry.

“Things like BLM [Black Lives Matter] and all of these other important things have given us pause for thought, to think.

“Now if you’re writing a gag – and wit is very quick, if you even look wit up in the dictionary it says it has to be done at speed to illicit laughs – so you can’t do that (now).”

DON’T MISS: Who do we have a trade deal with now? Britain’s closest partners [ANALYSIS]
250 Russians dead in military base strike [REPORT]
‘Royal flop’ Harry and Meghan being ‘frozen out’ of Hollywood  [INSIGHT] 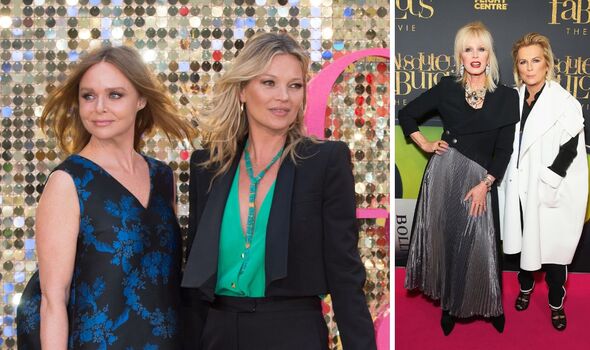 Absolutely Fabulous: The Movie, was released in 2016 and had a glittering cast, including the likes of top model Kate Moss.

Although Saunders said the show would be different if made now, in an interview with You magazine, the actress admitted she still wants to do an Ab Fab musical and talks about it often with Lumley.

Speaking in May she said: “‘We were talking about it again just the other day. I love the idea of Patsy breaking the fourth wall, and being just fascinated by the crowd throughout, which no one else on stage can see. We’d do songs from the Sixties and Seventies and, as neither of us can really sing, we’d do a bit of drag-queen lip-syncing.’

Ab-Fab was seemingly a hit abroad with a French film version produced, although it did not fare well with French critics as they felt the British humour did not translate.

Absolutely Fabulous: The Movie airs on BBC Two at 11.40pm on Saturday, September 24.