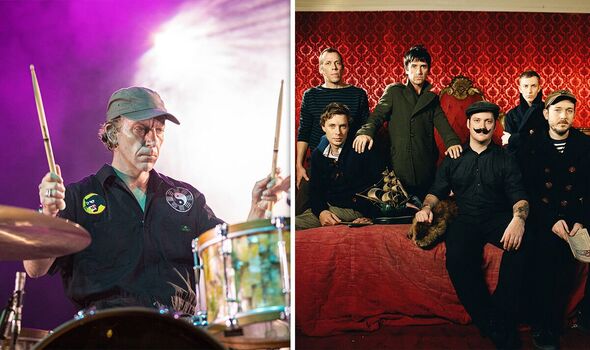 Jeremiah Green, who was recently diagnosed with cancer, has sadly died at the age of 45. He was one of the founding members and drummer of the rock band Modest Mouse.

Modest Mouse confirmed the tragic news of his death via social media.

They wrote: “I don’t know a way to ease into this: Today we lost our dear friend Jeremiah.

“He laid down to rest and simply faded out,” they added.

The group went through numerous lineup changes over the years, but Jeremiah and Isaac remained as constants.

They began rehearsals in a shed in the early 1990s, and it was only two years after their humble beginnings that they would go on to record their musical debut with small-town indie label K Records.

The band’s debut album, This Is a Long Drive for Someone with Nothing to Think About, dropped in 1996.

Their fourth album, Good News for People Who Love Bad News, achieved mainstream success in 2004 with singles like Float On and Ocean Breathes Salty.

The Smiths Guitarist Johnny Marr went on to join the group in 2006 and Black Heart Procession percussionist Joe Plummer followed that same year.

Meanwhile, bassist Eric performed on every Modest Mouse album until his departure in 2012.