President Joe Biden was by his wife, Jill Biden’s, side when she underwent foot surgery on July 29. The procedure came after the First Lady got an object lodged in her foot while walking on the beach in Hawaii.

Jill Biden is recovering after having surgery on her foot at Walter Reed Medical Facility on July 29. She “underwent a successful procedure on her left foot to flush out debris from a puncture wound,” her spokesperson, Michael LaRosa, confirmed. The puncture occurred while the First Lady was in Hawaii on July 25, and she stepped on something while walking on the beach. Luckily, the surgery went well and as planned.

“The wound is now clean, free of infection, and it is anticipated that it will heal nicely,” LaRosa added. He also confirmed that President Joe Biden was with Jill in the hospital when she had her procedure done, and was by her side to return to the White House when she left on Thursday evening. He headed to the Bethesda, Maryland hospital after speaking about the coronavirus pandemic at the White House earlier in the afternoon. 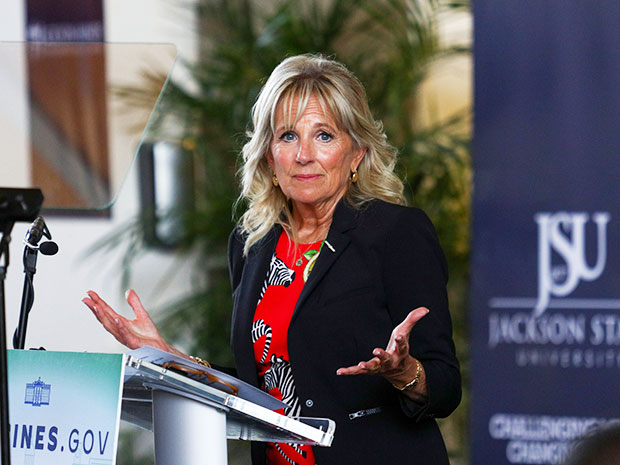 The First Lady’s trip to Hawaii came after a stop in Tokyo, Japan, where she led the U.S. delegation to the 2020 Olympics on Friday, July 23. While in Japan, Jill met with Japanese Emperor Naruhito, and showed her support for Team USA by wearing a mask with an American Flag on it. Jill was also in the crowd to cheer on Team USA on the first day of competition, July 24. 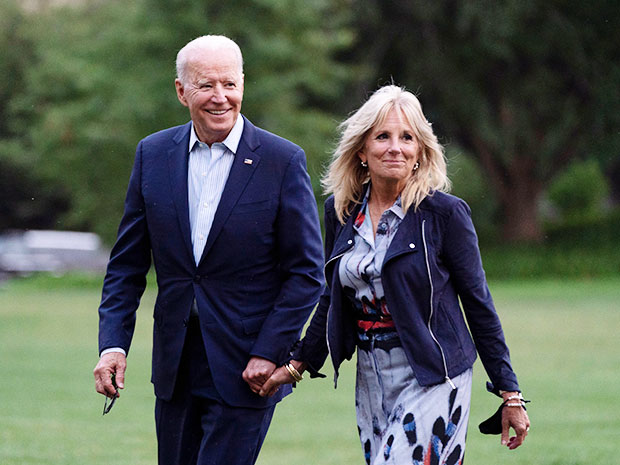 Meanwhile, in Hawaii, Jill hit up a high school coronavirus vaccination clinic. She toured the facility and spoke to the crowd there, as well. She also spent time with military families at Joint Base Pearl Harbor-Hickman, and attended a barbecue with the group. It was a quick trip, as she returned to Washington D.C. on July 26. It was during some down time in Hawaii, while Jill was walking on the beach, that the incident happened where she punctured her foot. The object that was lodged in her foot has not been confirmed.