John Cena and his wife, Shay Shariatzadeh, were spotted grabbing lunch together on April 12, and Shay couldn’t help but keep her hands on her muscle man.

Shay Shariatzadeh, 31, has been by John Cena’s side as he films his Suicide Squad spinoff series, Peacemaker. The happily married couple was seen getting some lunch on a rare outing together in Vancouver during a break from filming. As they walked down the street, Shay had her arm wrapped tightly around John’s muscular arm as he held their lunch bag. 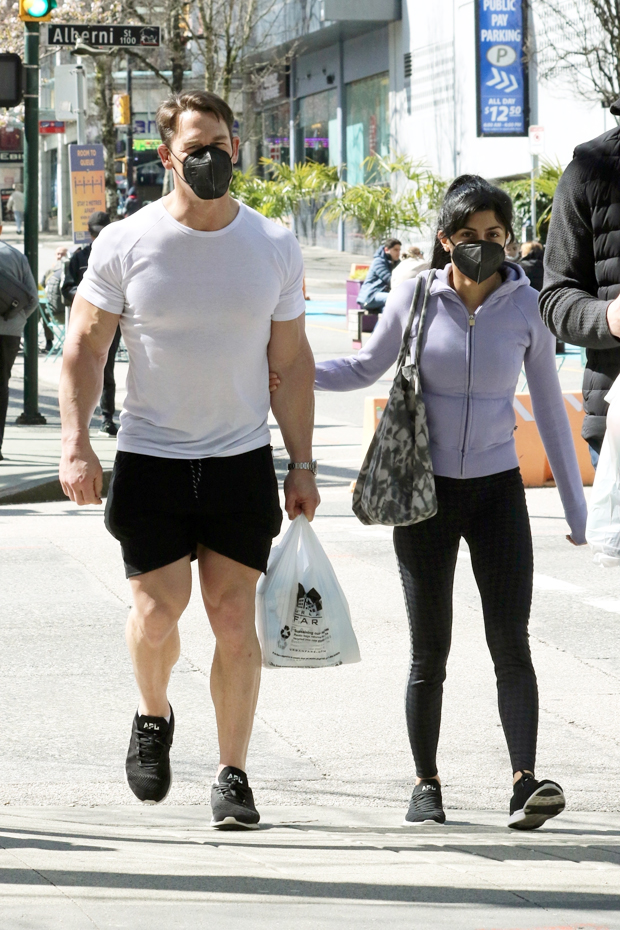 John showed off his beefy muscles in a tight white t-shirt. He also gave a glimpse at his very muscular thighs in black shorts. Shay looked relaxed and casual in a purple zip-up jacket and black workout pants. Both John and Shay were masked up while walking around on a Vancouver street.

During their rare outing, Shay was very clever in covering up her engagement and wedding rings. She pulled the sleeve of her purple jacket over her hand so photographers couldn’t get a glimpse of the rings. Shay has yet to show off those rings from John, even though she’s been married for 6 months. However, both John and Shay have kept their relationship very private. 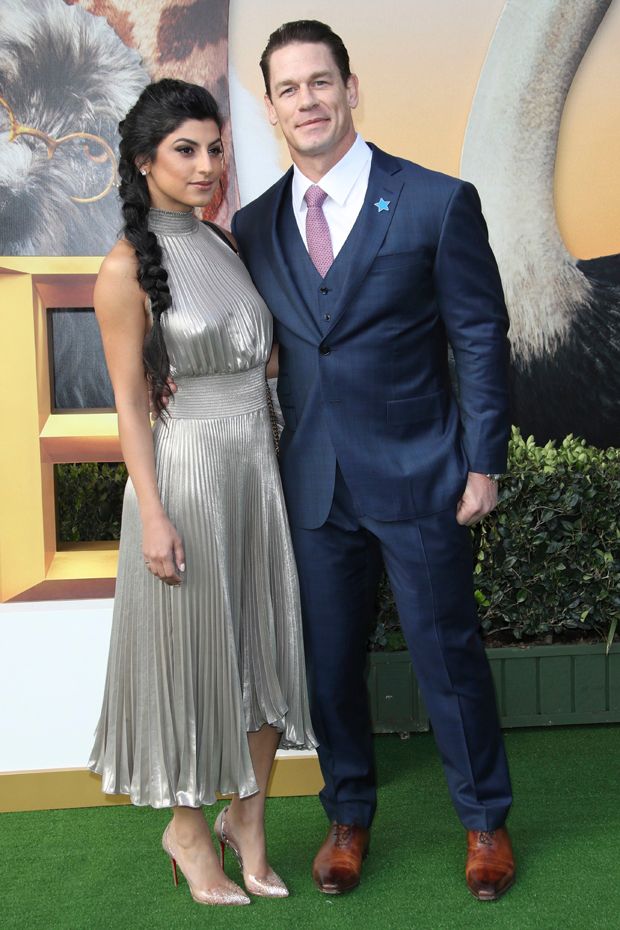 John and Shay married in October 2020 in a very private wedding. They wed in an attorney’s office in Florida. John and Shay, who is a Canadian engineer, were first linked in March 2019 after meeting on the set of his movie, Playing With Fire. They made their red carpet debut in October 2019 at the premiere of the movie. They later showed PDA, including a very sweet kiss, on the red carpet of John’s other movie, Dolittle.

John was previously engaged to Total Bellas star Nikki Bella, 37. They broke up in 2018 after over 6 years of dating. During an appearance on the All Things Vanderpump podcast in December 2020, Nikki sent her well wishes to her ex and his new bride. “John, congratulations on your wedding. I’m very, very happy for you,” Nikki said.

My Thoughts on What's Real and What's Hype Regarding Blockchain, Cannabis and Cryptocurrency

Peter & Autumn Phillips will work out their divorce settlement this week