Follow
Home » Celebrities » John Travolta honors son Jett on what would have been his 29th birthday, first since wife Kelly Preston died

John Travolta honors son Jett on what would have been his 29th birthday, first since wife Kelly Preston died

John Travolta wished his late son, Jett, a happy birthday for the first time since the death of his wife, Kelly Preston.

Travolta experienced tragedy in July when Preston died at age 57 after a two-year battle with breast cancer. Unfortunately, it was not the first family tragedy that the “Grease” star has endured in his life. In 2009, he and Preston’s 16-year-old son died while on a family vacation to the Bahamas.

On Tuesday, which would have been Jett’s 29th birthday, Travolta shared an image of himself on Instagram smiling at the boy while he beams to the camera.

“Happy birthday my beautiful Jetty. I love you,” he captioned the black-and-white photo. 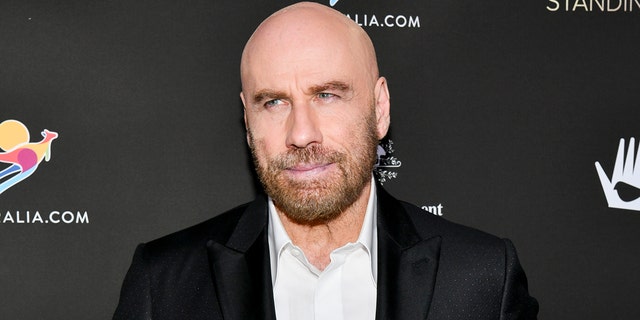 Travolta and Ella have grown close, often shouting each other out on social media, in the months since Preston died.

Jett, who was autistic and prone to having seizures, died while the family was on holiday in 2009 after he had a seizure in the bathtub that resulted in a head injury. In 2014, Travolta talked about the loss of his son in an interview at the Theatre Royal Drury Lane, describing Jett’s death as “the worst thing that’s ever happened in my life.”

JOHN TRAVOLTA, KELLY PRESTON REMEMBER SON ON WHAT WOULD’VE BEEN HIS 28TH BIRTHDAY

Adding that he didn’t know if he was “going to make it,” he said the Church of Scientology helped get him and his family through the loss.

“I will forever be grateful to Scientology for supporting me for two years solid, I mean Monday through Sunday,” he said at the time (via BBC). “They didn’t take a day off, working through different angles of the techniques to get through grief and loss, and to make me feel that finally I could get through a day.”

He explained in a 2016 interview with “Good Morning America” that the tragedy bonded the family closer together, noting that the birth of Ben shortly after Jett’s death gave them a reason to keep on.

“We certainly have bonded together and certainly having little Ben has been a beautiful… you know, kind of glue for us to rebond after tremendous loss,” he said.

Honors, Jett, John, son, Travolta
You may also like: