John Travolta is recalling the moment he was captivated by Princess Diana on a dance floor.

The actor, 67, had the rare opportunity to waltz with the Princess of Wales back in 1985 at a White House state dinner hosted by then-President Ronald Reagan and first lady Nancy Reagan.

Travolta, recalling the iconic memory, admitted he did have some jitters prior to approaching Diana.

“I didn’t expect to be asked to dance with her. I had the great privilege and honor to do so. And I thought: ‘There must be a reason to do this and I better give it my all,” Travolta recalled to Esquire Mexico. 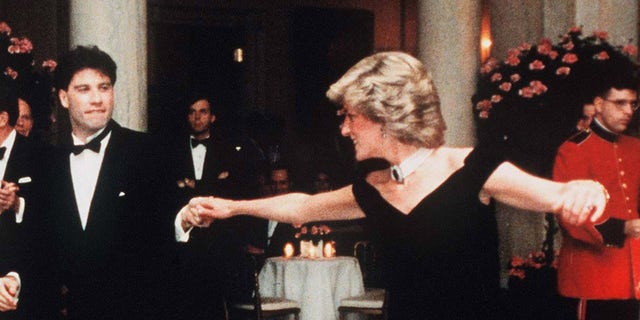 Diana, Princess Of Wales, wearing a midnight blue velvet, off the shoulder evening gown designed by Victor Edelstein, is watched by US President Ronald Reagan and First Lady Nancy Reagan, as she dances with John Travolta at the White House on November 9, 1985 in Washington, DC.
(Anwar Hussein/ WireImage)

“This meant guiding the dance well and seeking to have fun. That was the easy part, but introducing myself to Diana in the proper way, conveying assurance, and asking her to be my dance partner was a complicated mission,” he added.

The “Saturday Night Fever” star went on to add just how truly special it was to waltz with Diana. The setting and his partner did not disappoint.

“We are in the White House. It’s midnight. The whole stage is like a dream. I go up to her, touch her on the shoulder, ask her to dance,” Travolta reminisced. “She turns around and when she sees me she displays that captivating smile, somewhat sad, and accepts my invitation. And there we were, dancing together like in a fairytale.”

Travolta did not note what about Diana appeared “sad.” At the time, the Princess of Wales would have been four years into her marriage with Prince Charles. The royal couple divorced in 1996. Prince Harry and Prince William’s mother died at the age of 36 one year later in a Paris car crash.

JOHN TRAVOLTA HONORS SON JETT ON WHAT WOULD HAVE BEEN HIS 29TH BIRTHDAY, FIRST SINCE WIFE KELLY PRESTON DIED 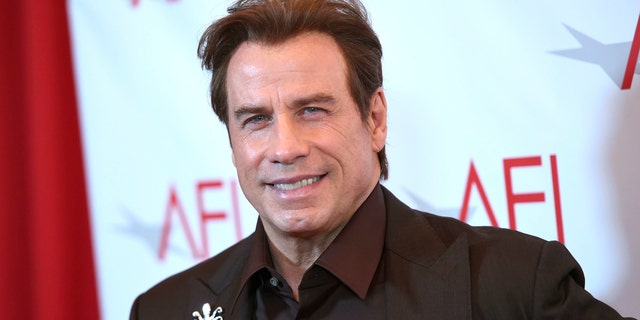 John Travolta was married to late actress Kelly Preston for 19 years up until her death in 2020.
(Chris Pizzello/Invision/AP)

All these years later, Travolta still remembers his disbelief at the once-in-a-lifetime meeting.

“Who could imagine that something like this is going to happen to you one day? I was smart enough to register it in my memory as a very special, magical moment.”

The “Saturday Night Fever” star had an impressive dance resume by the time he waltzed with the late princess. Seven years prior, Travolta nabbed the part as Danny in “Grease” opposite Olivia Newton-John as Sandy.

In 1991, Travolta married actress Kelly Preston. He experienced tragedy last July when Preston died at age 57 after a two-year battle with breast cancer. In 2009, he and Preston’s 16-year-old son died while on a family vacation to the Bahamas.

Ina Garten Once Admitted Her Kitchen Is 'Not Impressive'