Johnny Depp is still fighting the accusation that he abused ex-wife Amber Heard.

After losing his UK libel case against The Sun, which published an op-ed that labeled him a “wife-beater,” he is still working on his case in the US court system against Amber herself. He’s suing for defamation based on her Washington Post essay in which she describes being a victim of violence.

As in the previous case, the Pirates of the Caribbean alum is digging up piece after piece of evidence to try to discredit his ex’s stories of physical abuse.

So far it has admittedly been a LOT. Will it be a preponderance, which is what the US legal system requires? We shall see…

At issue in the latest revelations is the testimony of police who arrived at the former couple’s apartment on the evening of their alleged May 2016 fight, the one that ended the relationship for good. This was the infamous brawl in which Amber claimed Johnny hurled a phone at her face. 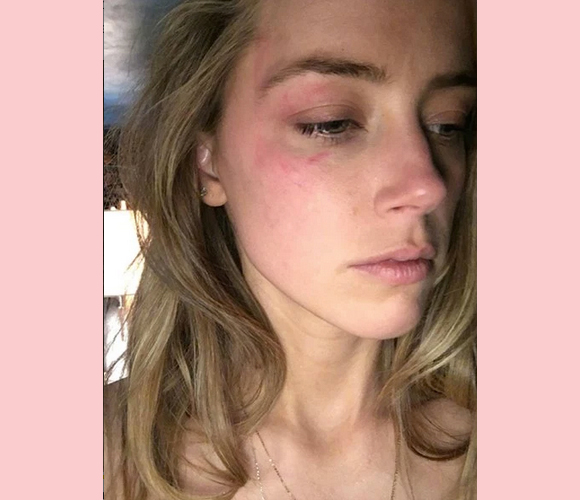 She and her friends also claimed in their statements that the actor smashed up the apartment in his rage; descriptions included damage such as broken silver, pieces of shattered glass all over the floor, red wine spilled on the carpet.

However, as Depp’s lawyers point out, the latest evidence from the two sets of police officers who visited the marital home clashes with the picture they painted. The first two police officers said in new depositions over the past couple weeks that they saw no evidence of a crime — no damage to property AND no injuries. (Though, keep in mind, it can take a bit for a bruise to reveal itself.) Moreover, in bodycam footage obtained by DailyMail.com, the second pair of cops — who showed up later, apparently due to Amber’s friends calling the police twice — ALSO saw no damage.

Depp’s attorney Adam Waldman told the outlet in a statement:

“Amber Heard and her friends described a chaotic, messy crime scene but the newly released LAPD bodycam videos unambiguously show that the penthouse was utterly undamaged and that their testimony was one more grandiose lie.”

Hmm… Here’s the footage in question, very much showing no damage…

Amber described in her deposition:

“We have huge heavy silver candlesticks, candelabra sticks. Those were on the floor broken. Baskets of fruit that we had on the kitchen island. There … fruit everywhere. Baskets on the ground. The containers holding the spoons and forks, kitchen utensils, those were spilled… He broke a lot of glass things that left glass on the floor … when he walked out into the hallway, you could see wine spilled all over the ground and wine on the walls and … and so I knew that at least he had gone through there and was like sloshing wine anywhere.”

If that bodycam footage is real and correctly timestamped from just after the alleged attack… well, anything is possible, but Team Depp certainly thinks it helps their case. As we’ve said before, though, at this point it’s an uphill battle for Depp — accumulating evidence in pursuit of some magical amount that will outweigh Amber’s word that he hit her. Will he ever reach it?

Has he already for you? Let us know in the comments (below)!

body, claims, Depp, Johnny, police
You may also like: