Katharine McPhee has never looked happier! Two months after the Smash alum, 36, welcomed her first child with husband David Foster, 71, she took to Instagram to share a series of photos, giving fans a glimpse inside her postpartum life. In one snap, she cradled her newborn son Rennie, and gave him a kiss on the head. The American Idol alum rocked a leopard print skirt and an Anine Bing sweater that featured Terry O’Neill‘s iconic photo of Kate Moss on it. “saturday photo dump w/ baby,” she captioned the April 24 Instagram post.

In another pic, she put a baseball cap on Rennie’s head that hilariously read, “I still live with my parents.” She also posted a snap with A-list skin therapist Dr. Barbara Sturm and a photo of herself reading actor Leslie Jordan‘s book. It comes just a few weeks after she revealed the name of her baby boy, who she gave birth to on February 24. “Okay, well, his name, we haven’t said anything. My husband probably will kill me for saying it, but his name is Rennie David Foster,” the Smash alum said while appearing on on Today with Hoda and Jenna, “We picked Rennie ’cause I’d actually been in labor for a while. We didn’t have a name picked out.”

Katharine continued, “We had a couple names, but my husband was on a text chain with his sisters and one of his sisters suggested an old family name. It was his great-grandfather’s name, his great-uncle’s name, so it has a long history in his family. My husband said, ‘Hi, Ren Foster,’ and so we said, ‘That’s a good name. It’s a strong name.’” Katharine later revealed she was in hot water with David after spilling the beans. “You know, my husband was kind of annoyed…I’m in trouble, but hopefully my husband won’t be too mad at me!” she said on SiriusXM’s The Jess Cagle Show on Thursday, Mar. 18. 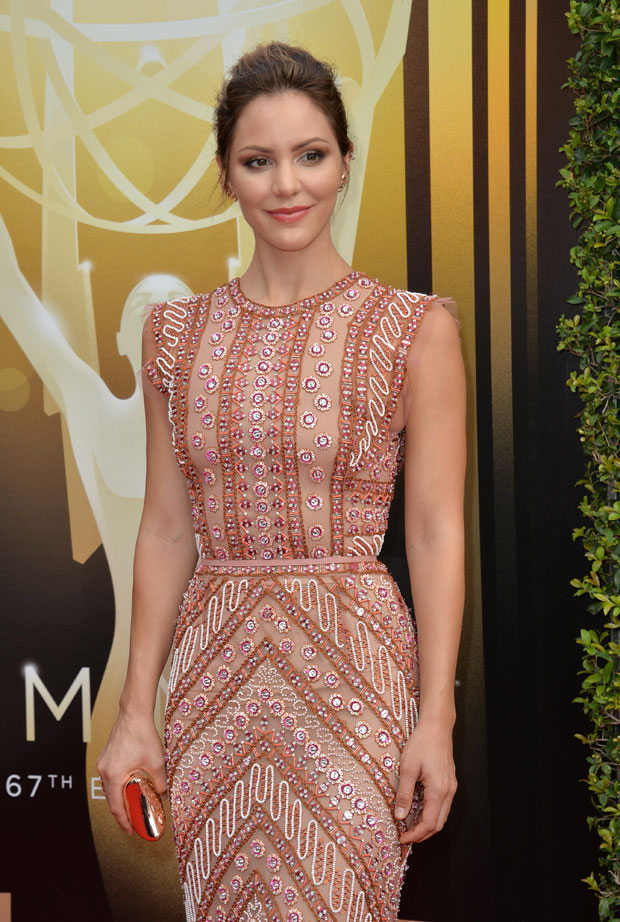 A rep for the sweet couple first confirmed in late February that the pair had welcomed their little bundle of joy. “Katharine McPhee and David Foster have welcomed a healthy baby boy. Mom, Dad and son are all doing wonderfully.” Fans first learned on October 8, 2020 that Katharine and David were expecting. Although Rennie is Katharine’s first child, David has five other children as well as seven grandchildren.