Katie Price is reportedly engaged for the eighth time after her boyfriend Carl Woods popped the question.

The television personality, 42, and Carl, 32, are said to have accepted a five-figure magazine deal to reveal their happy news.

It comes six weeks after Katie’s divorce from her third husband Kieran Hayler was finalised, three years after their split. 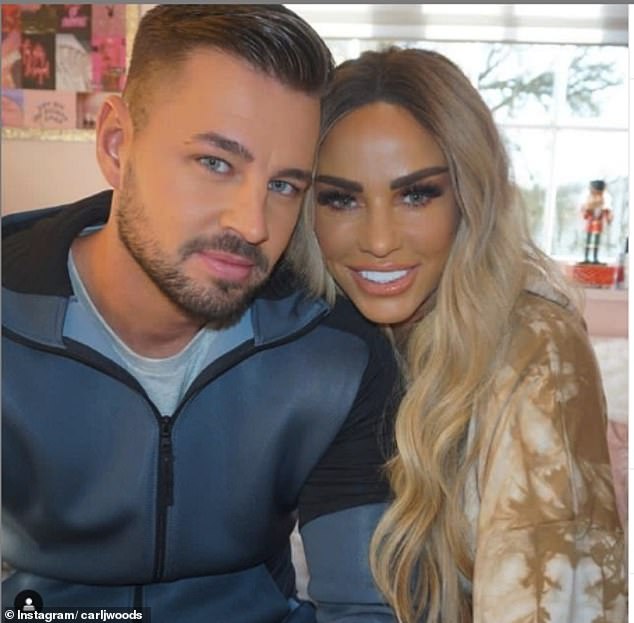 Wedding bells: Katie Price is reportedly engaged for the eighth time after her boyfriend Carl Woods popped the question

A source told The Sun: ‘Katie is madly in love with Carl and excited to take the next step in their relationship.

‘But – ever the businesswoman – she knows this is also an opportunity to pick up an easy pay cheque. Katie won’t confirm the news until the cash is in the bank.

‘Katie has been down this road many times before but she has no reservations about taking the plunge with Carl, she’s a true romantic and, in him, she thinks she’s finally found the one.’ 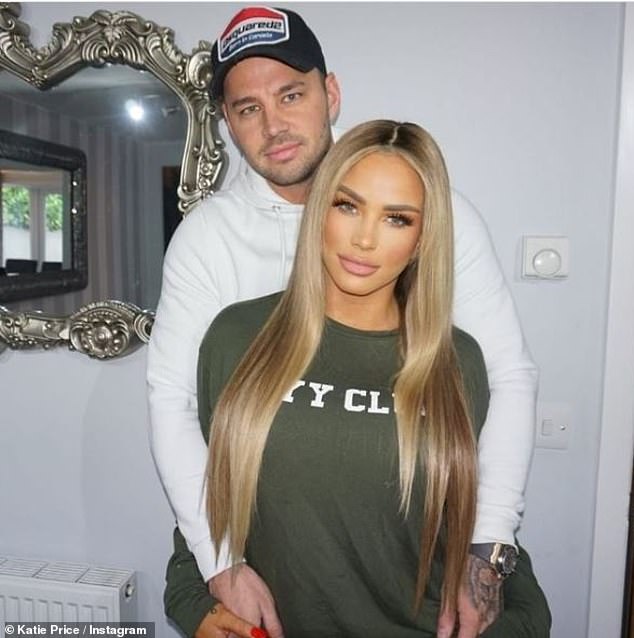 Proposal: The television personality, 42, and Carl, 32, are said to have accepted a five-figure magazine deal to reveal their happy news

Katie has made no secret of her desire to marry former Love Island star Carl and when her divorce for third husband Kieran, 34, was announced last month she told The Sun: ”Finally, we’ve signed the divorce papers. I’m so happy that I’m free from that marriage. The only good thing that came out of it was my children. 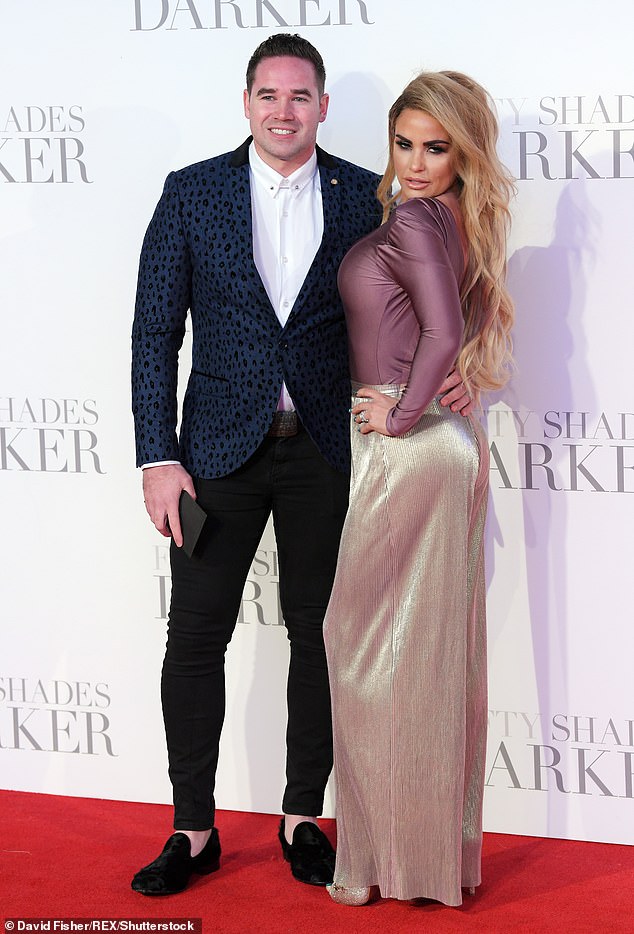 Moving on: It comes six weeks after Katie’s divorce from her third husband Kieran Hayler was finalised, three years after their split 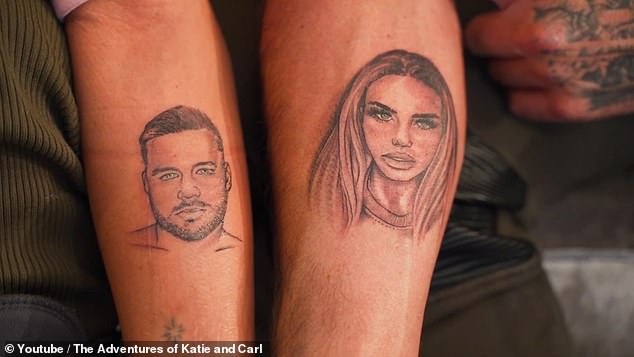 Inking: The pair previously showed their devotion to one another by getting tattoo portraits

Katie and her ex-husband, who share two children; son Jett, seven and daughter Bunny, six, separated in March 2018 after five years of marriage and had been waiting two years for a divorce.

Their 2017 split came three years after she caught him sleeping with her best friends Jane Poutney and Chrissy Thomas.

It was reported last year that Carl spent £10,000 on an engagement ring for Katie in October and asked her eldest son Junior for his permission to marry her.

Over the Christmas holiday, Katie revealed that she hoped to enter the New Year ‘with a baby on the way and a ring on my finger’ as she is not getting ‘any younger’.

The former Loose Women star admitted that she knows Carl is ‘the one’ and cannot wait for him to pop the big question.

Katie has been utterly inseparable from her new beau Carl Woods since they went public with their romance in July.

At the time, she told The Sun that Carl did not propose at Christmas as it is ‘too cliché’ but that her boyfriend does have big plans to propose in 2021.

Carl also bragged that when they finally do marry it will be like ‘nothing ever done before’ and plans to send her into floods of tears with his proposal.

In 1996, Katie, then a surgery-free 18-year-old, got engaged to Warren (better known as Ace), but they split in two years later.

She was also technically engaged to Scott, but has since admitted her heart wasn’t in it when he gave her a ring just before she was about to enter the I’m A Celebrity jungle in 2004, where she famously met Peter Andre.

Admitting she was on the ‘rebound’ Katie started dating cage fighter Alex Reid a mere eight weeks after her split from Pete.

Following a whirlwind romance the pair wed in Las Vegas in January 2010 but the marriage fell apart less than a year later.

Revealing she bedded him on the first night, the pair went on to get engaged before they split in 2012.

Later that year, Katie met part-time stripper and plasterer Kieran, who is nine years her junior.

However, in 2017 the pair announce they will divorce, three years after she found out about Kieran’s affairs with her friends Jane Poutney and Chrissy Thomas.

In July 2019, Katie announced she was engaged again to personal trainer Kris Boyson after a year of dating.

The reality star – who was still legally married to third husband Kieran at the time- made the shock announcement during an appearance on Loose Women.

TALK OF THE TOWN:Osborne's bachelor's pad may need babyproofing