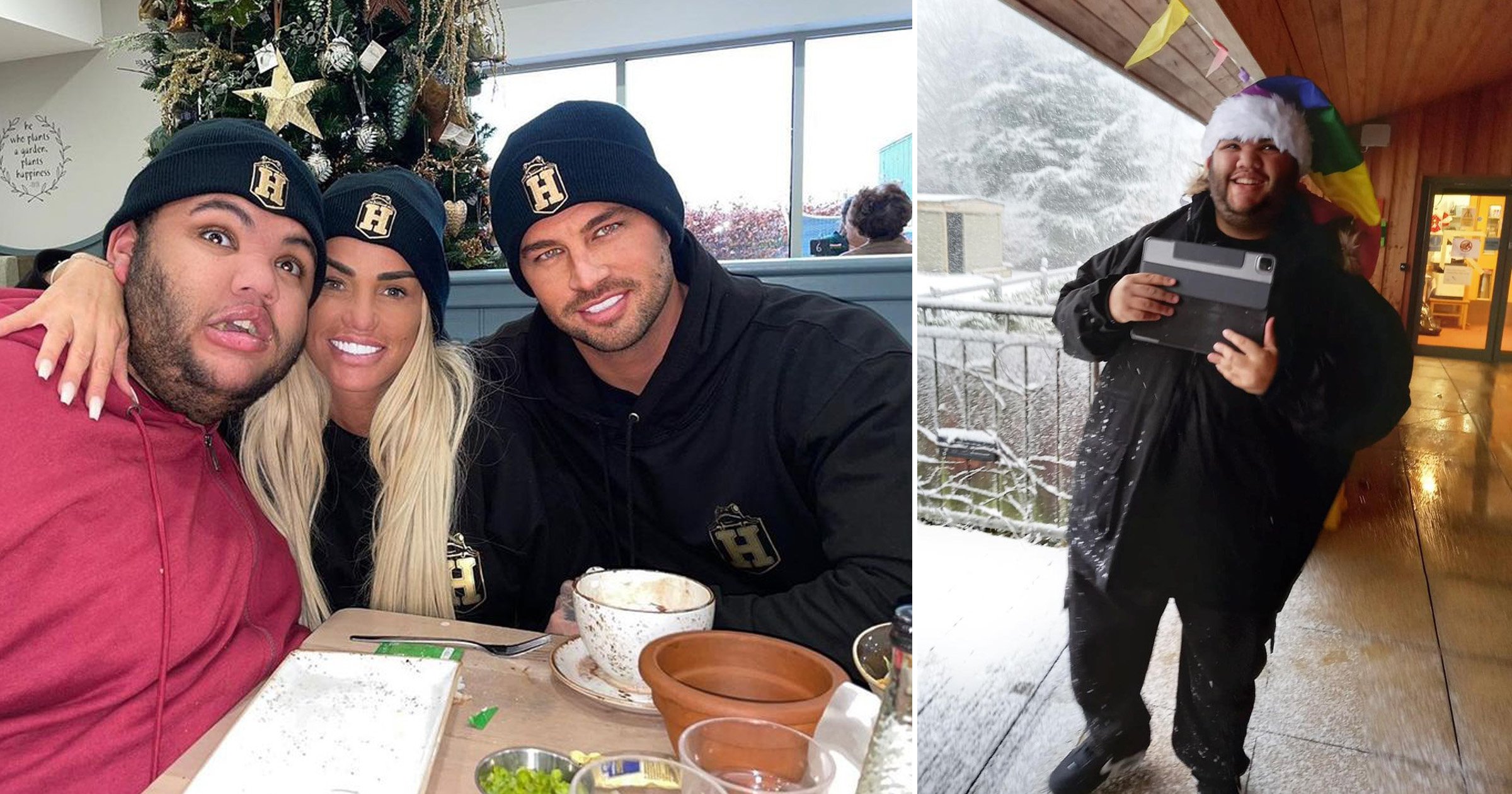 Katie Price has revealed she knows her son Harvey is ‘extremely settled’ at residential college because he has been ‘smashing up’ his room.

The 43-year-old star’s eldest child – who has a number of complex health conditions, including septo-optic dysplasia, autism and Prader-Willi syndrome – has been living at the National Star residential college in Cheltenham for the last three months and Katie knows the 19-year-old is comfortable there because he’s done so much damage.

She said in an interview with New! magazine (via OK!): ‘I know for certain that Harvey is extremely settled because he’s now smashed things up. He’s smashed his computer and his keyboard up, he’s smashed his printer, his TV and even the lights in his room.

‘He also lifted a table up to try and throw it at the window.

‘I said to the staff at the college, “I’m so happy that he’s done all this because now I know he’s really settling in!” They’re now living and breathing what I’ve had all of these years.’

The entrepreneur, who launched her new collection for KP Equestrian on Friday, travels three hours to visit Harvey every weekend and was looking forward to getting her driving license back later this month to make the trips easier.

However, as she recently pleading guilty to drink driving, driving whilst disqualified and driving without insurance after crashing her car on September 28, she knows now she won’t be back behind the wheel any time soon.

The former I’m A Celebrity… Get Me Out of Here! contestant admitted that it had been ‘hard’ to come to terms with as she’d previously ‘felt better’ when she thought she would be allowed to drive in December and ‘could drive to him whenever I wanted’.

She added: ‘So now, I’m trying to get my head around the fact that I’m going to be banned from driving for a long time.’

Katie also revealed that she visits her son, with whom she’s just finished working on the second series of BC documentary Harvey and Me, ‘every weekend, without fail’ to bring him continuity as he ‘wouldn’t understand’ if the pattern changed.

Being without him has made Katie, who also has Junior, 16, and Princess, 14, with first husband Peter Andre, and Jett, eight, and Bunny, seven, with third spouse Kieran Hayler, realise just how much he used to rely on her.

She shared: ‘The first few weeks I absolutely hated it. But now, I’ve come to terms with it and it’s made me realise how much I do for him. I do step back and think to myself, “How did I actually even do it all on my own for all those years?”’

Katie explained that ‘as his mum I just got on with it’ but revealed that Harvey now has three carers with him at college.