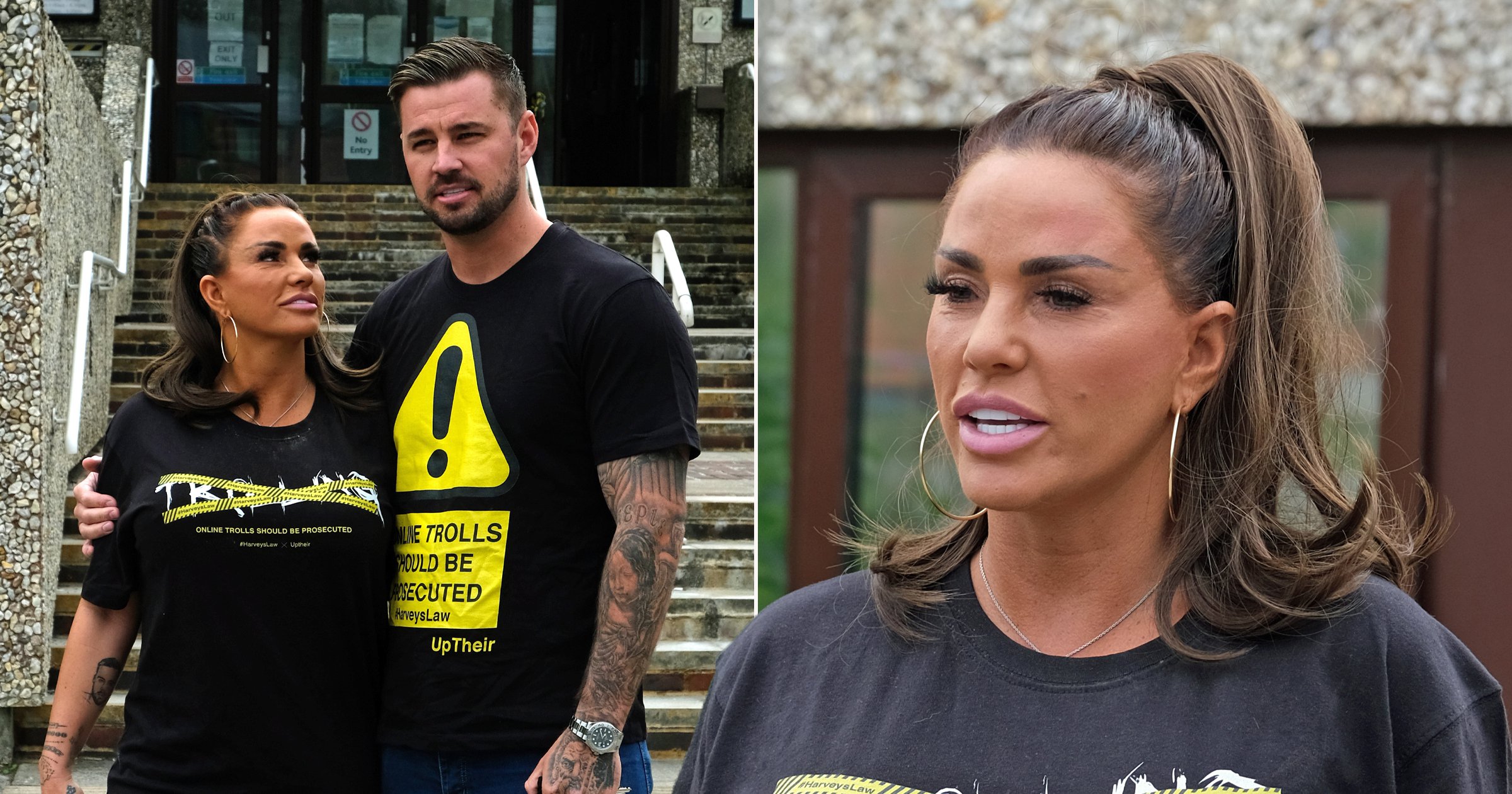 Katie Price has vowed to keep fighting for Harvey’s Law after a man who shared an offensive video about her son was found not guilty in court.

The former glamour model, 43, appeared in court in Hastings on Thursday alongside fiancé Carl Woods, 32, for a hearing about a vile video which was shared on Twitter, of a man in blackface pretending to be her 19-year-old son, Harvey Price.

In the clip, a blonde woman pretending to be Katie is heard saying: ‘If someone says something horrible to Harvey, what do we say?’ The man then responds: ‘Hello you c***s.’

The video was shared on Twitter by Philip Lewer, 52, who is not the man in the footage, and who appeared in court for sharing it.

He was cleared of sending by public communication network an offensive message after the court ruled that he shared it as a ‘joke’ and didn’t intend to cause offence.

Katie has been campaigning for Harvey’s Law, to make it illegal for people to troll others online.

Speaking outside Hastings Magistrates Court, she vowed to continue to fight for justice for Harvey and others affected by online trolling.

Katie said in a statement: ‘I will still fight for justice for Harvey and I’m still going to try and protect everyone I can with the racism, mocking disability, because it’s clearly mocking him.

‘This is why I’m doing Harvey’s Law – he’s got away with it and he’s probably going to go back and laugh.

‘He was grinning while he was giving evidence – but I kept my dignity and didn’t say anything because I know, behind the scenes, I’m doing the best I can to stop this.’

She added that she was ‘disappointed’ by the court’s decision: ‘He’s a coward. We can all have freedom of speech, but you know when something’s wrong and he knew that video was wrong.

‘He should be named and shamed. But it’s now going to encourage other people. He’s got away with it.’

Katie added that the people in the video had been arrested but their cases had been dropped due to lack of evidence.