Follow
Home » Celebrities » Katt Williams says cancel culture doesn't exist, comedians who are afraid should get out of the business

Katt Williams says cancel culture doesn't exist, comedians who are afraid should get out of the business

Katt Williams is the latest comedian to speak out about cancel culture and its impact on the world of stand-up comedy.

The comic, 49, appeared on “The Joe Budden Podcast” to promote his upcoming film, “The House Next Door: Meet the Blacks 2,” when the hosts asked him directly for his opinions on the current state of comedy and what cancel culture means for the future of the genre. Williams took a hard stance on the issue, arguing that it’s merely an invitation for talented artists to elevate their work.

He added: “My point is, [people] weren’t all that extremely funny back when they could say whatever they wanted to say. At the end of the day, there’s no cancel culture. Cancellation doesn’t have its own culture.”

Williams went on to note that the slew of comedians complaining about cancellation and heightened sensitivity aren’t necessarily the ones the comedy world will miss when they’re gone. 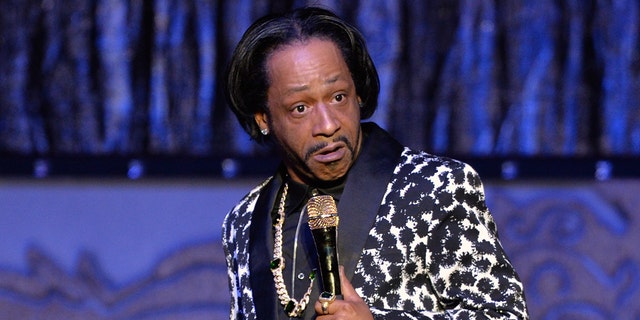 “I don’t know what people got canceled that we wish we had back. Who are they? It’s done for the reasons it’s done for and it helped who it helped,” Williams said. “If all that’s going to happen is that we have to be more sensitive in the way that we talk, isn’t that what we want anyway? I’m saying, your job as a comedian is to please the most amount of people with your art. So if you wanna offend somebody, nobody took those words away from you… But don’t call somebody this word when you know it affects all of these people.”

He concluded his thoughts on the matter by telling comics who fear for their careers to jump ship.

“If these are the confines that keep you from doing the craft God put you to, then it probably ain’t for you,” Williams ended. “Growth is part of being an adult.”

The hosts asked for Williams’ thoughts on cancel culture in light of fellow comedians Chris Rock and Seth Rogen speaking out during recent interviews and taking somewhat opposite stances on the matter.

Rogen, meanwhile, took a stance more in keeping with Williams’ during an appearance on “Good Morning Britain” in which he said comics need to simply “accept” when something they said in the past is considered problematic now.

cancel, cult, Katt, says, Williams
You may also like: