Follow
Home » Celebrities » Keanu Reeves thrills Brit couple by 'crashing' their wedding: 'He was so kind'

Keanu Reeves thrills Brit couple by 'crashing' their wedding: 'He was so kind' 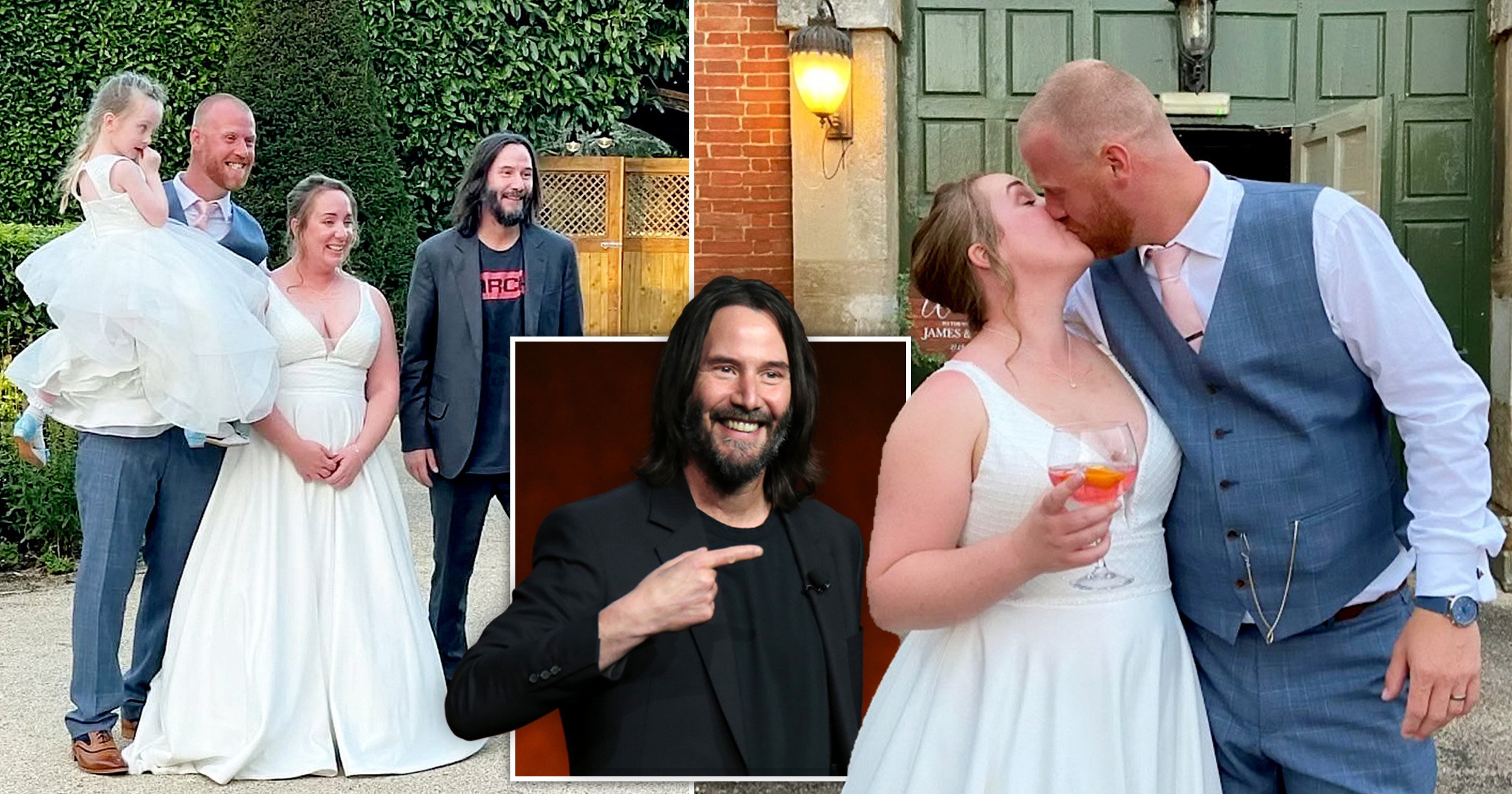 Keanu Reeves thrilled a British couple by celebrating with them at their wedding reception at a Northamptonshire hotel.

The Hollywood star, 57, who was at the swanky Fawsley Hall Hotel & Spa, bumped into the groom James Roadnight at the hotel’s main bar before the nuptials.

James then proceeded to invite the actor to join him and his bride Nikki for their bash.

Nikki said: ‘He was very friendly and said he would later on. We didn’t know if he would or not but it was cool that my husband had spoken to him!’

But true to his word, the Matrix actor rocked up and posed for a series of snaps with the pair.

In one of the pics, he looked animated while throwing up the Heavy Metal rock sign with his fingers beside the delighted couple.

‘He was so kind and friendly and congratulated us on our wedding,’ added Nikki.

‘He was kind enough to take some pictures and our wedding photographer was able to capture some too.

‘Then he took the time to speak to some of our guests and have more photos done.’

Earlier in the week, the John Wick star stunned customers after going for a boozy meal at a pub in Northamptonshire village where he also posed for snaps and downed ‘a few whiskies’.

Keanu is believed to be staying in Northamptonshire while working on a documentary series about Formula One for Disney Plus.

It’s not the first time that the star has shown up unexpectedly at a wedding.

In 2018, he famously photobombed a couple who had just tied the knot in New York City.