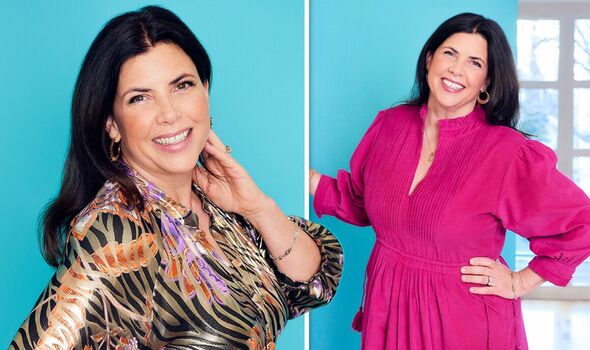 Location, Location, Location presenter Kirstie Allsopp rang in her 51st birthday in summer last year and has now spilled on how she continues to look great. Nevertheless, the property expert admitted that turning 50 was not “something I was thrilled about”.

She continued to Good Housekeeping: “I don’t think I have a particularly healthy relationship with ageing.

“When you’re younger, your metabolism is better, your skin is better and your bones are better. You get older and you’re suddenly a lot achier!”

Despite this, Kirstie says that she is now in the best shape than she has ever been.

When asked by the publication how she is able to remain looking so youthful, the TV star said: “I’m afraid it’s an awful thing, but it does help being a little plumper because you have a bit more flesh on your face.

I’m always torn between the desire to lose weight and the desire not to have it fall off my face!”

Kirstie previously lost a whopping two stone by simply making a few tweaks to her diet.

She told MailOnline in 2017: “I decided that I was being irresponsible as a parent and a partner, and it had to go.”

Kirstie also explained that she always ate three meals a day and would not leave the house without eating breakfast.

She also told the publication that she had cut out potatoes, aubergines and wine.

“I haven’t really been a pasta person for a while. It’s viewing vegetables as carbs. It’s always the beans, the broccoli – there’s no need for potatoes.”

The motivation behind her lifestyle overhaul also came in a bid to reduce her risk of cancer.

Kirstie’s mother, Fiona, sadly died of breast cancer aged just 66 and she and her sister Sofie discovered that they have a one-in-three chance of developing the disease.

Sofie opted to have a mastectomy while Kirstie instead decided to change her lifestyle.

She told the Daily Mail back in 2015: “I’m not mucking around or burying my head in the sand. I’m not doing this without medical advice.

“I have annual ultrasound scans, as well as a mammogram, which is something my doctors tell me is a perfectly safe and acceptable treatment plan.”

Kirstie has two sons: Bay, 16, and Oscar 14, whom she shares with her property developer husband Ben Andersen.

The March 2023 issue of Good Housekeeping is now on sale.