Machine Gun Kelly proposed to Megan Fox on Jan. 11 after dating for a year and a half. The two stars shared the details of the proposal on social media the following day.

The musician’s Instagram post included a video of Fox showing off her unique engagement ring, a pear-shaped diamond and emerald set on a double band encrusted with diamonds.

The singer explained the meaning behind the two stones in his caption. “I know tradition is one ring,” he wrote, “But i designed it with Stephen Webster to be two: the emerald (her birth stone) and the diamond (my birth stone) set on two magnetic bands of thorns that draw together as two halves of the same soul forming the obscure heart that is our love. 1-11-2022 ✨”

The Transformers star has spoken in the past about having a twin flame connection with Machine Gun Kelly, and she alluded to it again in her Instagram announcement. “And just as in every lifetime before this one, and as in every lifetime that will follow it, I said yes,” Fox captioned a video clip of the proposal. “…and then we drank each other’s blood 1.11.22 ✨” 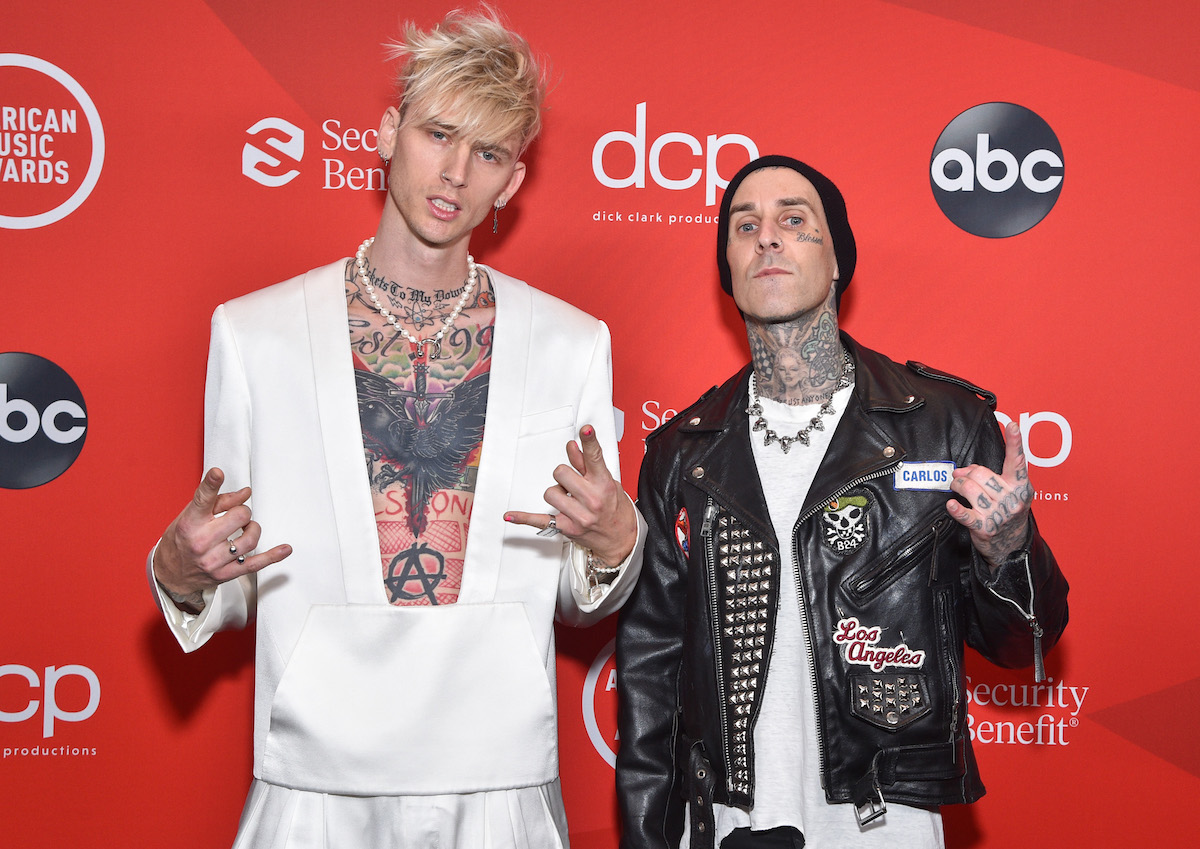 Kourtney Kardashian and Travis Barker have congratulated the famous couple

Travis Barker and Kourtney Kardashian got engaged in October 2021. They are friends with Machine Gun Kelly and Fox, and fans frequently compare the two famous couples.

Barker and Machine Gun Kelly have been collaborating on music for years. Barker is credited as a producer on Kelly’s 2020 album Tickets to my Downfall. The two musicians frequently appear in each other’s social media photos and videos.

They performed the song “papercuts” together at the 2021 MTV VMAs after Megan Fox and Kourtney Kardashian introduced them as their “future baby daddies.” The foursome drove fans wild with a group photo taken in a bathroom after the event.

Kardashian and Fox have also gotten quite close, such as when they starred together in an ad campaign for SKIMS.