After previously telling her beau that she ‘wants to suck his blood,’ the ‘Keeping Up with the Kardashians’ alum sparks chatters with a photo of five blood vials with no context or explanation.

AceShowbiz –Kourtney Kardashian has left her fans and followers freaked out. The “Keeping Up with the Kardashians” alum sent social media users into a frenzy after showing off a collection of blood vials, which many insisted is Travis Barker‘s.

Taking to her Instagram Story, the 42-year-old reality star shared a photo of five blood vials. However, she left the image captionless with no context or explanation as to what they were. The “creepy” post came after she once admitted that she wanted to “suck” the Blink-182 drummer’s blood. 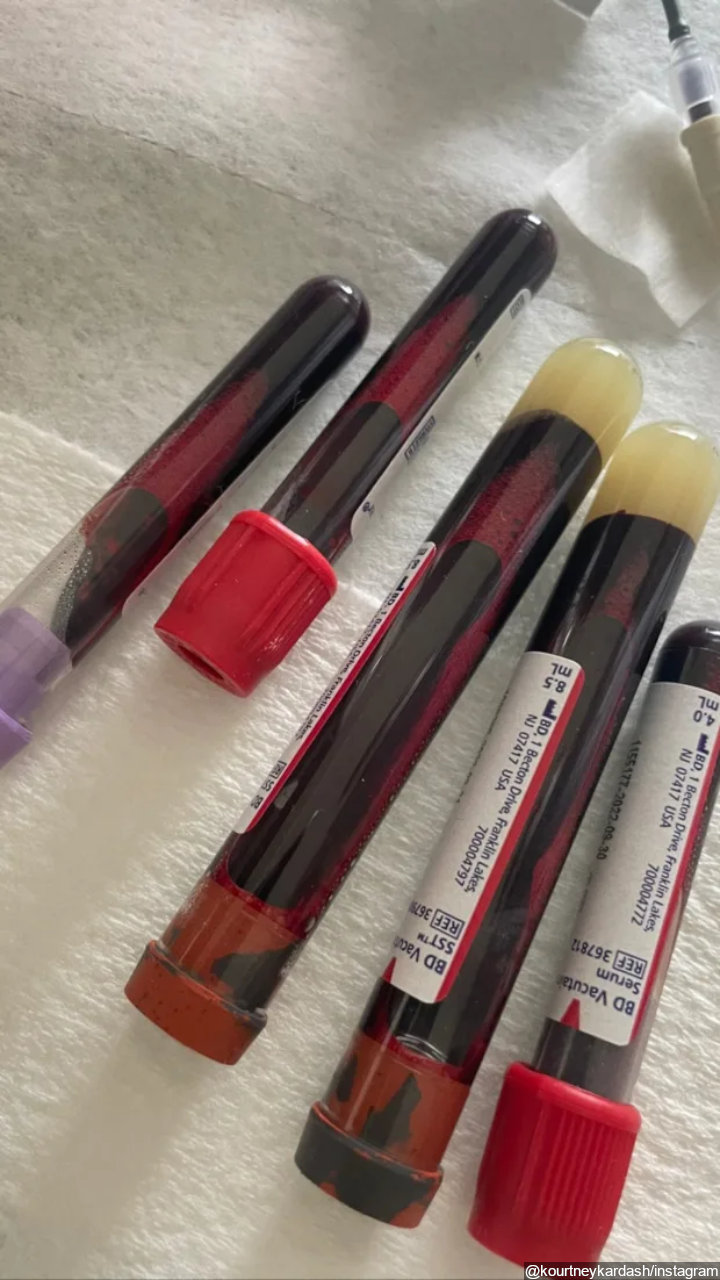 Shortly after Kourtney posted the picture of the blood vials, many social media users raised their eyebrows. One Twitter user felt afraid that Kourtney’s love to Travis is going the wrong way as saying, “Kourtney is taking this new relationship way too far. It’s almost satanic.”

In the meantime, a separate social media critic suggested, “Kourtney Kardashian has lost it. How creepy are those blood pics.” Another echoed, “It’s definitely coming up to Halloween when a Kardashian gets keeps her boyfriend’s blood in a tube. I’m beyond freaked out.”

However, there were also some fans who defended Kourtney. Suggesting that the Poosh founder could have simply gotten her bloods done by a doctor, a fan insisted, “Maybe it’s not Travis’ blood. Maybe it’s hers and she went to the doctor.” A second fan wrote, “Cool idea for Halloween.”

However, this wasn’t the first time Kourtney shared images of Travis’ blood vials. Back in June, the mom of three surprised her Instagram followers with a picture of a vial of her musician boyfriend’s blood that she reposted from his page. In the caption, the daughter of Kris Jenner didn’t write anything but a simple black heart emoji.

Also in June, Kourtney sparked chatter after she bizarrely said that she wanted to suck Travis’ blood. “I want to suck your blood,” the TV reality star wrote in the comment section of the 45-year-old rocker’s post that saw the happy couple holding hands. In response, her beau left a surprising comment which read, “@kourtneykardash My favorite.”