A moment made for reality TV. Kyle Richards made her opinion of Lisa Vanderpump known after the Vanderpump Rules star sent her dinner bill to her former Real Housewives of Beverly Hills costar’s table.

TMZ reported on Thursday, May 13, that Vanderpump, 60, and husband Ken Todd dined at the same Los Angeles eatery as Richards, 52, and a Bravo producer on Monday, May 10. The former castmates did not speak to each other during the run-in at Shu Restaurant, but the crew member greeted the Overserved With Lisa Vanderpump star since they still work together.

Vanderpump then directed her server to send her $132 bill to the producer as a joke. However, Richards and the executive declined to pay the tab. Vanderpump told the outlet that she left an imprint of her credit card and a cash tip for the waiter just in case. 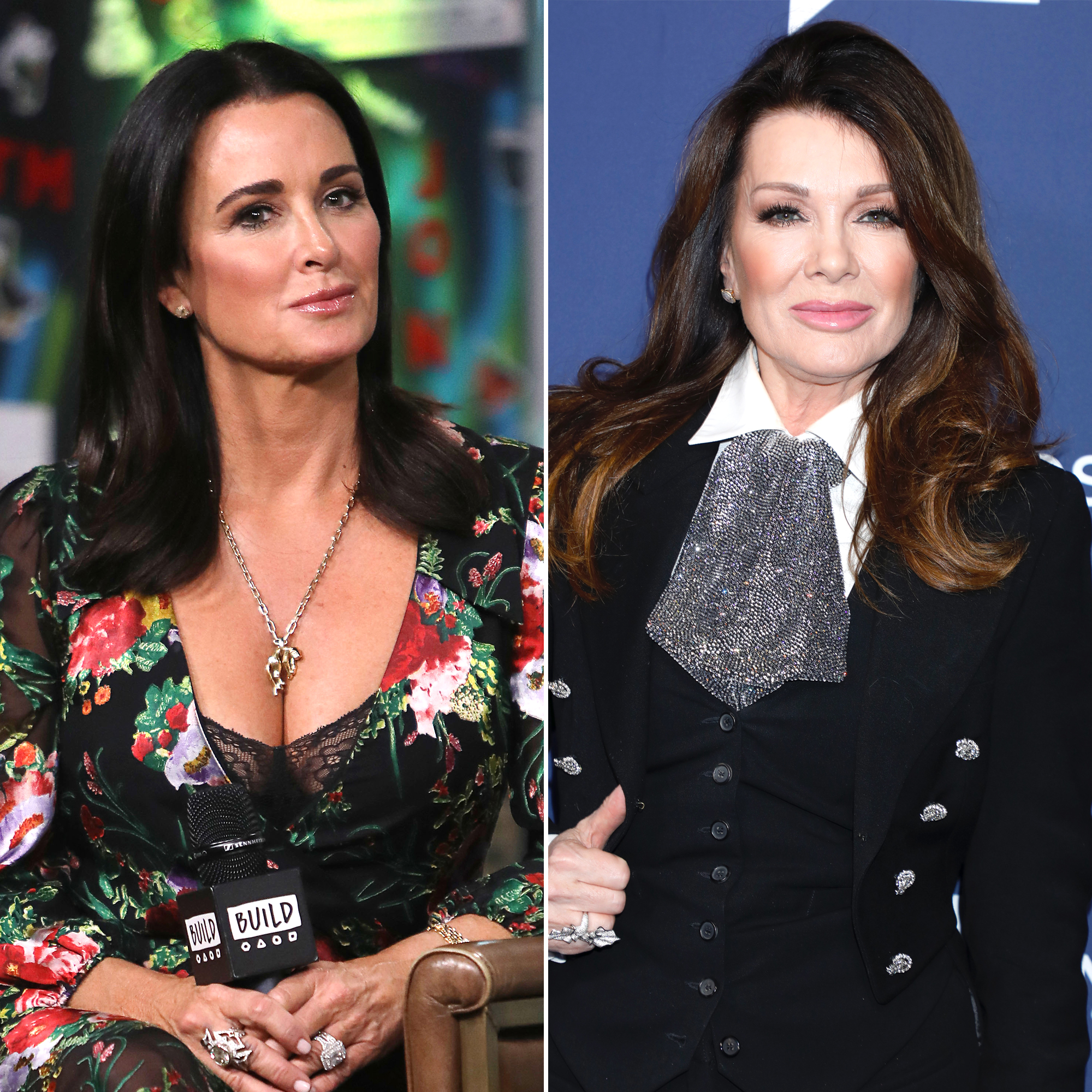 An Instagram user later alleged that Vanderpump “left the restaurant and scribbled all over her former co-stars faces after a fan approached and asked her to sign his #RHOBH print.” The accompanying photo showed Erika Jayne, Dorit Kemsley and Teddi Mellencamp with x’s drawn over their faces, while Richards and Lisa Rinna had mustaches added to their faces. Vanderpump’s image featured her autograph and a heart.

Biggest ‘Real Housewives’ Feuds Ever — Where They Stand Now

The Halloween star reacted to the alleged shade in the comments section. “Bitter Spice,” she replied.

Rinna, for her part, wrote, “Oof she’s so angry.” Mellencamp, 39, then remarked on the three x’s her picture received, since her leg was overlapping in front of Vanderpump. “I must be really special. I got 3 X X X,” she noted.

Vanderpump exited The Real Housewives of Beverly Hills in 2019 amid tension with her costars. She threw shade at her former castmates during a Watch What Happens Live With Andy Cohen appearance in March.

Former ‘RHOBH’ Stars: Where Are They Now?

“I’d look for the escape panel first. Then maybe ask if I could stand on her shoulders,” the Pooch Perfect judge replied when asked whether she would talk to Richards if they were stuck in an elevator together. “What is there to say? The only thing to be said is … it’s got to start with an apology. If someone calls you a liar, it’s not OK with me.”

Vanderpump revealed in March that her feud with her costars over “PuppyGate” — when Richards claimed her former pal leaked a story to the press about a dog that Kemsley, 44, got from Vanderpump Dogs — led to her departing the show.

“I left because I was very, very, very unhappy and I didn’t appreciate being called a liar,” she explained on Us Weekly’s “Getting Real With the Housewives” podcast. “To accuse me of selling a story, when you never get stories come out of my restaurants, you know, so it was such an insult to me. It was about my heart, it was about the Vanderpump Dogs Foundation, which was something that was born out of complete compassion and my passion project. I just thought, ‘I’m done with it.’”

Us has reached out to Vanderpump’s rep for comment.

after, kyle, Lis, Reacts, Richards
You may also like: