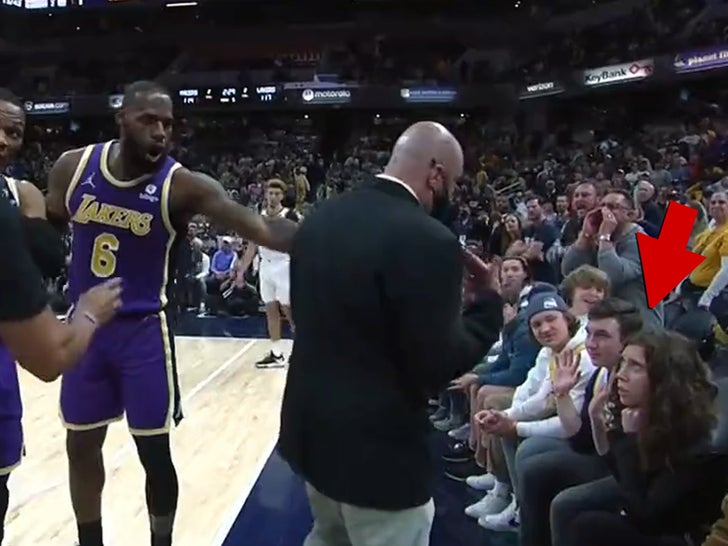 LeBron James was ejected on Sunday, but it was his turn to do the booting on Wednesday … with the Lakers superstar getting two courtside fans removed from the game during an overtime thriller.

The moment went down with 2 minutes left in OT against the Indiana Pacers … right after Bron hit a three-pointer to put LA up 117-114.

It’s unclear what set James off, but whatever it was triggered him to approach an official and point at a man and a woman sitting in the front row.

In the video, you can hear a fuming LeBron say “right f***ing here” and pointing directly at the fans. 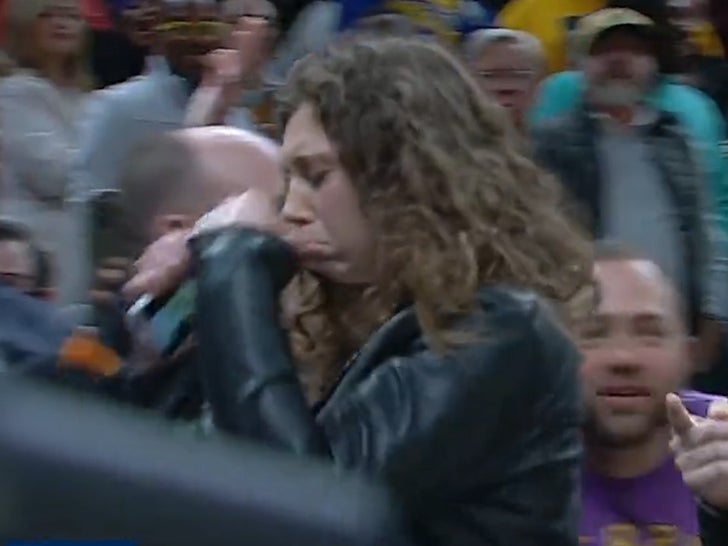 Shortly after, they were being escorted out of the arena by security … with the female fan getting one last jab in at Bron by making an animated crying gesture towards him.

Eventually, the game was resumed and the Lakers held on for the win, 124-116.

It’s not the first time James has had fans removed — last season, he had a “Courtside Karen” escorted out after being heckled in a game against the Atlanta Hawks.