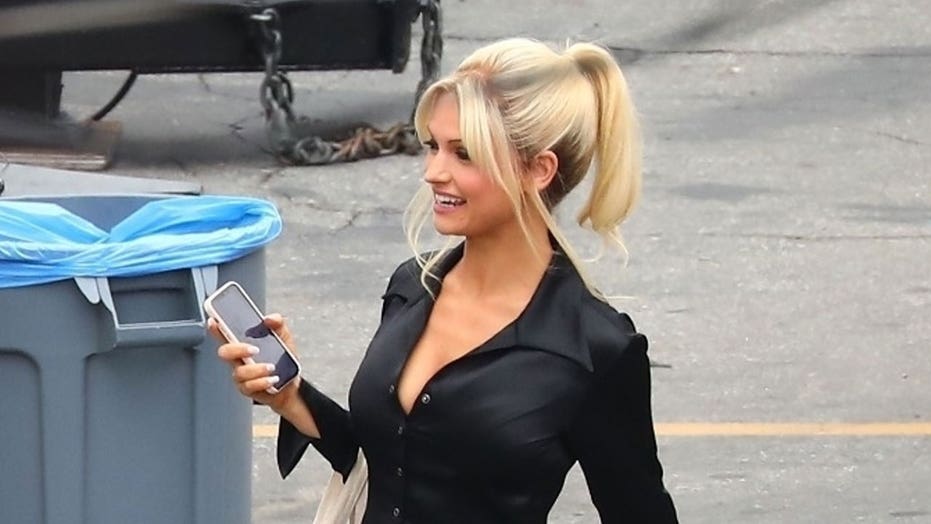 James is also rocking Pamela Anderson’s signature bleach blonde hair for the role. “Pam and Tommy” is a drama miniseries based on the Mötley Crüe drummer Tommy Lee and actress Pamela Anderson. 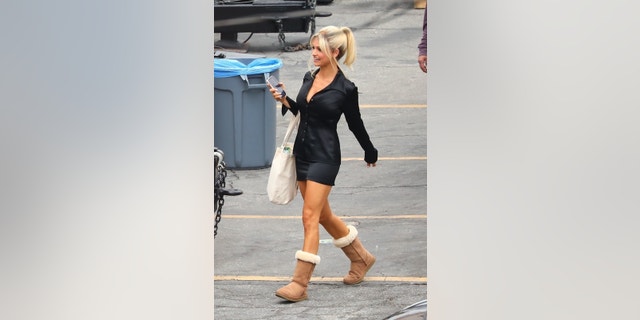 Actress Lily James arrives at the trailers as she continues filming ‘Pam and Tommy’ in Los Angeles.
(BACKGRID)

Anderson, now 53, and Lee, now 58, married in 1995 after only knowing one another for 96 hours. Lee served multiple months in jail for spousal abuse after pleading no contest, and the two divorced in 1998.

“Pam and Tommy” began filming back in April. The miniseries does not have a confirmed release date, but is expected to be released sometime in 2022.