Lorde is ‘a hothouse flower, a delicate person & a massive introvert’ 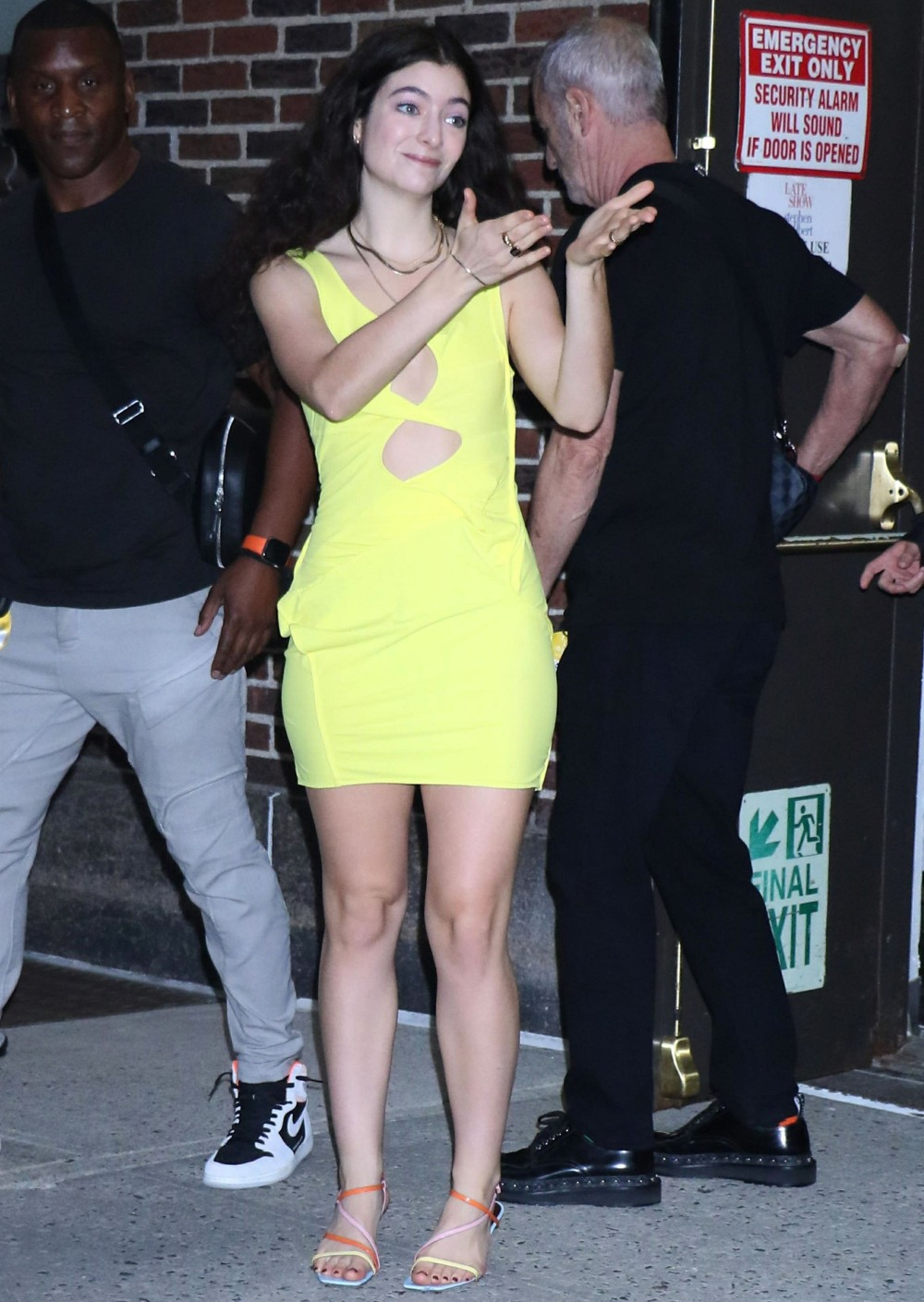 Lorde’s new album, Solar Power, comes out on August 20th. I can’t even publish the album cover because Lorde really did get her ass out. But the message is there, apparently: get your ass out. Put down your phone. Stop fussing over everything. Enjoy yourself. In case anyone needed to have that underlined, Lorde chatted with the NY Times about the album, what she was doing in the four years in between Melodrama and Solar Power, and how it’s sexist to talk about how Jack Antonoff has a stable of female singer-songwriters he produces and he’s the one responsible for their success. You can read the full Times piece here. Some highlights:

Where she’s been for four years: “I went back to living my life,” she said of her recent hiatus, identifying as “a hothouse flower, a delicate person and a massive introvert,” drained after a year-plus of promotion and touring for “Melodrama.” “It’s hard for people to understand that. The question I’ve gotten a lot recently is, ‘What have you been doing?’ I’m like, ‘Oh, no, no, no — this is a break from my life.’ I come back and perform these duties because I believe in the album.”

She was addicted to the internet: “I would see my screen-time go to like, 11 hours and I knew it was just looking at the Daily Mail. I remember sitting up in bed and realizing I could get to the end of my life and have done this every day. And it’s up to me to choose, right now. So I just sort of chose.”

She changed her phone settings & learned to live: Lorde’s phone, set to grayscale, now has no internet browser; she is locked out of her social-media apps, with others handling the passwords; and a coder friend even made YouTube inaccessible on her laptop. Instead, she cooked, baked, walked the dog, swam, gardened — chilled, in other words.

She’s not anyone’s savior: “I’m aware of the way people look at me. I can feel the huge amount of love and devotion that people have for me — and for people in my position — and straightaway, I wanted to be like, ‘I’m not the one that’s worthy of your devotion. I’m essentially like you.’ My kids — my community — they’re expecting spiritual transcendence from me, from these works. ‘I need Lorde to come back and tell me how to feel, tell me how to process this period in my life!’ I was like, oh, man, I don’t know if I can help you with that. But what I do know is that if we all look up here, it’s going to help you a lot!”

For the album, she only used a single 808 drum machine: “There’s definitely not a smash. It makes sense that there wouldn’t be a smash, because I don’t even know really what the smashes are now.”

She’ll never make another “Royals.” “What a lost cause. Can you imagine? I’m under no illusion. That was a moonshot.”

The third album: “I felt like I could just chill out and flex a little bit.”

Working with Jack Antonoff yet again: “I haven’t made a Jack Antonoff record. I’ve made a Lorde record and he’s helped me make it and very much deferred to me on production and arrangement. Jack would agree with this. To give him that amount of credit is frankly insulting.” She called the narrative — which has also included speculation about the pair’s romantic and sexual life — “retro” and “sexist.” “I know that there are certain hallmarks of what Jack does and some of those things I really love and some of them I don’t like. And I beat them out of the work that we do together. I say this with so much love and affection, but I feel like we’re doing up a house together and he’s like, ‘Look at this serviette that I fashioned into the shape of two swans! Look at this set of woven baskets!’ And I’m like, ‘Great — one per room.’”

On her personal & professional relationship with Jack: “No one who’s in a job that isn’t my job has a relationship like the one I have with Jack. He’s like a partner to me. We’re in a relationship. It’s not a romantic relationship, but we’ve been in it for seven years, and it’s a really unique thing, so I don’t begrudge people maybe not being able to understand it.”

[From The NY Times]

Am I alone in still listening to Pure Heroine though? She really did capture lightning in a bottle with her first album. Melodrama wasn’t bad at all – she has some real bops in there, and I think she grew as a pop songwriter. I’m curious about her personal and lyrical evolution for the third album – what was precocious as a 16-year-old might seem patronizing as a 24 year old. That being said, I like that her message is go offline, get a life, make friends, go for a walk, etc. It would be very easy for her – as it’s easy for many artists – to keep her fans agitated, aggrieved and engaged with her drama.

As for the Jack Antonoff stuff… there is that same-y quality to the records he produces though. That’s why Lana started to sound a bit Taylor-ish and why Taylor definitely started sounding Lana-ish and why Lorde leaned into a frothier sound on Melodrama and on and on. I’m not saying Jack is responsible for the careers of these women, but he is responsible for making them sound alike! 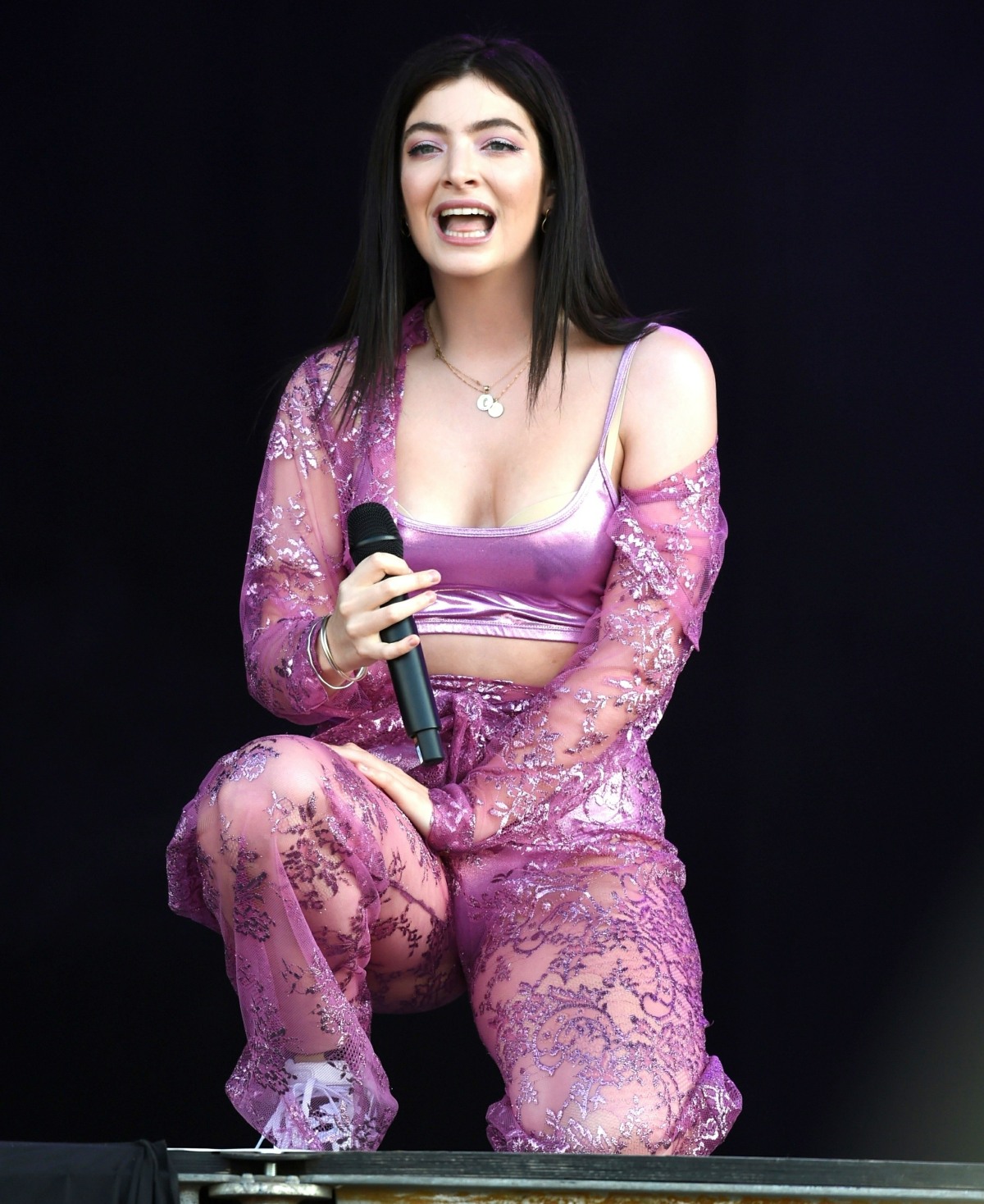