Dancer Louie Spence has shared videos of himself drying out his mother's ashes on the stove after realising that they were "turning to sludge" in their position in the garden.

The star – who rose to fame for his show Pineapple Dance Studios – shared a series of videos with his Instagram followers as he attempted to dry out his mother's ashes in one of her old pots.

Explaining his actions, Louie – who lost beloved mum Pat in 2013 – said: "Mum drying out on the Aga. A lot of you are asking, ‘Why was she was so wet?’

“She was on a plinth in the garden. It was sealed but obviously the seal broke and all the water got in.

The star then showed his mum's remains in a floral pan, which he explained was actually one of her own cooking utensils, before picking up a handful to show the consistency.

“Then we will be able to pot her back in her urn. So yes, day number three – drying out mum.

“As you can see she turned from sludge – she’s coming back alive, not literally – into a lovely consistency.”

The star, 52, also added a dash of whiskey to the pan during the drying out process. He explained: “She’s had a drop of whisky. Instead of having her on top of the AGA we’ve put her on a low heat to dry her out.

“She’s been about 1,000 degrees when she was burnt the first time so I think it’ll be fine and she won’t know because she’ll be [bleeped] from the whisky we just put in there.” 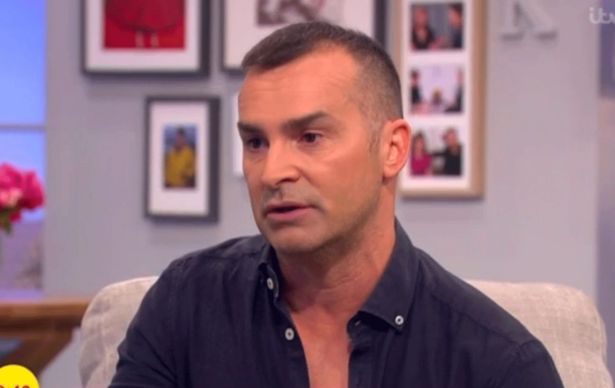 The star then quipped: "She’ll think she’s on holiday somewhere.”

Captioning his video, Louie wrote: "Drying mum out b4 we move," before later giving another update with the caption: "Mum drying out on the aga update."

Fans were divided by Louie's videos, with one writing: "I'm sorry but this is so wrong on so many levels," and another adding: "Seriously cannot believe that you think this is funny!!! Have some respect!!! I would be utterly devastated!!

However, some thought Louie's updates were fun, with one writing: "We had laughs with my dads ashes. He would have appreciated that we were still including him in things we were doing. You’ve got to do what you’ve got to do to cope with loss xx big hugs."

For all your updates on Louie Spence, his work commitments and romantic life, sign up to our daily OK! newsletter.