Breakfast: Dan Walker says he ‘got rid’ of his Christmas tree

BBC Breakfast star Louise Minchin shared an update with fans on Twitter this morning after revealing she wanted to see if her Christmas tree would last till the end of lockdown. The 52-year-old informed fans her decorations were “still going strong” in the third week of January.

Normally decorations would be taken down on the 12th day of Christmas, however the television presenter previously said the twinkling lights were lifting her spirits.

Earlier today, she posted a picture online which showed her standing in front of her fully-decorated tree.

Blue and silver baubles as well as lights and little knitted booties adorned her tree.

A casually-dressed Louise smiled for the camera as she snapped a selfie in her living room. 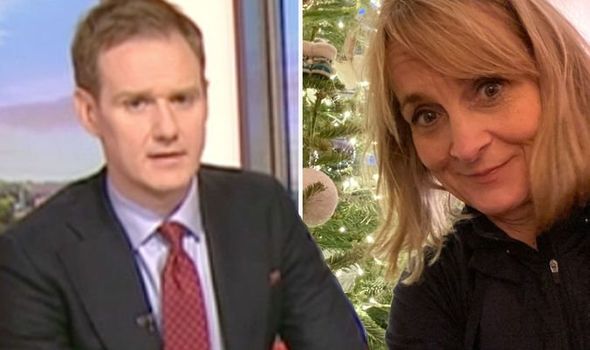 We will use your email address only for sending you newsletters. Please see our Privacy Notice for details of your data protection rights. Dan Walker: BBC Breakfast host speaks out as his child falls sick

Sharing the picture on Twitter, in view of her 197,600 followers, she wrote: “Morning, and to confirm much to @mrdanwalker’s horror the Christmas Tree is still going strong!”

Her co-star Dan Walker retweeted the post on his own account and added a shocked face emoji and a picture of a Christmas tree.

Many took to the comments section to share their thoughts on the matter.

Lots of people got in touch to post pictures of their own Christmas trees taking pride of place in their homes. 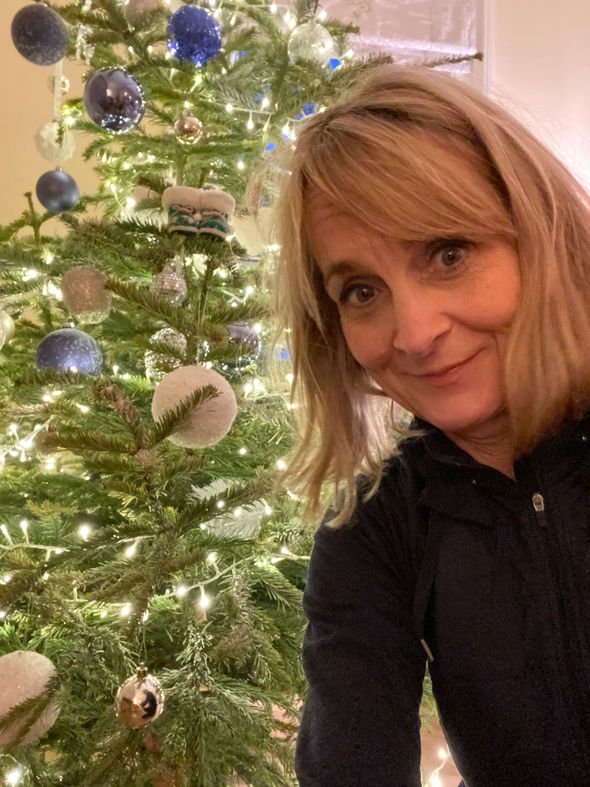 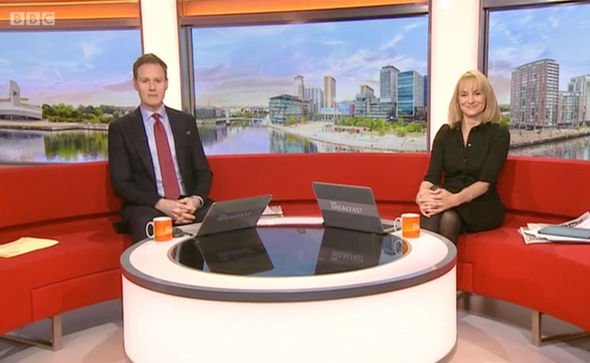 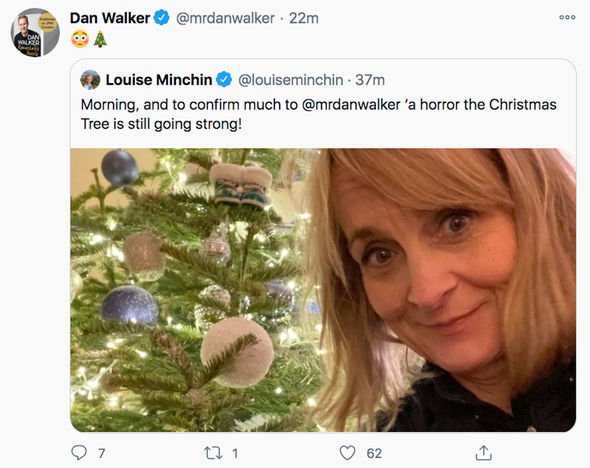 “Mines still up until at least candlemas 2nd Feb,” another added, sharing a similar sentiment.

“Love it! Good for you, ignore @mrdanwalker mocking you!” a third remarked.

However, some superstitious followers disagreed with her decision.

“You are bringing us all bad luck. Get rid of the tree, we don’t need this!” one person exclaimed.

On January 5, the day before the decorations normally come down, Louise spoke of her plan to keep her tree in place.

“I am tempted to see if the tree will make it to the end of #Lockdown3,” she wrote online.

Many agreed with her idea and suggested that the tree should stay up till candlemas, in February or until March if possible.

“It’s only 346 days until Christmas…never too early,” one Twitter user joked this morning.

Talking about the matter on the red sofa, Dan revealed his tree had long gone.

“We all decided as a family to get rid and move on,” he told his co-star.

“I decided late last night that mine is staying for sometime,” Louise said after making her decision to keep the Christmas spirit going at home during the third national lockdown.

The Most Stunning What Not To Wear Transformations

The Truth About Norman Lear’s Wife

When Are Shailene Woodley and Aaron Rodgers Getting Married?