Sgt. Jonathan Mattingly’s book is titled “The Fight For Truth: The Inside Story Behind the Breonna Taylor Tragedy” 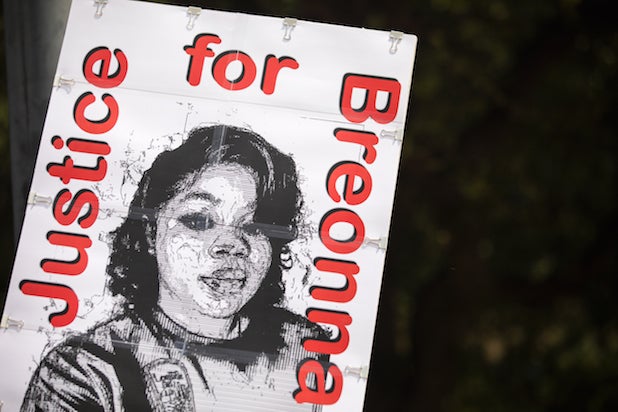 One of the police officers who took part in the raid that resulted in Breonna Taylor’s death has landed a book deal.

Sgt. Jonathan Mattingly, one of the three Louisville cops who participated in the no-knock raid of Taylor’s apartment in March 2020, is writing a book about the case titled “The Fight For Truth: The Inside Story Behind the Breonna Taylor Tragedy,” according to the Louisville Courier-Journal.

The book will be edited and published this fall by Tennessee-based Post Hill Press and distributed by Simon & Schuster. Post Hill Press specializes in “conservative political books,” according to its website, and has previously published books by Rep. Matt Gaetz, the Republican congressman who is currently facing accusations of sexual misconduct, as well as right-wing figures like Dan Bongino and Laura Loomer.

Taylor, a Black 26-year-old EMT, was fatally shot by three white Louisville Metro Police officers in plainclothes after they served a no-knock search warrant. The officers — Mattingly, Brett Hankison and Myles Cosgrove — broke down the door to Taylor’s apartment in the middle of the night on March 13, 2020. Taylor’s boyfriend, Kenneth Walker, fired one warning shot with his licensed firearm at the police, believing it was a home invasion. The police then fired back 32 shots, six of which struck and killed Taylor.

Taylor’s death sparked months of protests around the U.S. calling for police reform. However, Mattingly was never criminally charged over his role in the case and continues to serve as a sergeant in the Louisville Metro Police Department.

cop, in, ki, Louisville, raid, That
You may also like: