The winter series of Love Island is set to return on January 16 with a new batch of hopefuls looking for romance.

And one contestant who already have had a brush with fame is  24-year-old science and PE teacher Kai Fagan.

With his elder cousin Dean, 35, having played the role of Luke Britton in Coronation Street until his character’s demise in 2014. 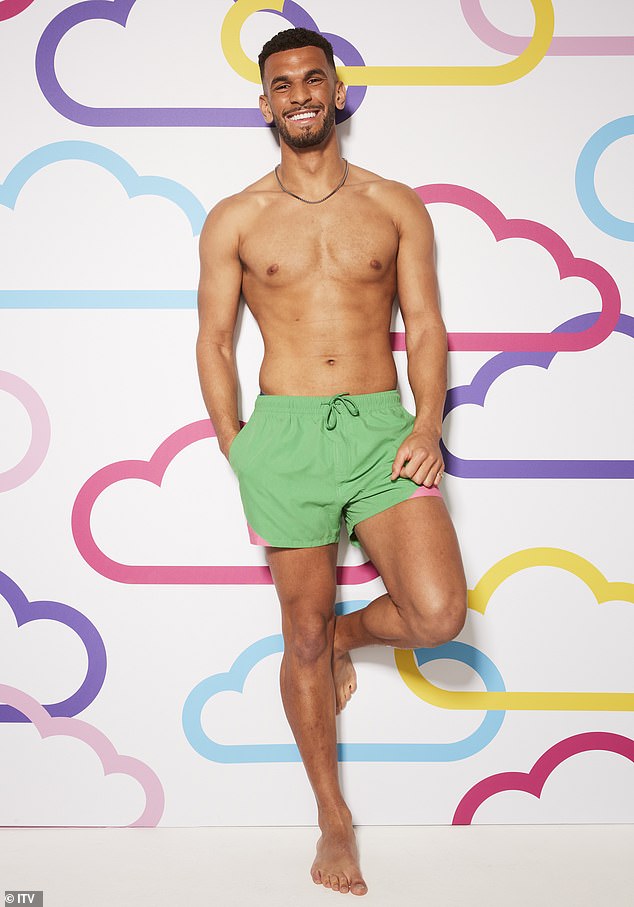 After four years on the famous street his character Luke met a grizzly end when he was burnt to death by villain Pat Phelan (Connor McIntyre).

Kai also revealed before heading into the villa that he was also in the same class at school with England footballer Marcus Rashford, 25.

He said: ‘I went to school with Marcus Rashford and we were in the same class. The school I went to was sponsored by Manchester United – I had so many experiences because of that’. 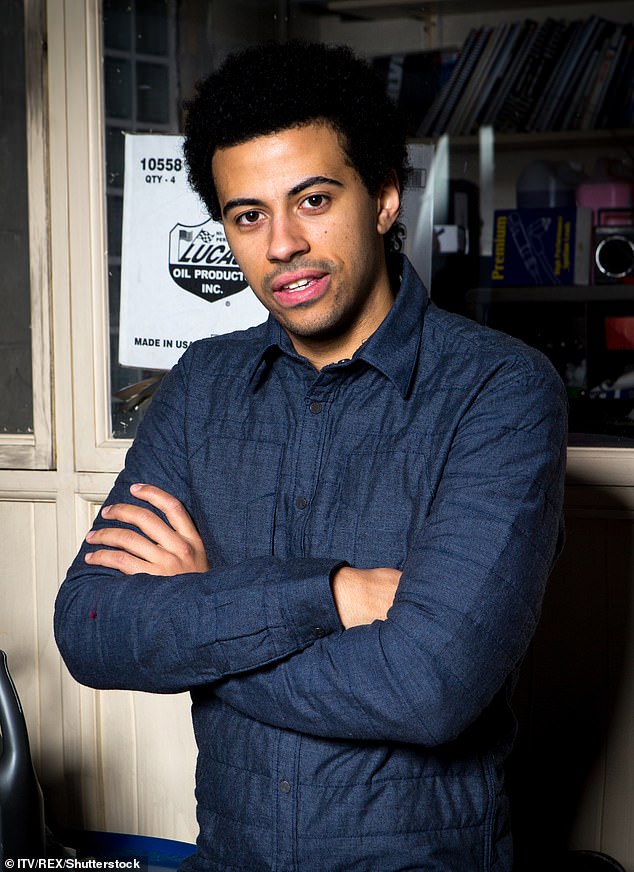 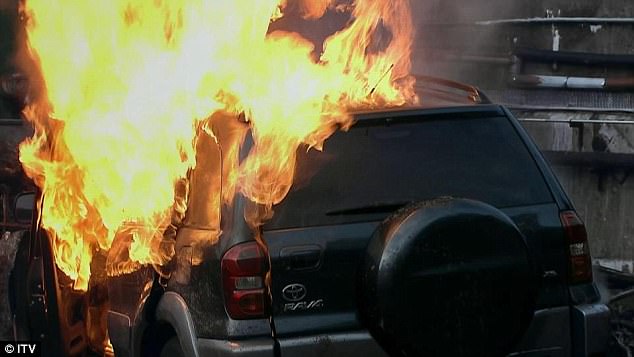 Explosive: After shooting Luke through the window the vile villain wasn’t done there as he coldly turned back to the car, and shot the petrol tank, engulfing the car in an enormous fireball, burning Luke to death

Marcus became a household name during the pandemic as he fought for less fortunate  children to continue to receive school meals when whilst studying from home.

Speaking about his love life Kai admitted he’s ‘single by choice’ but is ‘looking for the right girl.’

‘I feel like I have quite high expectations. I don’t feel I should commit to someone unless I’m absolutely buzzing over them, because it’s not fair on them,’ the Manchester based teacher adds. 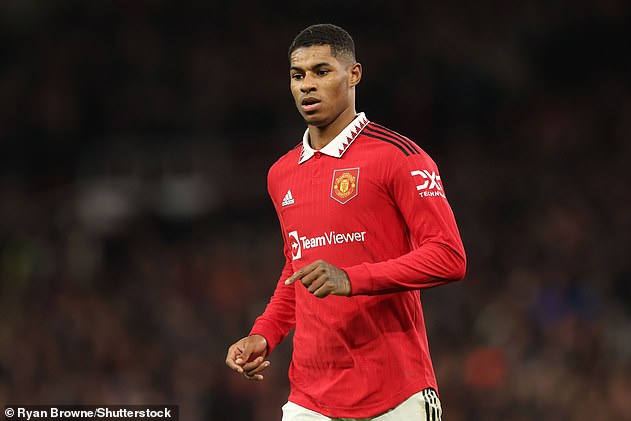 Player: Marcus became a household name during the pandemic as he fought for less fortunate children to continue to receive school meals when whilst studying from home

Kai is a Jamaican citizen, revealing he played rugby 7s for Jamaica while he still plays semi-professional rugby for Burnage RFC.

It comes after fans have once again hit out at the lack of diversity in the new line-up, pointing out that the contestants are ‘all size 8, Insta perfect with six packs’.

Twitter commentators have praised the reality series though for the inclusion of the first ever partially-sighted Islander and for casting a model who has the skin condition vitiligo.

One of the main criticisms of this year’s lineup is the lack of body diversity, with the show accused by some of casting the same body shapes ‘year after year’. 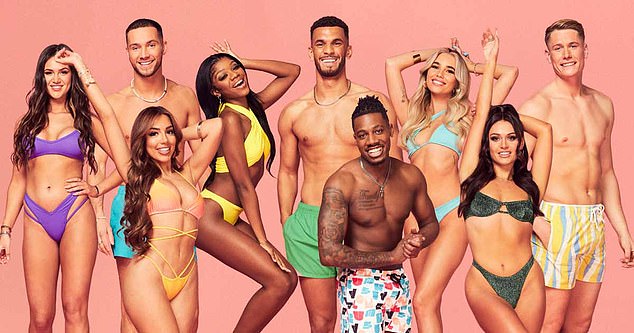 Criticism: It comes after fans have once again hit out at the lack of diversity in the new line-up, pointing out that the contestants are ‘all size 8, Insta perfect with six packs’

‘Another #LoveIsland where body diversity is non existent,’ tweeted one follower, with another agreeing: ‘Another year of no body diversity from Love Island, are we surprised ‘#LoveIsland’.

‘Dunno why I was hoping for some body diversity on #LoveIsland this time. I hate commenting on looks but it’s concerning when it’s all insta perfect, six packs and size 8/10’s’.

‘Do they not realise the influence they have over young people? To teach them that is normal is not ok,’ commented another.

Something not many people know about her: ‘I have Vitiligo, which is a skin pigmentation, you may not even notice it.’

‘It’s on my lip and I have a stripe on my hair. Not many people know that but I think it’s quite cute.’

‘I don’t care about covering it up all the time, I think it’s a vibe.’

Something not many people know about her: ‘In my work as a makeup artist I’ve worked with lots of celebrities.

‘Also, when I was 6-years-old I used to live in Spain and I was in an episode of Benidorm as an extra.’

Something not many people know about her: ‘I went on a date once and I never saw him again.’

‘We went for food and shared a bottle of wine. As I was speaking to him he fell asleep!’

‘I had to clink his wine glass to wake him up.’

Something not many people know about her: ‘My celebrity crush is Channing Tatum – I don’t like pretty boys, they give me the ‘ick’ because they always have a crap personality.’

‘Channing Tatum is handsome but not too pretty. He’s manly and he can dance.’

‘If a man can dance I’m in love with him straight away.’

Something not many people know about her: ‘I did a film with Jason Statham and had a nice 10-minute convo about life.’

‘I’ve been a ring girl for KSI, I played a waitress in James Bond with Daniel Craig and I’ve also been a body double for Michelle Keegan and Emma Watson.’

Something not many people know about him: ‘I’m a Jamaican citizen. Because of that I played rugby 7s for Jamaica.’

Something not many people know about him: ‘On meeting me, you’d never know I am blind in one eye.’

‘It was the result of a football injury when I was 8. I’ve got two different coloured eyes, one blue and one green.’

Something not many people know about him: ‘Every night I light a candle and meditate for 20-25 minutes.’

‘A girl I was seeing told me to meditate, I tried it and loved it. I stopped seeing her and carried on meditating!

‘It’s a nice way to self reflect’

Something not many people know about her: ‘I’m a very emotional person. It can be a blessing and a curse.’

‘Every time I watch Dear John I cry.

That’s my favourite film. Any time I’m with someone and they say, ‘Let’s watch a romantic film’, I’m like, ‘How about Dear John, how does that sound?’

Something not many people know about her: ‘I’ve never found love. I think this is the show that can help me.’