Macy Gray defends call to redesign US flag: It's 'confusing'

Macy Gray is speaking out.

Last week, the star made headlines when she wrote an op-ed for MarketWatch in which she suggested that the American flag be redesigned, as the current design has become “tattered, dated, divisive, and incorrect,” alleging that it has “replaced” the confederate flag as a symbol of racism and hate.

Reactions to the “I Try” singer’s suggestion were mixed, but certainly caused a stir on social media, and now, in an interview with TMZ, Gray has continued to defend her criticism and expanded on her call for a redesign.

She began the interview on Tuesday by once again explaining that it was the Jan. 6 riot at the U.S. Capitol following the election of Joe Biden that sparked her sentiments.

“I feel like the flag has been violated and weaponized,” she explained. “We all saw a man being beat with a flag pole and we saw the insurrectionists storm the capital and use the American flag as their badge and symbol.” 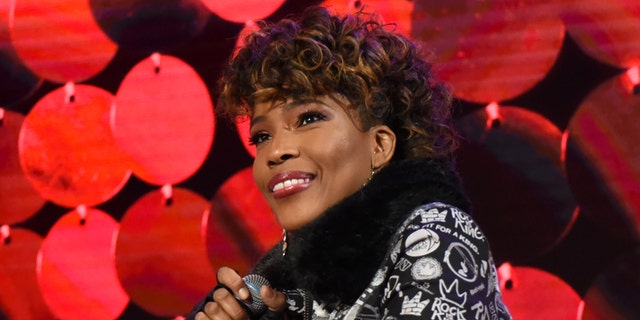 Singer Macy Gray has made a call for the American flag to be redesigned.  (Photo by Paula Lobo/Walt Disney Television via Getty Images)

Gray continued: “I think that the messaging from the flag has now changed. A lot of people feel very different about it.”

The singer said that when she sees someone holding an American flag, she thinks of it as “a weapon” and a “symbol of hate.”

“The flag’s been redesigned 26 times, we’ve had 26 flags, so this wouldn’t be the first flag change,” Gray explained. “The flag during the Civil War was completely different … we didn’t have 50 states and the flag has historically changed as the times have changed.”

The star added that she’s “never seen the world flip” more than it has over the last two years, which qualifies for a reason to change up the flag’s appearance. 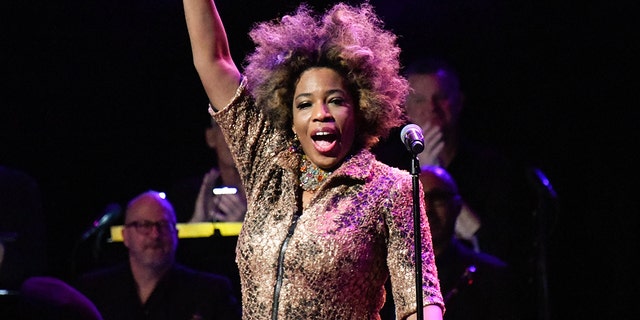 Macy Gray said that the symbolism of the American flag became ‘confusing’ after the Jan. 6 riot at the U.S. Capitol. (Photo by Astrida Valigorsky/Getty Images)

Part of her suggested change to the flag included altering the color of the stars to various tones on “the melanin scale” to accurately reflect the population of the States.