Madonna, 64, sticks tongue out at bare bottomed woman in painting 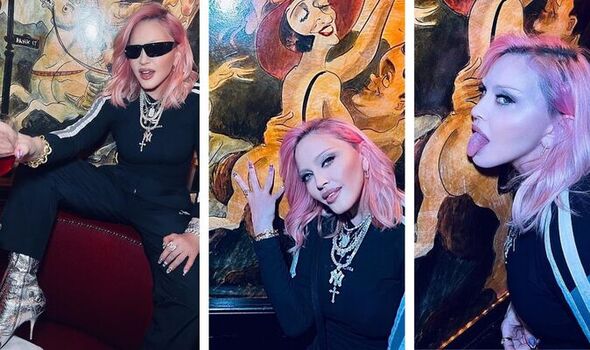 Madonna, 64, was pictured drinking out of a wine bottle while posing for the cameras as she flaunted her extraordinarily youthful visage on Instagram.

The pink-haired musical legend, who wore her locks in a shoulder length style, donned a Balenciaga tracksuit as she posed beside a large painting.

Standing beside one illustration of a bare-bottomed woman, she stuck her tongue out as if to lick her body.

The star had been hanging out at the Waverly Inn in New York, and the nude woman depicted in the illustration was the former salon hostess Mabel Dodge.

Meanwhile, Madonna accessorised her look with chunky diamond necklaces and even fake nails emblazoned with the sign of the evil eye. 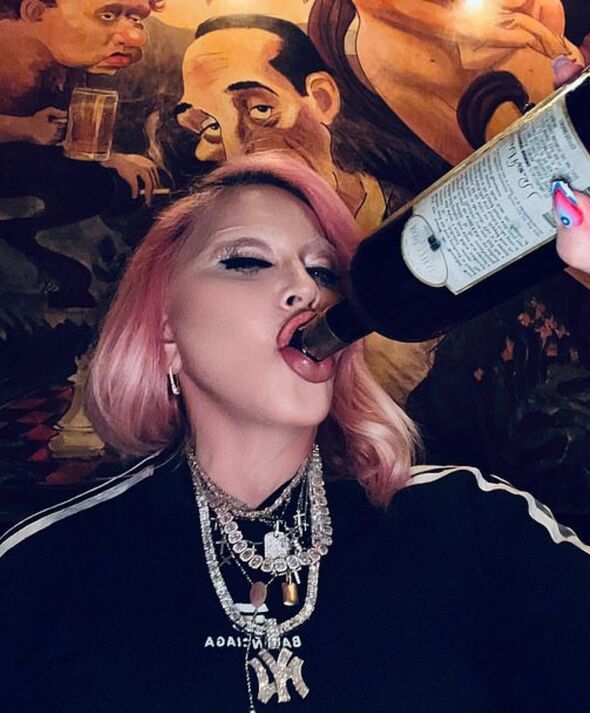 Material Girl Madonna looked youthful on a night of celebrations, and she attracted more than 163,000 likes in a matter of hours. 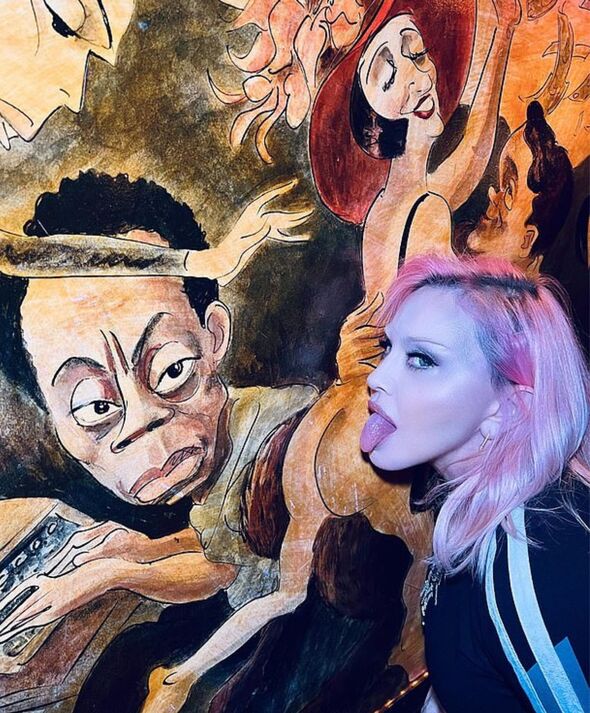 Mischievous Madonna aimed to incite a reaction as she stuck her tongue out beside a naked Mabel Dodge, who was the late salon hostess. 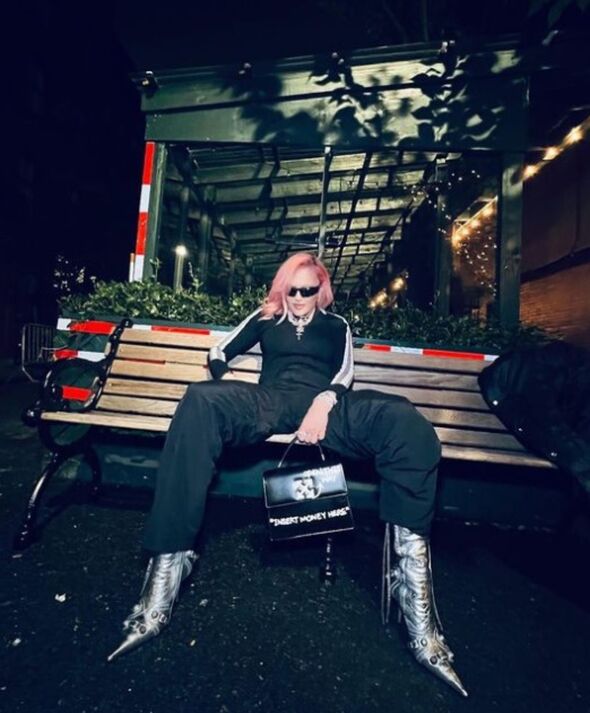 Madonna sported a black Balenciaga tracksuit with white stripes, paired with high-heeled metallic silver boots, while she lived up to her Material Girl reputation by clutching a bag cheekily emblazoned with the words: “Insert Money Here”. 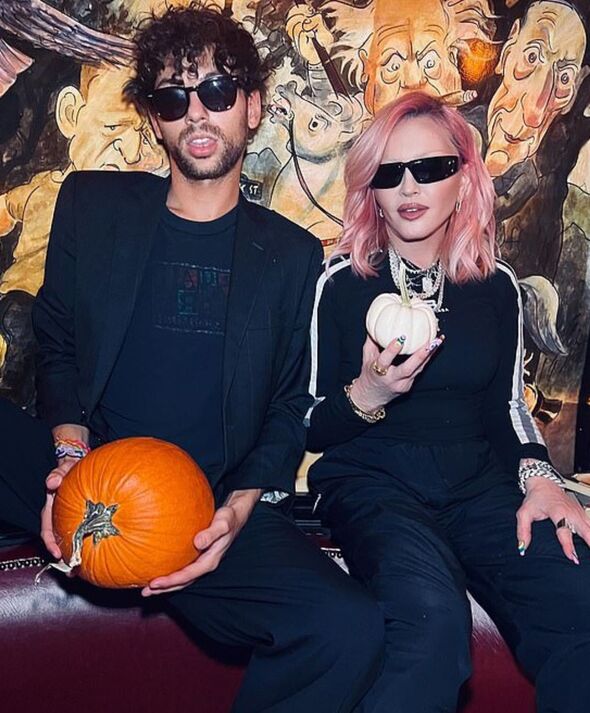 Madonna had been hanging out with Henry Chesley, who has previously worked with her 25-year-old daughter Lourdes on a photoshoot for sports brand Adidas. 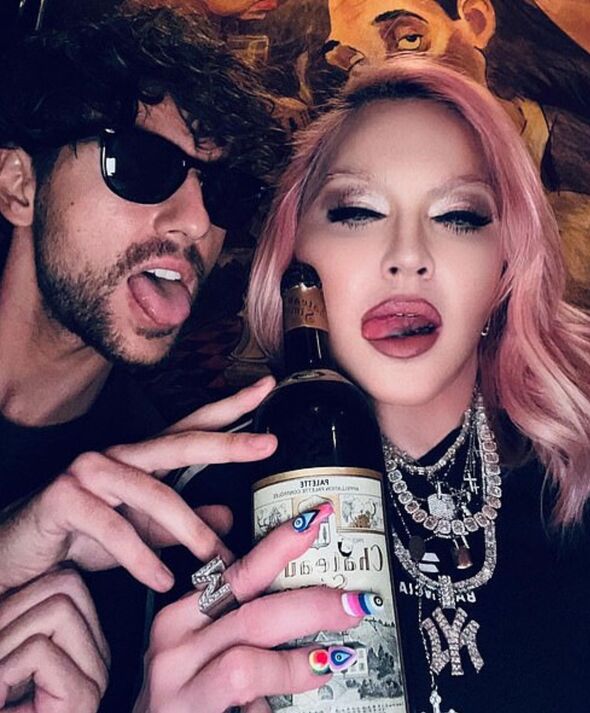 Madonna sported nails with protective art on them

Madonna’s fake nails were emblazoned with motifs that, according to superstitious belief, ward off the “evil eye”.