Mara Wilson is looking back on Matilda, 25 years after the iconic film hit theaters. The now 34-year-old actress opened up to ET’s Lauren Zima about the movie, her life as a child star and how she remained grounded while growing up in Hollywood. While the cast and crew were hoping the film would be a hit, they had no idea it would have the lasting impact it continues to have today.

“I don’t know if we knew. I think we hoped that it would be a hit and I think that Danny and everybody who wrote on it and worked on it hoped, you know, we really hoped that it would do something,” Wilson told ET. “We knew that there weren’t a lot of movies like this. There weren’t very many movies where intelligence is rewarded and resourcefulness is rewarded. There also weren’t that many movies about little girls and especially not little girls who had inner strength, so I think that we knew that we were doing something kind of special.”

The film was ahead of its time not only for the way it rewarded a smart, little girl, but for the diverse cast of children that was seen onscreen. But despite becoming a cult classic, the movie wasn’t an instant hit. In fact, it didn’t do very well at the box office.

“It was not a huge hit at the time. It did all right, but it didn’t do very well,” Wilson shared. “It became a hit especially with VHS and with DVD, and I have been signing VHS that people kept and DVDs that people kept for 25 years now, and that is something that is really cool. And probably the coolest thing is when people tell me they introduced their children to it, so they will say, ‘My daughter loves it, my son loves it. I watch it with my kids,’ and that is really cool to know that you are a part of something that is generational.”

As an 8-year-old at the time, Wilson called herself lucky to work with Danny DeVito and Rhea Pearlman, who played her father and mother in the film. The former child star referred to DeVito — who also directed the movie — as an “uncle” on set, telling ET that the pair really understood each other and remain in contact to this day.

“I feel like Danny and I just kind of understood each other. I don’t know what it was, but I immediately felt a connection with him, and I think that he was probably a lot like a lot of the other people in my family, just full of good stories and a good sense of humor, and very talkative and outgoing, but also very considerate,” she explained of her relationship with DeVito. “He thought a lot about other people. He did a lot of humanitarian work and he really cared a lot about people. And you can tell, it came through. And the same was true of Rhea. She was always the consummate performer, but she had a truly wonderful heart.”

Even the very scary Miss Trunchbull was a sweetheart off camera.

“A lot of the people on Matilda were truly like that,” Wilson continued. “Funnily enough, Pam Ferris, who played Miss Trunchbull, she was like that. And Beth, who played Miss Honey, she was like that too. So it felt very much like he was somebody I could talk to. He was somebody I could relate with and I felt like we understood each other, which was very nice.”

While Wilson called herself lucky to have the experience of being a child star, it was her real-life family that made sure she still had her childhood.

“It was very important to my family that I remained a child,” Wilson explained. “So, I shared a room with my sister until we were, I think I was 14 and moved houses, and finally I got my own room. I went to Girl Scouts and I went to a public school. And also, where I grew up in Burbank, California, it’s actually pretty common to be a child actor. A lot of my friends had been in commercials for restaurants, or clothing and things like that. And in some ways, there was kind of a hierarchy where it was cool to be in these commercials, and was not cool to be in those commercials, and people just kind of saw it as a hobby.”

“People saw it the same way that they would see, you know, T-ball or a church choir or Scouts or something like that. Like it was just kind of something you did. And kids would come out every year for pilot season and a lot of these kids were my friends. So it was actually pretty normal where I lived,” she added.

DeVito and his real-life wife, Pearlman, helped a bit with that too, especially while Wilson was dealing with her mother’s cancer and her eventual death.

“I think that it was probably the best thing that could’ve happened to me at that time, because it kept me away from worrying and it made me not focus on it,” Wilson said of working on the film at that time. “In fact, I realized later on, that they (DeVito and Pearlman) would be planning these fun weekends and things for me to do, and Danny and Rhea would take me to the theater to see a play, or to the movies or to just hang out at their house, things like that that was all usually done when my mother was in the hospital. So it really did keep me distracted and it really did keep me happy and I had a lot of people on set who really loved me and really took care of me.”

Wilson’s mother died four months before Matilda was released, with the film ultimately being dedicated to her.

Wilson has been very open about the treatment of child stars, specifically Britney Spears. In an op-ed written in February for The New York Times titled, “The Lies Hollywood Tells About Little Girls,” Wilson shared the parallels between her and Spears’ treatment in the media.  While she’s never met the pop star, Wilson said the media and Spears’ family need to let her live her life.

“I have never met her, but I really feel like I keep thinking about her song, “Overprotected,” and I think that she really needs to be able to live her life for herself, because she hasn’t for so long,” Wilson shared. “She has been living a life under somebody else’s control and that is terrible, and I think that is the truth for a lot of people who achieve that level of fame. They don’t really have any freedom. But she didn’t have any freedom because of paparazzi and because of what was done to her because of the conservatorship, so I think that we need to let her live her life because anybody would be chaffing under those restrictions, anybody would be struggling.”

As far as what she would tell other young people about getting into the industry? Do it for the love of it.

“I think that they really need to love what they’re doing. I think that if children really want to get into the industry, it has to be because they really love doing it. They have to be doing it for the love of performing. And I also think that parents shouldn’t touch that money. I think that money should be put away for the child’s education, or to be a cushion for when that child is older,” Wilson explained.

She continued, “Children should really think about what first made them really love performing. And think, ‘OK, was it Christmas presents? Was it performing in the living room with my cousins? Was it singing for my grandma?’ And think to themselves, ‘If I could only have that audience for the rest of my life, would that be OK with me?’ And if the answer is yes, then that’s good, because the paradoxical nature of fame is that a lot of times you want it, but you can’t get it, and then you get it, but you’re frustrated with it, and if you’re just going into it chasing fame, it is a fleeting thing. So you can’t really go into it looking for that. You have to go into it for the love of performing. You have to love the camaraderie of a set. You love singing, you love dancing, you love acting, you love playing the sport that you play. Anything that performers do, they really have to do it for the love of it.”

‘Showbiz Kids’: Child Stars Share Stories From Growing Up in the Spotlight 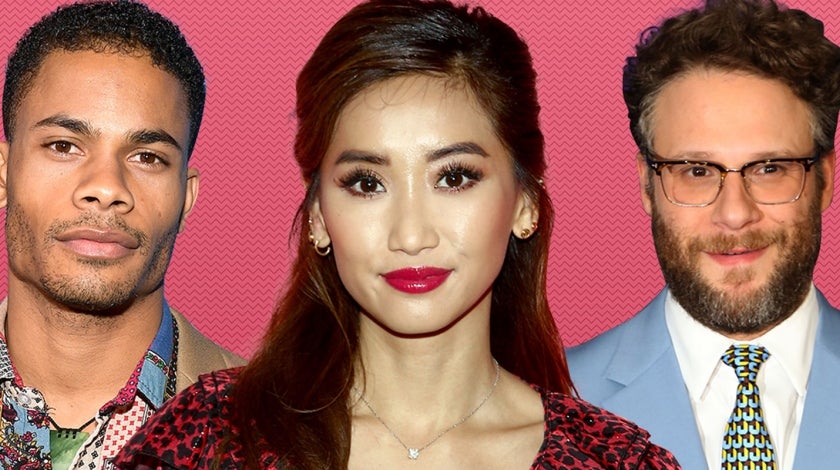 Celebs You Forgot Were Child Stars

Viola Davis Once Said Her First Oscar Nomination Led to a 'Horrible' Midlife Crisis: 'I Should Be Happier Than This'