Mary M. Cosby is one of the stars of The Real Housewives of Salt Lake City who had a controversial season. The big news for the franchise was that the snowflake-holders met up to film the reunion and talk about season 2 but Cosby went missing and didn’t attend. Now the entrepreneur is breaking her silence and revealing the real reason she decided to skip the reunion.

Cosby made an appearance on Twitter Spaces where she spilled the tea about why she decided to skip the RHOSLC reunion.

“The only thing I have to say about the reunion is [that] I didn’t go because it was one-sided,” she said. “And everyone heard one side of what they felt — they told lies. I was not going to get on the reunion for a four-part reunion and talk about this guy that has passed.”

When someone gasped at the thought of a four-part reunion Cosby acknowledged it and said they would have a lot to talk about adding, “How many titles did they put on me? I was a lot of things this season.”

Another user asked what other housewives she liked from the franchises and she cited Nene Leakes, Bethenny Frankel, and Ramona Singer. Cosby said that The Real Housewives of New York City “fell off” when Leah McSweeney joined the show.

“It’s my opinion, doesn’t mean it’s right. When they start mixing things up… I think they should’ve kept the originals and when they start adding cast it just started not mixing and matching and things just started to get dull and boring,” she added. 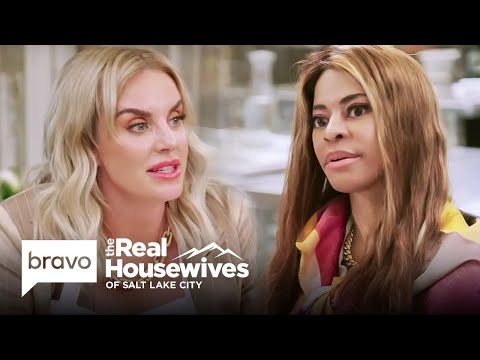