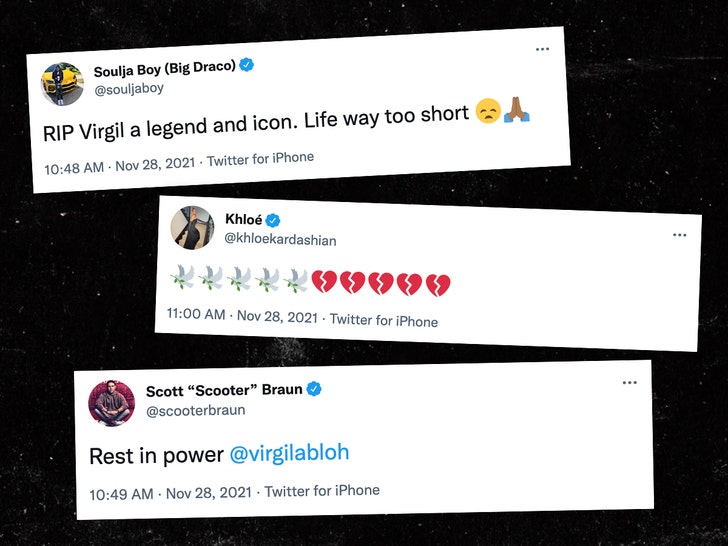 Still no sign of a tribute from Ye or Kim … but we imagine theirs are forthcoming.

Virgil Abloh — the artistic director for Louis Vuitton and the founder of Off-White — has died … this according to his respective fashion houses.

Their CEO Bernard Arnault adds, “We are all shocked after this terrible news. Virgil was not only a genius designer, a visionary, he was also a man with a beautiful soul and great wisdom. The LVMH family joins me in this moment of great sorrow, and we are all thinking of his loved ones after the passing of their husband, their father, their brother or their friend.”

Like we said … Virgil was historic in the fashion game, as he was the first black man to be tapped to take charge at LV with its look and vision in early 2018. He was a revolutionary designer and was also good friends with Kanye West and Kim Kardashian.

Speaking of Ye, Virgil and him had been feuding in recent years — alluded to on some of Kanye’s songs — but they squashed their beef during the 2018 Paris Louis show, where they embraced in front of cameras and posed together too.

Ye seemed to be upset that Virgil had taken the Louis job at the time, as opposed to perhaps working exclusively with him.

Sources with direct knowledge tell TMZ … he and Virgil remained close in recent years, and VA even attended one of Kanye’s ‘DONDA’ listening events in Chicago this year. Not just that — but we’re told Kanye was also one of those close to Virgil who was aware of his illness.

Their relationship goes back years … all the way to 2009 when Virgil was interning for Fendi, where he first rubbed shoulders with the rapper/producer. He went on to start Off-White … which took off as a major success. 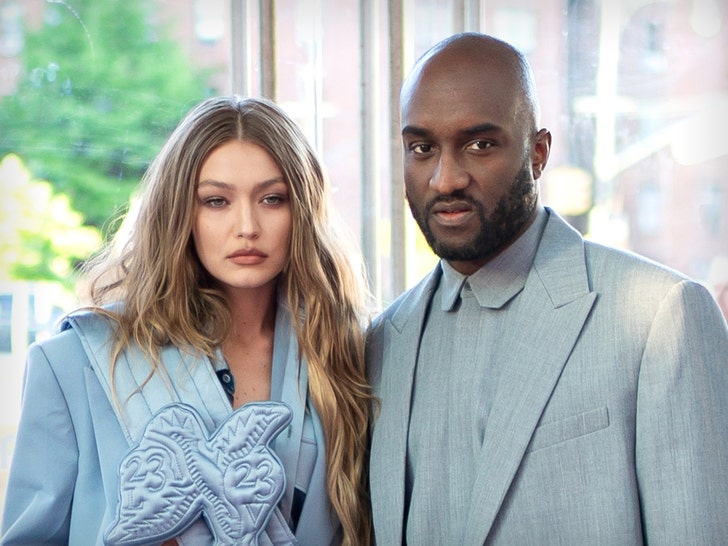 Virgil’s meteoric rise is unlike any other … and his talents did not go unrecognized, especially among the rich and famous. He had many, many admirers and friends in Hollywood — including models, actors, singers, rappers, musicians, athletes, traditional artists, fellow designers and, of course, business executives from multiple different industries. He is also a fixture in the media.

One of the last times VA was seen out in public was a full month ago, toward the end of October … when he was photographed walking the streets of NYC with a snowboard in hand. Looks like this might’ve been a collab he was working on, which he was handing off to vet shredder Russell Winfield … who held on to what Virgil had apparently made for him. 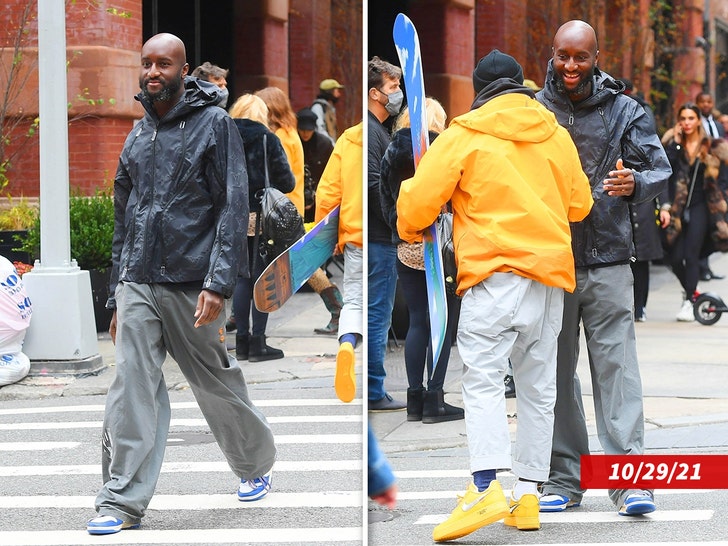 Just goes to show … the guy was a designer in every sense of the word, even beyond just wardrobe and apparel.

Virgil leaves behind his wife, Shannon, and his 2 children. He was just 41.