Follow
Home » Celebrities » Matt Damon Becomes The Butt Of Jokes On Twitter After NASA Lands On Mars: ‘No Signs’ Of Him Yet

Matt Damon Becomes The Butt Of Jokes On Twitter After NASA Lands On Mars: ‘No Signs’ Of Him Yet

After a nearly 300-million mile journey, NASA’s Perseverance rover touched down on Mars. This is where Matt Damon’s character becomes stranded in ‘The Martian,’ leading Twitter users to get creative with memes.

Sorry, but there is “no sign” of Matt Damon on Mars, where the NASA Perseverance rover landed on Feb. 18. This was a quip from rugby player Brian Moore, who joined the many other people who flooded Twitter with memes about Matt’s character in The Martian on Thursday. In case you forgot, the 50-year-old actor played an astronaut who gets left behind on Mars in the 2015 film.

The Perseverance rover sent back its first photo from Mars after it touched down on the planet, and sadly, Matt was nowhere in sight. Some Twitter users got creative and edited a photo of a spacesuit-clad Matt into the photo. “This is awesome. Huge congrats to everyone who helped find Matt Damon. Let’s bring him home,” one such person joked in a tweet.

Fark founder Drew Curtis joined in on the Twitter-wide joke, writing, “The Federal Government continues to spend far too much money trying to rescue Matt Damon. He knew what he was getting into.” Meanwhile, NFL analyst Jamey Eisenberg asked NASA how the Good Will Hunting star is doing: “Is Matt Damon OK? How are the potatoes?” For those who didn’t watch the movie, Matt’s character was able to survive on Mars thanks to a hobby of growing potatoes on the planet. 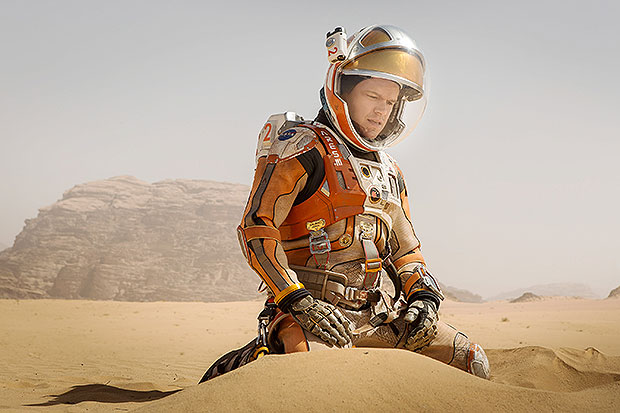