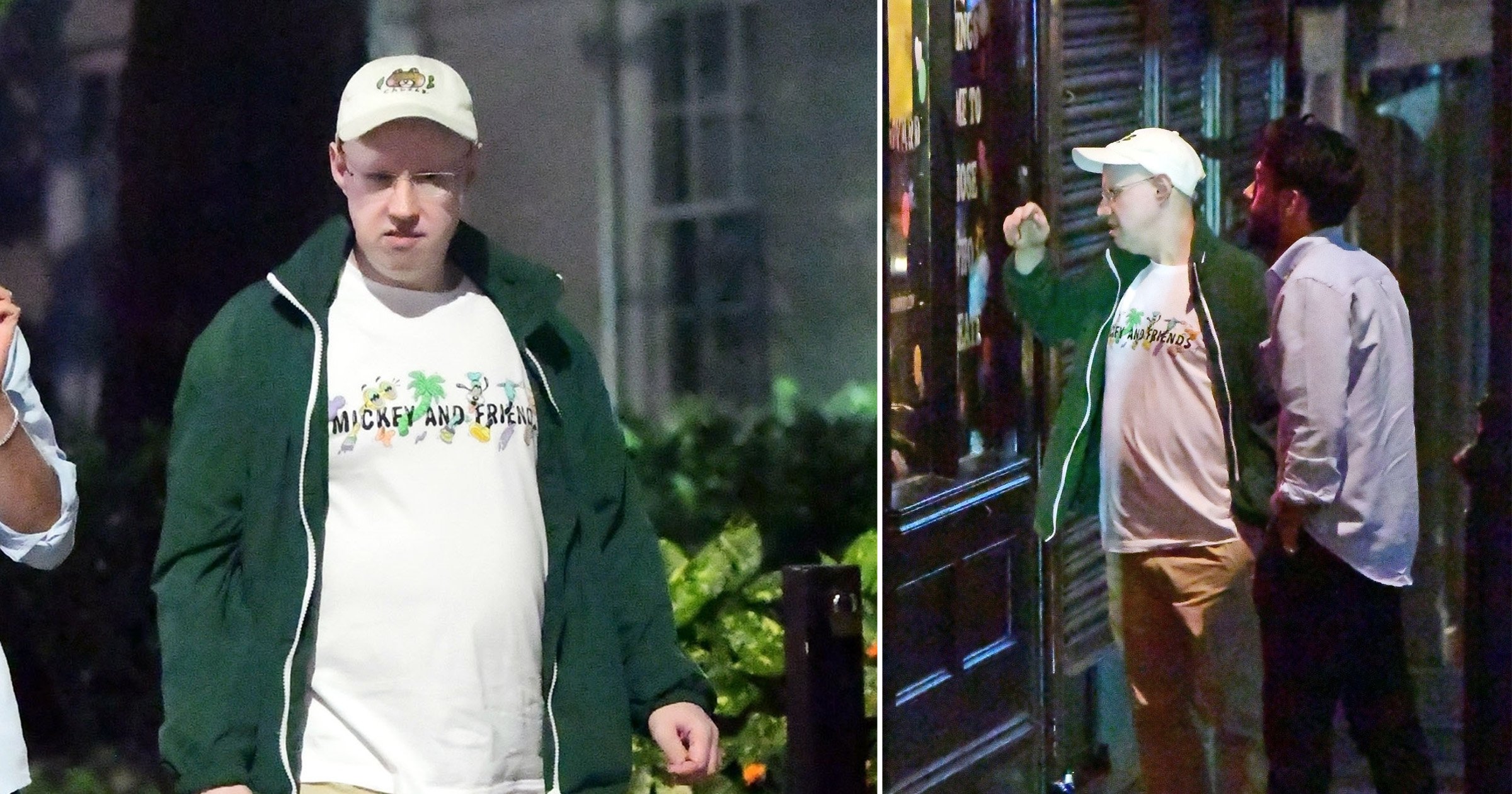 Matt Lucas has revealed the results of his recent weight loss after telling fans he put on weight while ‘eating most of the cake’ on Great British Bake Off.

The comedian and TV star, 48, stepped out for dinner with a friend in Notting Hill this week, wearing a white T-shirt, chinos, green hoody and a baseball cap for the casual outing.

The pair enjoyed a meal at an Italian restaurant in the area before taking a walk together and stopping to look in a shop window.

Matt recently opened up about his health and fitness overhaul after people noticed he was looking slimmer than before.

Lord Alan Sugar tweeted: ‘Wow @RealMattLucas has lost so much weight,’ to which the Little Britain star revealed he had made changes after putting on weight while hosting the Great British Bake Off.

He responded: ‘Thanks. Basically I was already pretty big and then I went into a large white tent and ate most of the cake inside.

‘Then I saw myself on telly and thought “I can barely fit on the screen” and realised it was time to do something about it.’

Proving it’s all about balance and not depriving yourself of the things you enjoy, he added: ‘That said, I have just had a Pot Noodle.’