Megan Fox revealed she ‘knew instantly’ that Machine Gun Kelly was ‘a soul’ she’s ‘traveled with before’ and had a ‘purpose’ being in her life, in a new open and honest interview.

Megan Fox, 35, is continuing to let the world know how connected she feels to her boyfriend Machine Gun Kelly, 31, in a new tell-all interview with Who What Wear. The actress discussed the intense feelings she had for the rapper, whose real name is Colson Baker, immediately after meeting him, and admitted she feels the universe brought them together for a reason. It all started when they began filming the movie Midnight in the Switchgrass together in early 2020.

“It was definitely a vehicle – I’ll be honest – for me to meet Colson,” she told the outlet. “I knew he was gonna be in the movie, but the universe was just like, ‘Go do this. There’s something about this experience that’ll be really rewarding for you.’” 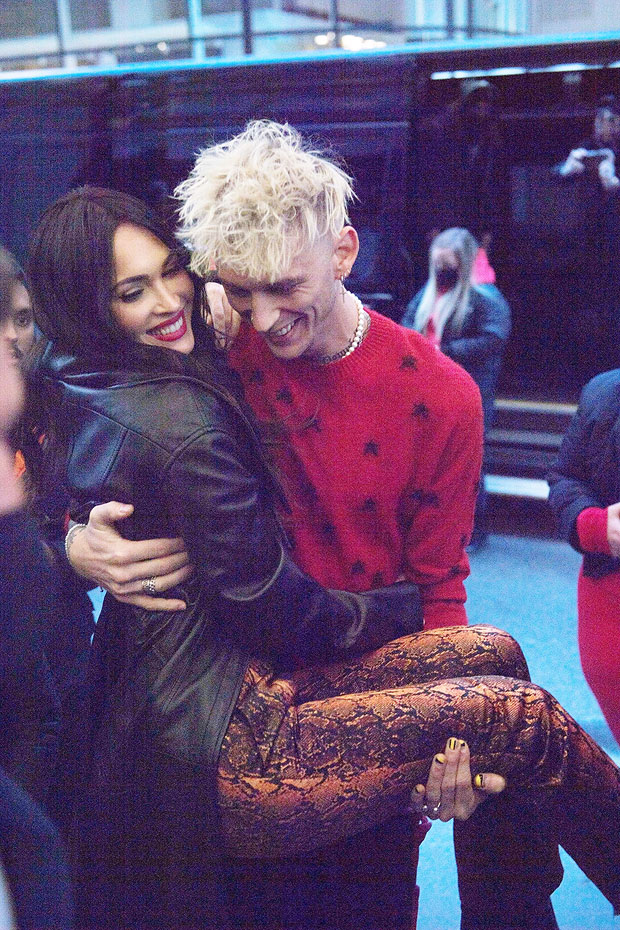 In the Randall Emmett-directed film, Megan plays FBI agent Rebecca Lombardi while MGK plays a sex trafficker and it seems sparks flew on set between the now happy couple. “When I met [MGK], I knew instantly that this is a soul I’ve travelled with before, that this was a soulmate connection, and that there was a purpose here,” the doting girlfriend gushed. “There was my logical brain chiming and being like, ‘This will never work for 101 reasons.’”

Despite the connection Megan felt at the time, MGK was still in a relationship with his then-girlfriend Sommer Ray, who was actually staying in his hotel in Puerto Rico, near where they were shooting the movie. Meanwhile, she had just separated from her husband Brian Austin Green, with whom she shares three kids. They officially divorced in Nov. 2020. 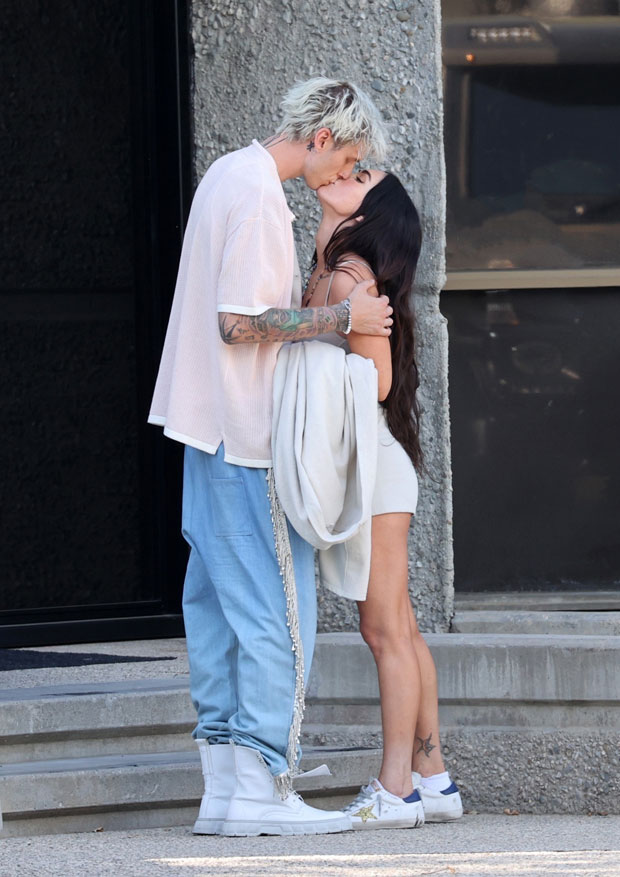 Megan and MGK started dating shortly after making Midnight in the Switchgrass in spring 2020. Once they went public with their romance, they didn’t hesitate to show off PDA on outings and on social media on a regular basis. The Jennifer’s Body star also appeared in her new beau’s music video for “My Bloody Valentine” and the lovebirds have continued to show support for one another at music and film events.

Machine Gun Kelly, Megan Fox
You may also like: