Megan Fox, 35, opted for a stylish yet casual look on Wednesday (Aug. 11) as she visited beau Machine Gun Kelly, 31, on the set of his new music video in Los Angeles. The Jennifer’s Body actress was dressed in a peach crop top, black sweatpants and a pair of fuzzy leopard-print slippers for the outing. While there, Megan got a peek into her musician boyfriend in his natural element — and she got to look super comfy while doing so! 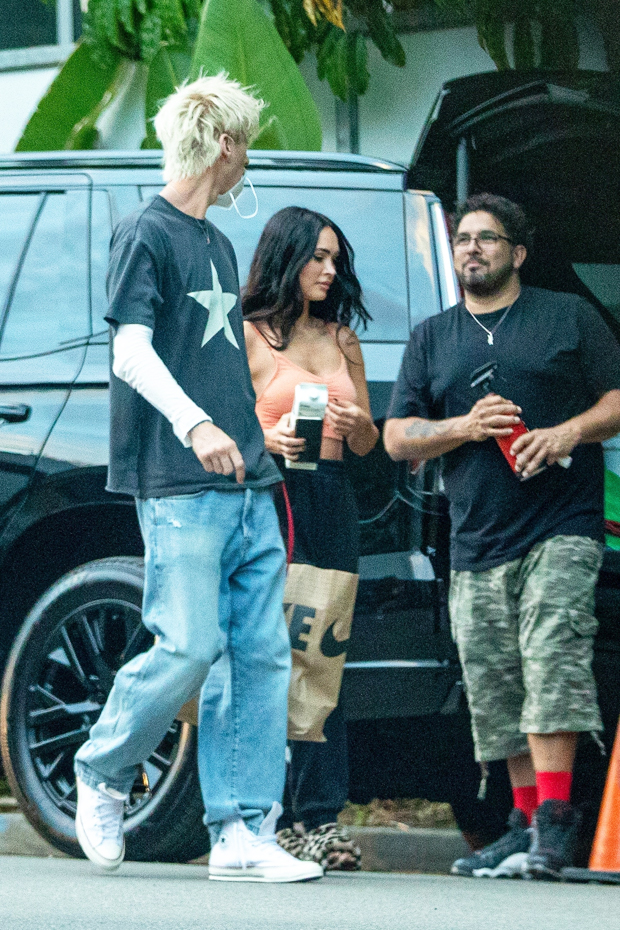 MGK was similarly dressed in pretty casual attire, though his clothing was likely picked out for whatever is in store for his upcoming music video. He wore baggy denim jeans, a black shirt with a white star graphics and Converse shoes. He was seen greeting Megan and walked by her side as she arrived at the set. Mod Sun was also reportedly spotted shirtless on the scene of the video shoot. 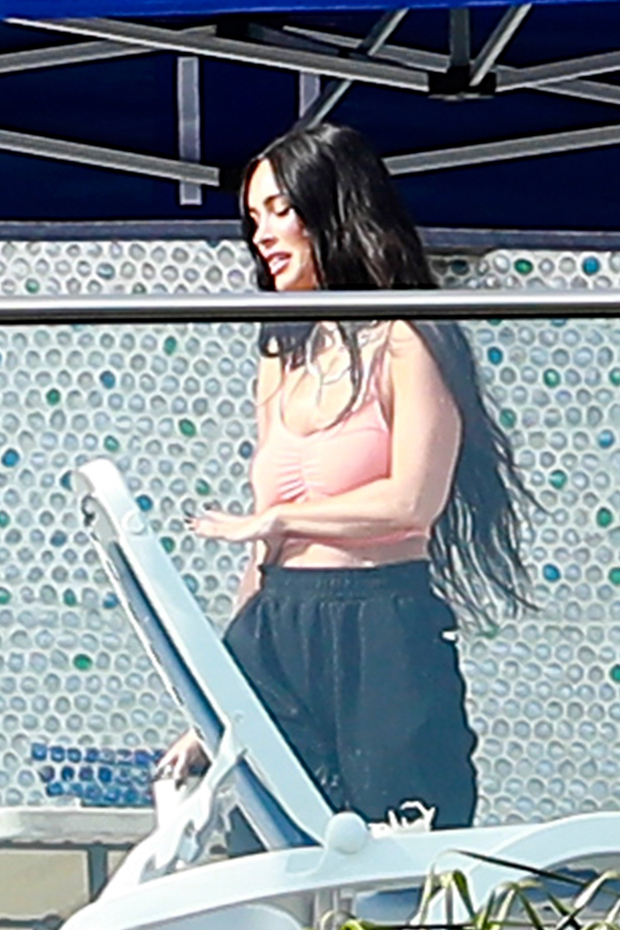 Megan began dating MGK — née Colson Baker — after the pair met and subsequently fell in love on the set of their film Midnight In The Switchgrass in early 2020. At the time, Megan had newly split from husband Brian Austin Green, with whom she shares sons Noah Shannon, 8, Bodhi Ransom, 7, and Journey River, 5. Megan and MGK confirmed their romance in June 2021, and since then they’ve been inseparable while enjoying one PDA-filled date night after the other.

Amidst their romance, Megan has also been MGK’s biggest cheerleader in his music career. The Transformers actress was recently spotted supporting MGK at his surprise show at Lollapalooza in Grant Park in Chicago, IL. She could be seen smiling and laughing as she watched his set among the large crowd of music fans, including MGK’s daughter, Casie, 12. At one point, Megan waved at onlookers while looking oh so happy to be there for her man.

Machine Gun Kelly, Megan Fox
You may also like: