Sporty Spice Mel C has revealed she was "afraid I'd kill myself" at the height of the Spice Girls' global fame.

The 48 year old singer, who recently split from her boyfriend of seven years, says despite her success behind the scenes she was quietly battling depression, anorexia and binge eating.

Promoting her upcoming autobiography Who I Am Mel told theDaily Mail: “I never want to look back on that time negatively, but it is important for me to tell the difficult parts of my past.

“Our culture has changed so much and so many young people are hungry for fame. And I just want them to be prepared. It’s not plain sailing.”

Themum-of-onepinpoints the summer of 1994 as the beginning of her health troubles, saying her eating became disordered after her body was criticised.

When demonstrating how to do a backflip, Mel says she was told: “‘I’m surprised you can do backflips with thighs like that.”

She claims bandmateVictoriatold her a similar thing had happened to her, after she was pulled aside and told she needed to lose a few pounds.

Speaking about her own health concerns, Mel says she eliminated food groups until all she ate was fruit and vegetables.

She says: "I was never anorexic to the point of being admitted to a hospital, thank goodness. But my periods stopped, so obviously my body fat was too low.” 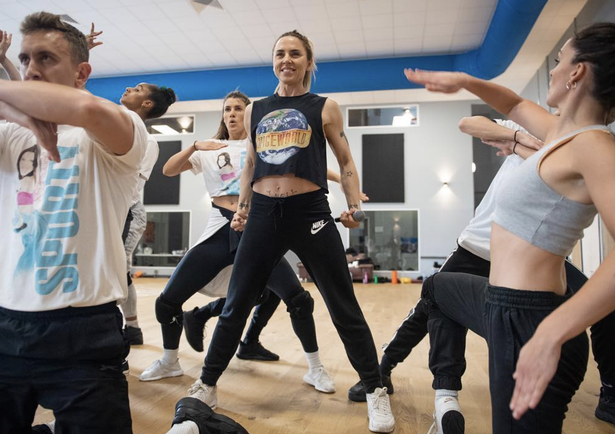 Around 2000, Mel began binge eating, alongside her other health issues. Then in December of that year the Spice Girls broke up, leaving Mel at her lowest point.

Embarrassed, she struggled on in secret, feeling unable to confide in anyone.

When asked if she was afraid she’d end up killing herself, she says: "Potentially, yes. Potentially going so far down that road. My own behaviour discouraged me so much. I didn’t know how far that could progress. So it was definitely time to get outside help.”

Eventually Mel saw a doctor who diagnosed her with clinical depression, anorexia, a binge-eating disorder, severe anxiety and agoraphobia, and she was put on antidepressants.

If you have been affected by this story, you can call the Samaritans on 116 123 or visit www.samaritans.org.