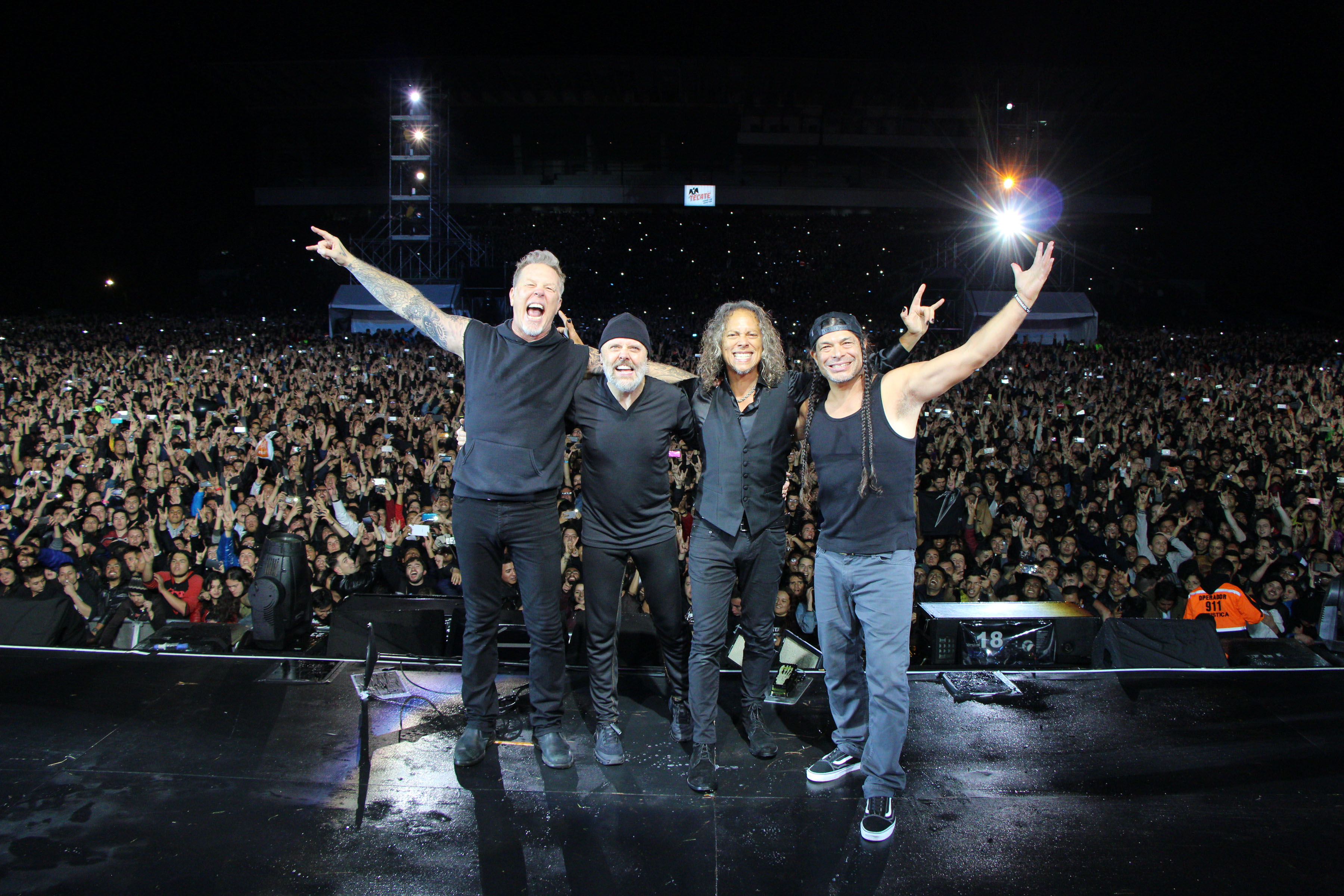 A pregnant Metallica fan gave birth to her baby boy while in the audience at the band’s show, in the most rock ‘n’ roll arrival ever.

Joice M Figueiró was in the crowd as the group, made up of James Hetfield, Lars Ulrich, Kirk Hammett and Robert Trujillo were performing at the Estádio Couto Pereira, in Brazil.

The tattoo artist purchased tickets to see the rockers as part of their South America tour, which had been pushed back by two years due to the pandemic.

According to reports, she was 39 weeks pregnant and sat in a special area in the crowd when she began to have contractions shortly before the set was due to end.

Her waters broke as she made her way to the venue’s medical room – but there was ‘no time’ to go to a hospital, meaning that she gave birth at the stadium.

In a lengthy post written on Instagram, she explained that her son was born to the sound of the group’s biggest hit, Enter Sandman.

Joice also joked that she would be honoring the group with the name of herself, quipping that he was to be called James Ulrich in memory of his unusual birth.

Confirming that this was a joke, she later introduced fans to newborn – and the youngest Metallica fan – Luan Figueiró.

‘It was a mix of emotions,’ Joice later told the Washington Post. ‘Since it wasn’t planned, I was scared that the medical team wouldn’t be ready.

‘But there’s also the feeling of being able to tell people that this happened because Metallica is one of the bands we love the most.’

‘It was a blur,’ she said, adding that it ‘all happened so fast’.

Clearly impressed by her dedication, Metallica shared her post about the birth on their official Instagram story.

The group are set to bring their South American run of dates to an end in Brazil this week, before returning to the US for more performances in California and Boston.