Michael Rubin is one of the few people on earth who can get Hollywood’s richest and most famous in one place at one time — and this year was no exception in his patriotic blowout.

The ’76ers co-owner hosted his annual 4th of July White Party in the Hamptons this weekend, where all sorts of talent (musically and sports-wise) flocked to rage and share in a good time ahead of the big holiday. 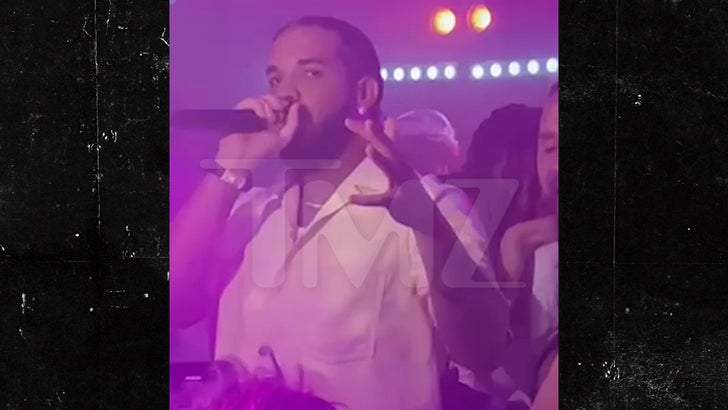 Per usual, it was a who’s-who of fame — the performers were top-notch … including appearances from Drake, Travis Scott, Meek Mill, 21 Savage, Lil Durk, Lil Baby and others.

Speaking of Champagne Papi, he actually carried a toast of sorts to honor the get-together … shouting out Mike for pulling it off once again. It sure looks like everyone was having a good time … especially the Philly boys themselves, aka Joel Embiid, James Harden and P.J. Tucker.

Indeed … tons of basketball stars were in attendance. Not just these guys above, but Devin Booker was there, as was Draymond Green, Immanuel Quickley, Carmelo Anthony, Jayson Tatum, Donovan Mitchell, CJ McCollum and more. Just about everybody in the league!

BTW … that was just the tip of the iceberg as far as celebs. Others in attendance … Jay-Z and Beyonce, Kendall Jenner, Charlie D’Amelio, Robert Kraft, Fat Joe, Yo Gotti, Emily Ratajkowski, Kaia Gerber and Ryan Seacrest, no less. Like we said … hella star-studded.

Looks like everyone had a ball. Can’t wait to see it again all happen next year. 👏🏽