Mike Tyson is famous for his love of pigeons. The retired boxer and Hangover star loves collecting and breeding pigeons, and never shies away from discussing his passion for the birds.

Over the years Tyson has collected thousands of pigeons, raising many of them himself. An experienced breeder, Tyson forms a close bond with all of his pigeons and invests a lot of time in their care.

In fact, Tyson has such a strong connection to his pigeons that he’s able to read their emotions solely through observation. 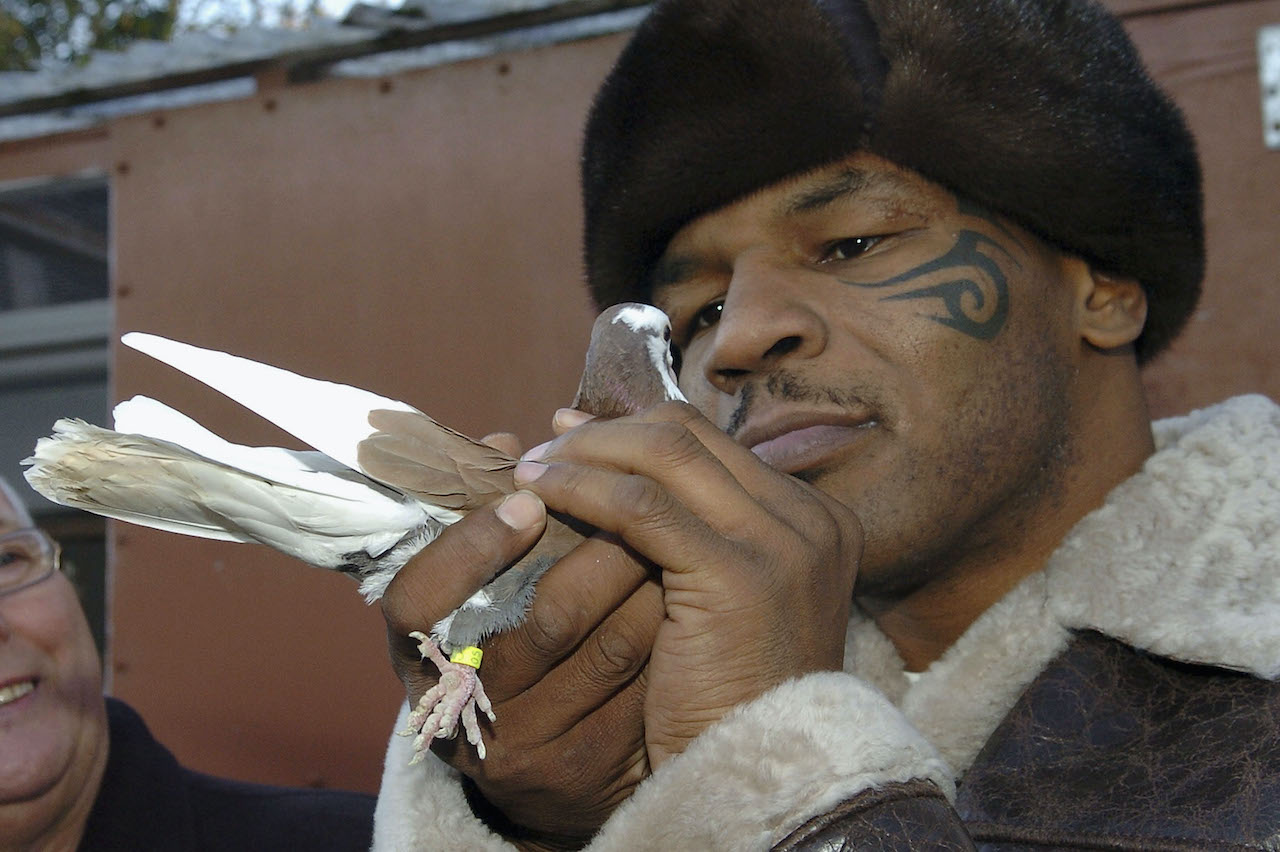 Tyson talked about his emotional bond with his pigeons during a resurfaced 2016 interview with Graham Bensinger. During the interview, Bensinger revealed that Tyson’s wife told him that Tyson could tell how his birds were feeling whenever he spends time with them, then asked how Tyson’s able to gauge their emotions.

“It’s just from trial and error, it’s being around them since I was nine,” Tyson said. “It’s just easy, you know. It’s over and over, repetition. They’re like us. It’s the same thing, over and over.”

He really loves his pigeons, despite the challenges of raising them

Even though raising them is a challenging and costly process, Tyson can’t resist his love for pigeons.

“It’s just my first love ever, birds. Flying pigeons,” Tyson admitted. “I was an animal freak, and I know it sounds weird, animal freak. Even though PETA’s always kicking my butt, but I just love animals.”

Tyson did admit that he struggles with administering his pigeons’ medication when they’re sick, which may be why PETA doesn’t like the idea of him owning them.

“Maybe I don’t always know the best routine on how to fix them when they’re sick, or anything, but … this is what I love, I love animals,” Tyson added.

Later in the interview, Tyson discussed the challenges of raising pigeons, which apparently have very sensitive immune systems.

“It’s a lot harder than you may anticipate,” Tyson said. “They all need—they have to have this serum for the medicine … If you look in my refrigerator, you may see a whole conglomerate and dynamics of just animal medicine. It’s very important, they’re very temperamental. Their immune system … they’ll fall to pieces at any moment.

The former champion fell in love with pigeons while growing up in Brownsville, Brooklyn

Some people might find Tyson’s fascination with pigeons odd. But according to Tyson, who grew up in Brownsville, Brooklyn, flying pigeons was a common neighborhood pastime when he was a child.

Later in his interview with Tony Robbins, Tyson also admitted that having nice pigeons meant you got respect in his neighborhood. This likely played a role in Tyson developing an interest in the birds.

“Having great birds gave you respect, and stuff,” Tyson said. “And I was a little kid, I wanted to have respect like the big guys had. But I didn’t realize you had to be big to get the respect.”

TALK OF THE TOWN: Is Samantha in her pyjamas on InstaCam?