Mila Kunis got booed on Kimmel in NY for saying LA has decent pizza: fair? 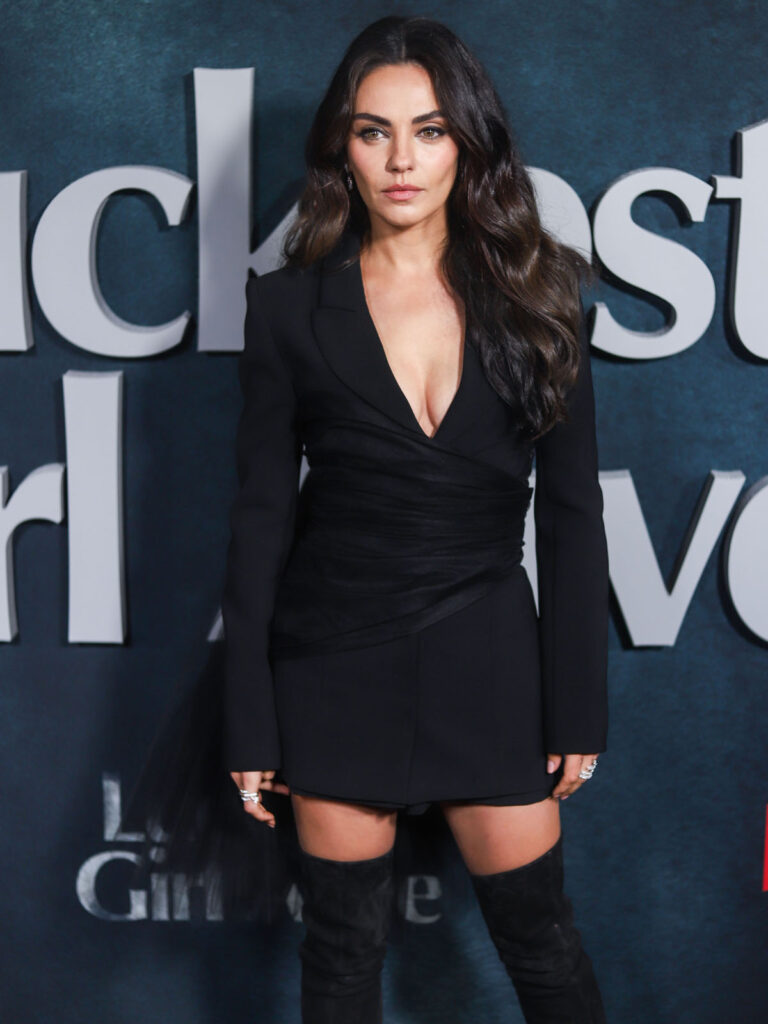 I haven’t seen Luckiest Girl Alive yet. Peridot read the book and watched it and said it was pretty good. I couldn’t convince my husband to watch it so I’m watching it tonight on my own so Peridot and I can compare notes. I wanted to talk about this interview Mila Kunis did with Jimmy Kimmel to promote it, though. Part of it was because Mila got playfully heckled by the New York audience and she worked it into her segment beautifully. But I also wanted to talk about California pizza.

Jimmy does a group of shows from Brooklyn every year, which gives his staid show a different flavor. Mila kicked things off by telling the huge wardrobe malfunction, which involved her dress and shoes being packed, but nothing else. So she had to borrow a bra and socks and they made underwear out of kids’ leggings. The story set the tone for everything else that happened. Jimmy asked Mila about her New York ties, since she lived there when her family came to America. But when she said she wasn’t from New York, an audience member booed her. It was cheeky and Mila got that, stopped mid-sentence and called it out. She then notified the audience to get ready to boo when she was about to say something considered sacrilegious in New York. When the whole audience booed her, she shouted back at them “I’m wearing children’s underwear for you!” It was during the part when Mila admitted she’d never had pizza in New York and said that California pizza was fine, then confessed that she doesn’t actually like pizza. None of that was received well, as you can imagine.

“Did you have pizza for the first time in New York?”
No I did not have pizza in New York. My dad delivered pizzas growing up… but in LA, so I ate a lot. (Audience boos) That’s mean. It’s perfectly fine pizza, guys. I am wearing children’s underwear for you!

There’s more to this story, just to get another boo, it was Domino’s pizza.

That’s not really pizza. Un a pinch it’s fine… even after your dad worked for Domino’s for two years you still like Domino’s
I hated pizza. I mean I hate pizza. I had it every day for a year. We were so poor that my dad would make us pizza for dinner and he tried really hard to get creative but you can only be so creative. My brother came out of it loving pizza… I’ll choke it down because my kids like pizza my husband likes pizza… But here’s the irony guys: my husband, for our anniversary, got me a pizza oven. He’s always been a prankster.

I’m Californian born and bred. I’ve eaten pizza in California my whole life. There are places I’d even recommend as good pizzas… to other Californians. I’d never defend our pies if I was anywhere on the East Coast. The fact that Mila grew up on Domino’s and flat out hates pizza, however, explains a lot. I admire her willingness to fall on this sword while sitting on a Brooklyn stage, though. I kind of love battling New York food egos, to be honest. Every time I visit friends in New York, they always take me out for Mexican food. I warn them not to, but they insist their place will be as good as what I can get – in Los Angeles. It never is, but I try to be polite at the time. However, when that same friend comes to visit me, I don’t even ask, I pick them up from the airport and drive them straight to the nearest pizza joint and just watch the life drain from their eyes and they eat their slice. California pizza will never compare to New York pizza, it’s true. Having a sense of humor about it, though, makes up for it a bit. And Mila handled this crowd wonderfully.

I’m glad she also found the humor in Ashton Kutcher giving her a pizza oven for their anniversary. Having a spouse who desperately wants one of those ovens and can’t afford one, I know that’s an awfully expensive joke. And I hope Mila’s aversion to pizza is just about eating it too much as a child and not bringing up tough memories of hardship and not being able to afford food. That would make that “prank” a lot more insensitive.

I admit I saw this interview before I read Kaiser’s post on Mila’s C Magazine interview. I was surprised to hear the woman who once encouraged her own child to push another child back in her own defense take such umbrage to Will Smith defending his wife.