The Nickelodeon star recently revealed she’s found a few gray hairs while on Whitney Cummings’ podcast, ‘Good for You’.

Miranda Cosgrove, 28, was quite surprised to find that she already has a few gray hairs on the back of her head. It was something she revealed on Whitney Cummings‘ podcast, Good For You, on August 19, when Whitney made it her mission to find the gray hairs on Miranda’s head.

In the clip below, which the Nickelodeon star shared on Instagram, Miranda looks stunning. The actress wore a cream and black top and had her hair in loose waves with a slight side part with highlights. Miranda posted the hilarious clip along with the caption, “Back on the @goodforyoupodcast this week and it’s always a fun time with @whitneycummings.”

Miranda can be heard admitting that she is “going gray,” and that she found the infamous gray hairs a few days ago. The news excited Whitney who admitted that she “lives to find gray hairs in young women,” as it’s the only thing that gets her “through the day”. The short clip showed Whitney picking through her hair in an effort to find any and all gray hairs.

A natural-born comedian, Whitney continued her antics by asking Miranda, “Did the person pluck it out and put it on eBay?”Miranda couldn’t help but laugh, but admitted that she “definitely has some grey hair.”

Fans immediately took to the comments to send their thoughts on the comedic moment. “the woman is literally searching thru Miranda’s scalp,” one fan commented while another shared, “Proof that years go by without us even knowing lmao someone who used to star in my favorite show as a kid is now plucking grey hairs.”

Speaking of favorite shows as a kid, the iCarly reboot recently premiered on June 17 on Paramount+ and is giving fans all of the feels. 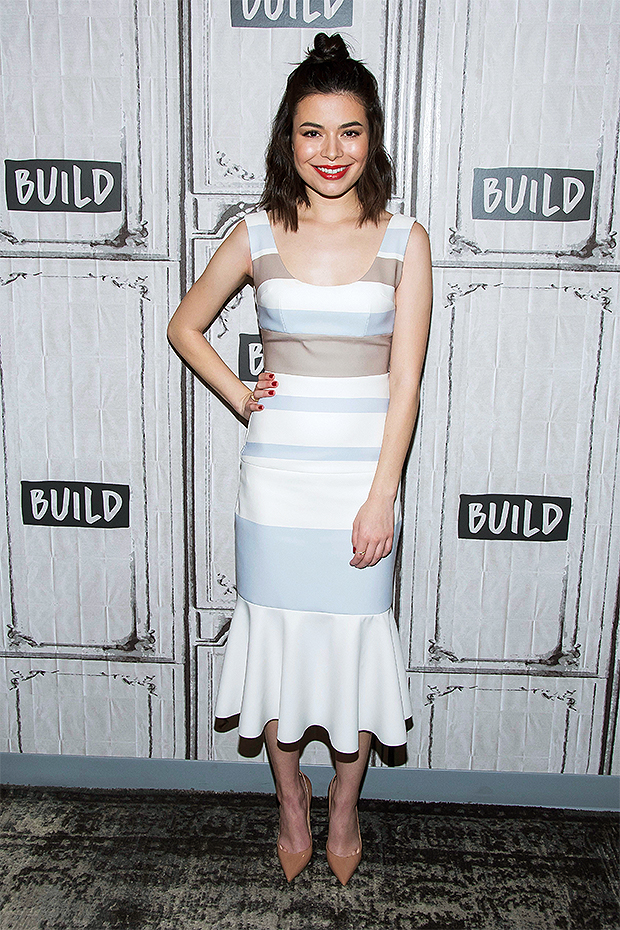 The new iCarly picked up nearly 10 years after Nickelodeon’s original show ended and finds Carly Shay, the original influencer, and her friends navigating work, love, and family in their twenties. Miranda Cosgrove returned to the iconic role of Carly along with Nathan Kress and Jerry Trainor. Original cast member Jennette McCurdy opted not to return. The original cast members who have returned will be joined by newcomers Laci Mosley and Jaidyn Triplett. iCarly initially premiered in 2007 and became a massive hit and ran for 6 seasons on Nickelodeon and has recently gotten a reboot.