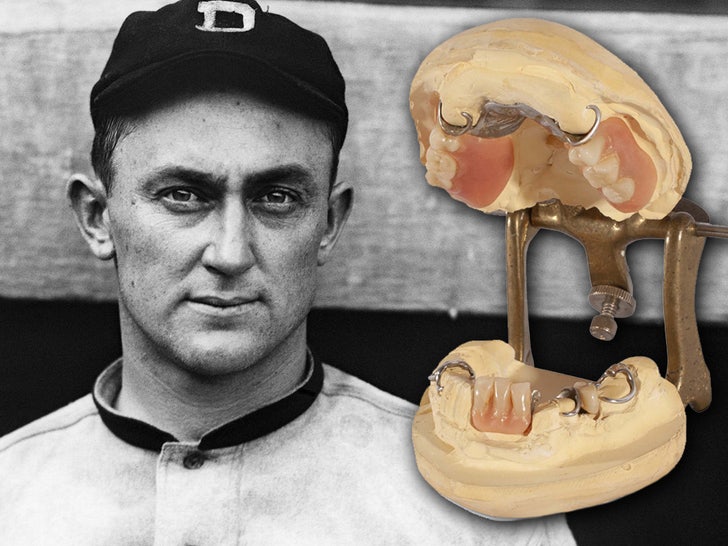 The Ty Cobb T206 is the “holy grail” for collectors, but for as much as the card is worth (up to millions), about 50 exist … but, if you’re looking for something truly unique, there’s another piece of memorabilia that recently hit the block —

SCP Auctions currently has Cobb’s chompers — top and bottom — on the block, along with the “original plaster denture holder and brass opening device.” 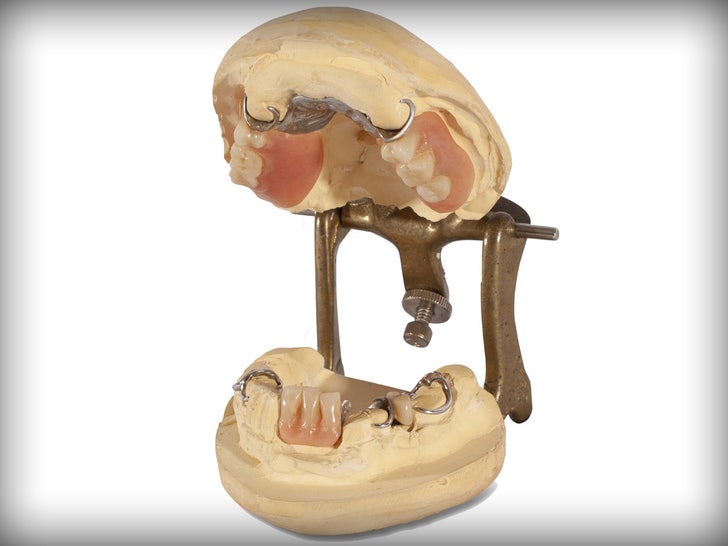 After Cobb’s death in 1961, the teeth were preserved. Ty’s biographer, Al Stump, held the teeth for years before unloading them at Sotheby’s in 1999 … to the current consignor, who held the dentures for over 22 years.

Of course, Cobb was one of baseball’s first stars … and a real problem at the plate.

Cobb was inducted into the Baseball Hall of Fame in 1936. 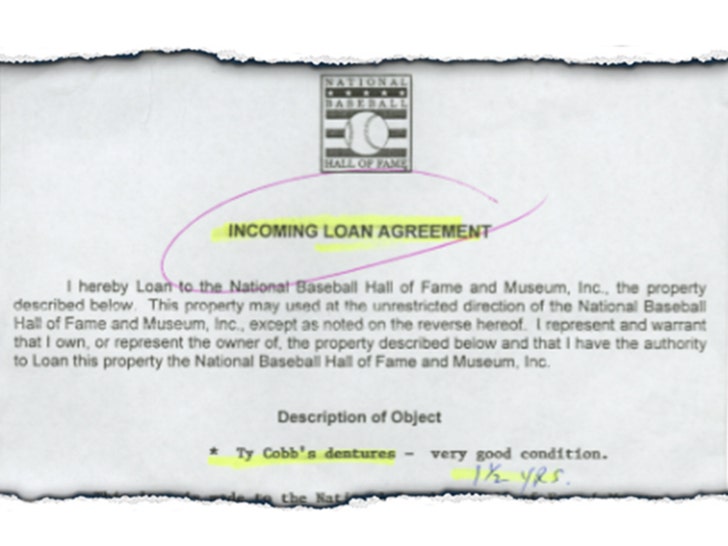 Speaking of Cooperstown, in June 2001, the teeth went on display at The Hall … where fans were able to view the one-of-a-kind item.

The auction, which ends Friday, already has a nearly $10K bid (there have been 7 total bids).